Catch up with what all the teams had to say following Saturday practice and qualifying for the 16th race of the 2016 season - the Malaysian Grand Prix at Sepang International Circuit. 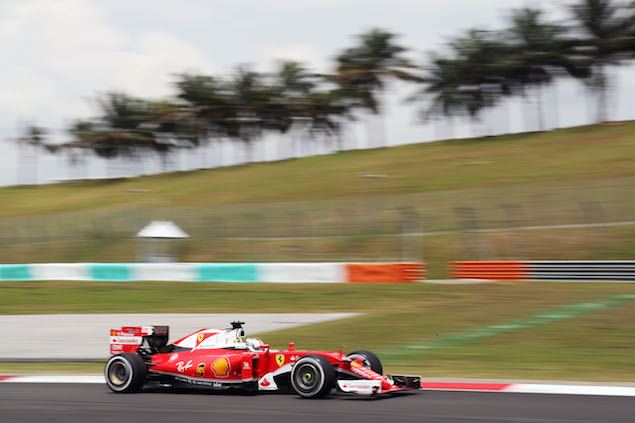 Sebastian Vettel
“We expected it to be tight, but we thought that we could have the upper hand in the end. So I am disappointed to see both Red Bulls in front of us, but they were just a bit quicker. There was not a lot missing, but just enough, just over a tenth. We need to have a look into our data and see if we can pick it up later… In the end, we were hoping to be one row higher up, so in second, right behind the Mercedes. But for the race, nervertheless, we should have a good speed: the strategy will also be important tomorrow. There is a bit of room for manoeuvre, as everybody has to use the harder tire, which might make it interesting. And then there is also the fact that we are in Malaysia, so there might be some rain, or just the heat as a factor.

Kimi Raikkonen
“It was a pretty smooth running until the last try: then I had some traffic on the out lap and struggled with the tires to make them work in the first two corners, so I ran a bit wide. It was a decent qualifying session but it’s painful when you have such a bad last try. The handling of the car has been pretty ok and I was hoping for a bit more, but tomorrow we’ll try to do better. We don’t know what will happen and obviously we are not in the ideal starting position. The tarmac is new so it’s hard to say where it’s going to go and which tire will be the best, it will be a lot down to the conditions. We have to do our own best and see what that brings in the race.”