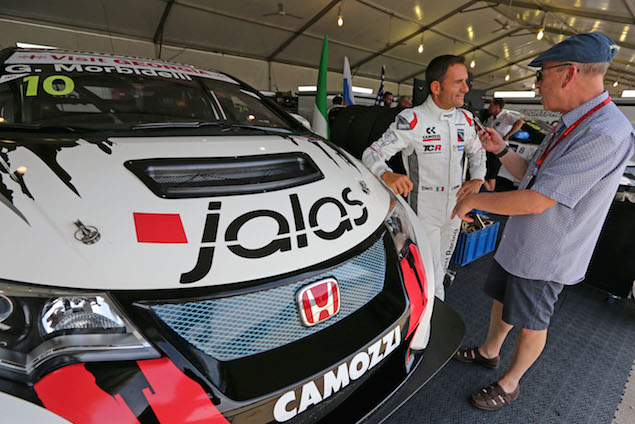 Gianni Morbidelli is the epitome of an old skool racer – give him something with an engine and he’ll race it, from karts in the late 70s via Formula 1, to Touring Cars today. I caught up with him in the Sepang Support Race paddock as he prepared to do battle in the TCR touring car series for West Coast Racing, so as you’ll see we couldn’t actually have breakfast! The 48 year old Italian took part in 90 Grands Prix, making his debut in the USA in 1990. He is best remembered for replacing Alain Prost at Ferrari for the final race of 1991 in Adelaide, after the Frenchman was sacked for describing his car as a truck! Apart from the Prancing Horse, he also drove for Scuderia Italia, Minardi, Footwork (Arrows) and Sauber.

Your father is best known as the constructor of Morbidelli motorbikes, so how come you never raced on two wheels?

I had a passion for motorbikes from a very early age, as my father gave me a gift of a little motorbike when I was just three years old, but I was constantly falling off and hurting myself. My mother had enough of seeing me covered in plasters and so when I turned 11, my father decided to buy me a kart, I had a cousin who raced in karting. So, for a bit of fun, with my father as the mechanic, we began racing karts. The more I did the better I wanted to be and so it happened naturally that I began to compete in ever more important kart races. I was then taken on by a factory team, after which I decided to venture into the car world and I tried my hand at Formula 3. I have to say that while I was karting, I never once thought about racing in Formula 1. I was doing it just for fun, which I believe is the right spirit with which to tackle any sport. First and foremost it must be fun.

It’s not quite like that today, with most youngsters seeming to want to get through the lower formulae as quickly as possible.

The whole world of sport is getting younger: if you look at gymnastics, 14 year olds are competing in the Olympics, as is the case in swimming and athletics. Look at golf, it used to be a sport for 40 year olds upwards and now the top champions are in their late teens and early twenties. I don’t know if that’s good or bad. But I do think sport is lacking the right spirit now. It is no longer the right environment in which kids can grow, in which they can compete for fun and develop on a human level. The fun aspect is missing and these days, youngsters take part with the idea of playing football in the Serie A, or at International level or of becoming a Formula 1 driver. In my opinion, whatever sport you choose the first thing is you must want to enjoy it and show off your talent. 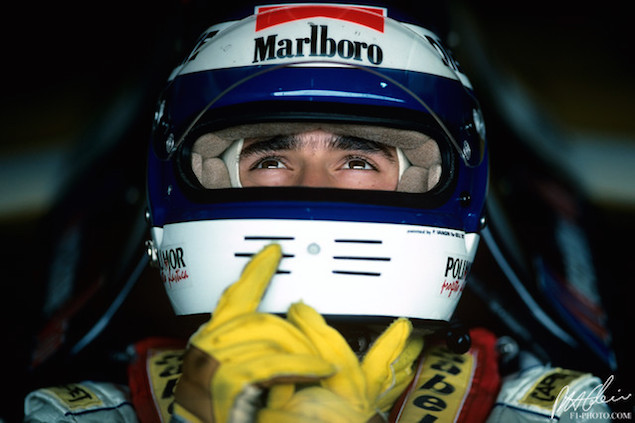 Thanks, I’ll take that as a compliment. Maybe I missed out on some opportunities to show what I could do, but life is made up of incidents and occasions and you have to know how to make the most of them. I probably made a few mistakes that meant I wasn’t able to find myself in the right place at the right time, which would have allowed me to show what I could do. I was committed to Ferrari when I began to get close to Formula 1 and I was fortunate to get a contract from Cesare Fiorio as the Ferrari test driver and I grew up a lot with Ferrari, on the human front and also technically. Then there was a change of management and when that happens in a large company, inevitably, if you are part of the old structure, you have to go. I did get to race a Ferrari just the once and I made the most of the opportunity. But it was a very unlucky situation as it was held in a torrential downpour. It turned out to be the shortest race in the history of Formula 1.

You were third in Adelaide when they stopped it, but the classification was taken a lap earlier when you had been sixth.

But life is also made up of chance moments and there’s no point in beating oneself about it. No point crying over spilt milk when there’s nothing you can do. Life is a journey and you have to accept everything that comes your way. So I am only partly happy with how things turned out as I’m the sort who always wants more. However, I have plenty to be thankful for, because for 35 years I do a job which is also my passion, which brings me great satisfaction and I’m very lucky in that respect. There have been ups and downs of course as there are in life, so you also have to accept situations that are less than perfect. You can’t fight destiny and whatever it throws your way, you have to accept. 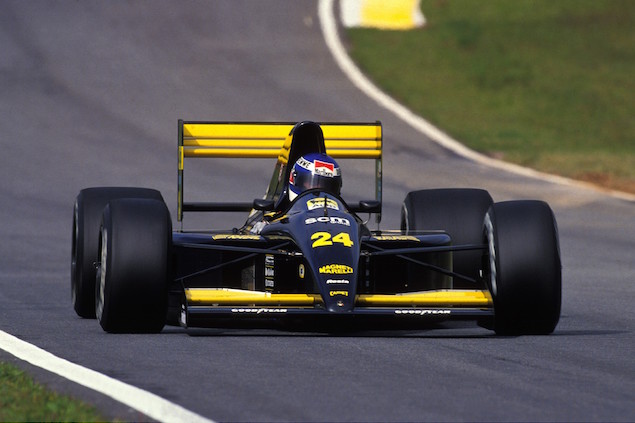 Focusing on Adelaide with Ferrari, you were on holiday when you got the call…

I got a phone call from Guido Forti, (the man behind the Forti F1 team) who was for me like a second father: he followed me in Formula 3, he helped me get to Ferrari, a person who did a lot for me and was very generous. He rang me while I was on holiday in Port Douglas (after the Japanese GP) and said that the following week I’d be driving for Ferrari not Minardi. I thought he was joking, but he said “no it’s serious, are you up for that?” How could I refuse, I knew the team, I knew the mechanics, I knew the car and it was really the best present I ever got in my life. It was an emotional moment but at the same time it came with a lot of pressure. I was young at a time when in Formula 1, youngsters were not appreciated very much. There were Senna, Prost, Mansell, Berger, Piquet, Boutsen and Patrese, all drivers who’d been in F1 for a decade.

It was a job for life…

Exactly, and youngsters weren’t considered up to it. But it was a fantastic experience. As I said earlier, unfortunately the weather was terrible that day. But I really believe I did a good job that weekend, I didn’t make any mistakes in very difficult conditions and when they waved the red flag there was Senna, Piquet and me. But it didn’t lead to anything for me. I did another season with Minardi so I wasn’t able to exploit that race with Ferrari or at least it didn’t open any doors for me. That was down to luck and happenstance. Then, when I went to Arrows I had two really good seasons.

You got on the podium with them…

Yes, again in Adelaide, that was my payback, my rematch. And I spent two wonderful years with (team bosses) Jackie Oliver and Alan Jenkins. I think they were the best two years of my career in Formula 1. However, there was no money, to the extent that Oliver had to sell the team to [Tom] Walkinshaw. And I found myself out of work. If Jackie Oliver had landed a big sponsor for those years I could have continued. Unfortunately, it’s a question of luck. If you look at [Jarno] Trulli and [Giancarlo] Fisichella, they had long careers thanks to the support of [Flavio] Briatore. I often say this sport is like a horse race: you choose your horse and then, if it goes lame, that’s just bad luck, but that’s life. 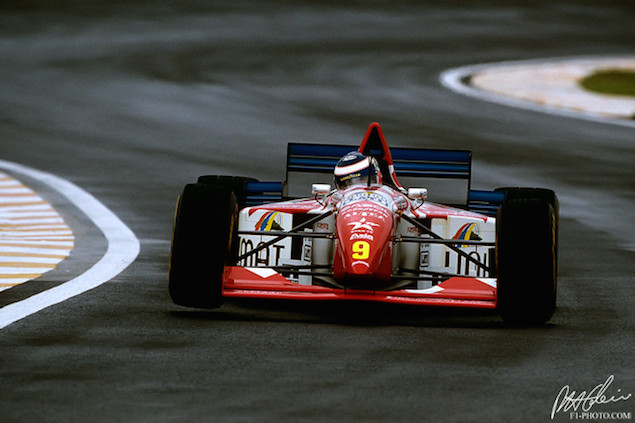