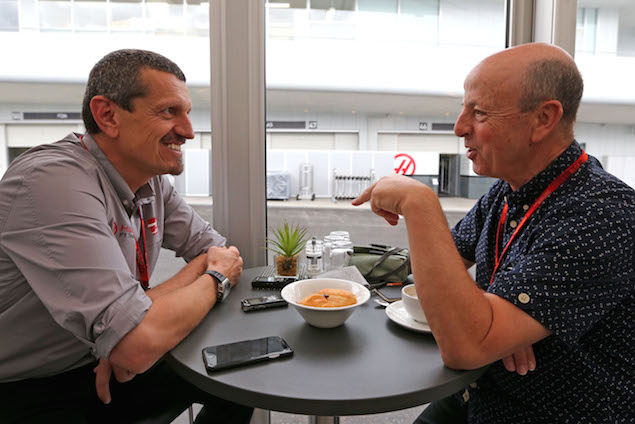 One could say the all-American Haas F1 team suffers from something of an identity crisis with homes in the USA, Italy and the UK and when it comes to defining the nationality of its Team Principal, one encounters similar degrees of confusion. Guenther Steiner – for it is he – sounds as though his name is German or Austrian but he hails from Italy, while also possessing an American passport. That aside, he’s a straightforward chap with a refreshing (for Formula 1) no-nonsense attitude to the job.

How did a little lad living in the remote Italian Alps decide to work in motor racing?

Because he liked it. Where I come from, motor sport is forbidden now, but back then there were hillclimbs at Mengolah and Bondone. I used to beg my father to take me there to watch. Then after my Military Service I went to Belgium to work for Mazda Rally in Europe.

Yes, but I didn’t finish.

Rallying, do you miss it at all? Wasn’t rallying more engaging than motor racing?

Rallying as we remembered it has changed and a lot of the adventure part has gone out of it. It’s more like circuit racing linked by public roads. In the old days you had to fly around in helicopters, rush around in chase cars and that was all part of the adventure and if you included the testing period you were out on events for a long time. The level is not the same as it was in the days of Toyota and Lancia. Now it seems to be more like a small sport on the sidelines, not big like in the Group B days.

Compared to that, is running a Formula 1 team easier?

Logistically and operationally, rallying was far more complex with aeroplanes – two of them so that one was always in the air - and many service vehicles, all using radios as there were no cell phones back then. I think that was part of the excitement and you learned a lot as you have to make a lot of decisions in a very short time. It was pretty cool! 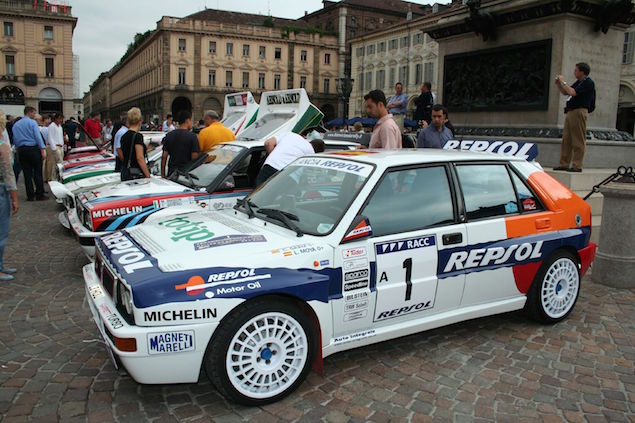 Working for the Jolly Club team with the Lancia Integrale, that was a lovely car…

It was a great car and a great time and I was at an age when I was up and coming and working with one of the biggest teams with a big budget. There were no constraints; as long as you were going to win it was fine. There was no limit on spending and, at the time, we had more money than sense. We would never run out of money, we would run out of ideas. Now you have to be more careful, but back then, if something made you go faster you did it.

What would happen if F1 was like that again?

It would end up with only one man standing because the income is not there these days. I guess in the old days the technology was cheaper because it was simpler so you could get the money to do what you can do.

And then you moved to work with the two biggest UK-based operations, Prodrive with David Richards and M Sport with Malcolm Wilson.

Malcolm helped me to get the job with Prodrive at a time when Italian motor sport was in trouble, you know why. We won’t talk about that, no one wants to go to gaol!

Putting all the money in the laundry?

So if you wanted a career in motor sport you had to move away from Italy. So Malcolm put me on to David Richards.

I used to work with Malcolm when he was still a driver, when I was at Austin Rover.

So when did you make the switch to going round and round in circles on race tracks?

Oh, I can’t remember. When did I go to Jaguar? 2001? I was at Ford with the World Rally Car programme and Niki Lauda was looking for people for the Formula 1 programme. I didn’t know him at the time.

He wanted someone who spoke with an accent as weird as his?

No, it was because of my talent. He asked, “Are there any talented people at Ford?” And the reply was “There’s Guenther.” The guy lied!