F1i's Chris Medland sits down with Nico Rosberg in Mexico to see if he really isn't thinking about what it could mean to win the world championship... 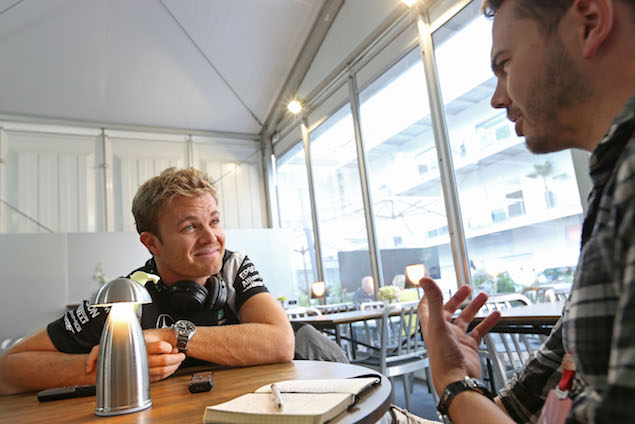 “I’m not ignoring it, I know it’s there. It’s awesome that it’s there.”

How hard is it to keep this approach going the closer that goal gets?

“It’s not that hard. It’s just a matter of deciding what you want to focus on. Of course I’m aware of all the opportunities and everything. It’s awesome that I’ve had such a great season that I’m in this position now. To do the best performance my feeling tells me to focus on the race, and it works.”

It must take great mental strength to be able to do that and block the rest out?

“It’s not blocking, it’s accepting and just channeling on the now, and that’s it.”

Did it all start here last year? When you came to Mexico, all you could do was focus on the race…

“No. I mean, I’m sure I learned something from that difficulty as well, as always. I always like to try to come back even stronger from difficult moments but I wouldn’t say that still has an influence now.” 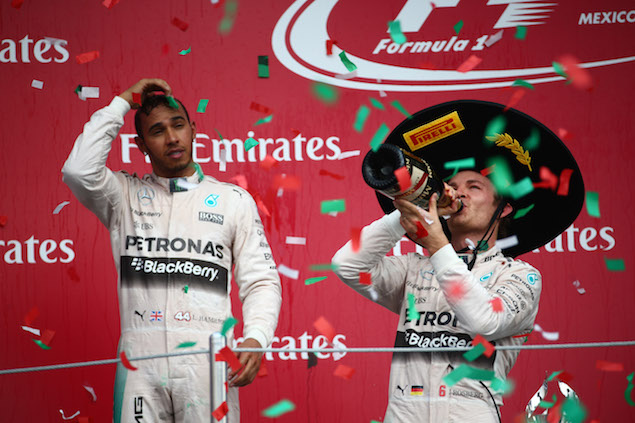 Never a point you thought about it?

Just fell into it?

No outside influence? No mental coaching?

“No. It makes sense though, doesn’t it? It just simplifies it. You’d do the same.”

Are you saying you weren’t doing it before?

“Just from the beginning of the season, that’s the approach I’ve taken.”

So in previous seasons you weren’t quite getting that right?

“No… I don’t really know how I was going about it in previous seasons. I don’t know.”

You had a great run at the start of the year but then just one win in eight. After the summer break you came straight back and took full advantage of every opportunity to win three in a row. Does that show how you didn’t let what had happened before the summer get to you?

“But I’ve always managed to do that, in all the years. Difficult moments have never held me back, I would always come back stronger. I try to come back and learn from difficult moments. That’s what I do and I’m proud of that.”

That must give you confidence? 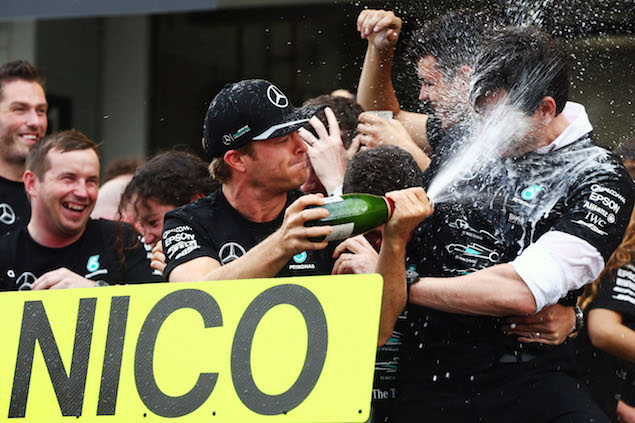 What about the influence of your family as well? You became a father last year…

“For sure that plays a role because I’m just a more happy person now and more balanced in my private life. It’s wonderful … wonderful to have a daughter. So definitely that will help a little bit, yeah.”

People say Lewis gets away from F1 quickly with his lifestyle and that works for him, I guess you do that too in a different way when you go home to your family? You’re getting away from it in that sense?

“Well I don’t need to get away from anything, but yes it’s nice to have an environment which is more relaxed and to recover a little bit, yeah. And yeah, to go down a different path because family is like the absolute opposite to the F1 world.”

Do you struggle not to take results home with you?

“For sure. I take them home, definitely. It’s not like a switch that they suddenly stop when I come home. I’m excited when I’ve won, it takes a few days to sort of calm down again.”

When you’ve had a bad weekend? 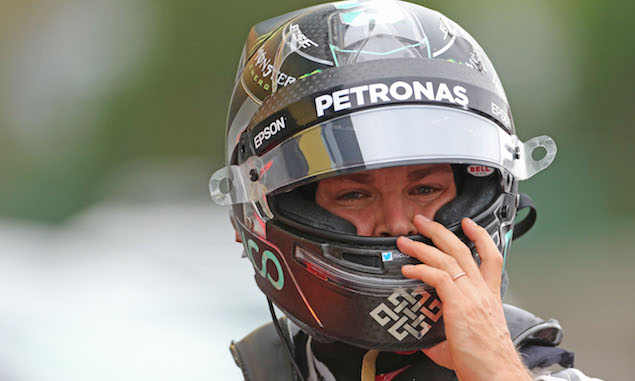 That must be heightened in a championship battle over the past three seasons compared to before?

“Has it heightened? No, not really. Even single events is such a thrill when it goes well and such a disappointment when it doesn’t go well.”

Do you think people underestimate how big a deal it is to get to the starting grid and win a race on a Sunday with all the media, PR, sponsorship etc you’ll do over a week?

“Well there’s always that tendency to see these guys racing these incredible cars and people might think they’re a bit superhuman but that’s not the case.”

In that sense, how hard is it to deal with so much more on top of just competing in a massive global event?

“That’s part of the job, isn’t it? There’s so much more to it. It’s not just turning the steering wheel and driving fast, it’s all the rest of it that adds in. There’s a lot more to it.”

A big topic has been reliability this season, something outside of your control. Do you feel that has been unfairly focused on this year?

“That’s not something I think about, fair or not fair. I couldn’t tell you if the focus is fair or not.” 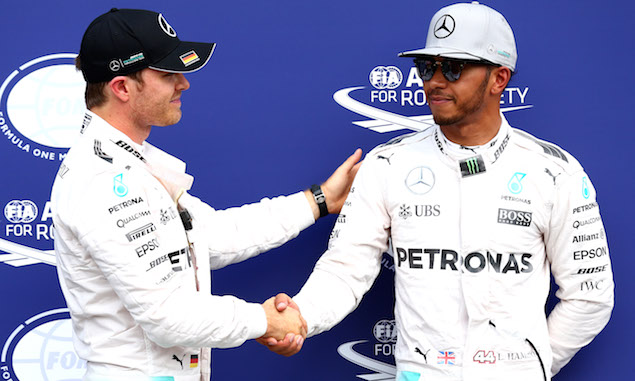 If you look at last year you had a run of Monza, Singapore and Russia - two retirements for you where Lewis won and one for him where you couldn’t capitalise due to the car being off the pace - do you feel…

But do you feel those reliability issues were overlooked as Lewis wrapped up the title, whereas this year they’re the focus?

“Oh, jeez… No, I don’t know. I don’t delve into these discussions because that is not something that is within my control at all and there’s no point to dig into that. It is what it is, it has always been a part of our sport. Sometimes it favours one guy and then the other guy. It’s always to-ing and fro-ing. That’s normal.”