Catch up with what all the teams had to say following Saturday qualifying for the 19th race of the 2016 season, the Mexican Grand Prix at the Autódromo Hermanos Rodríguez. 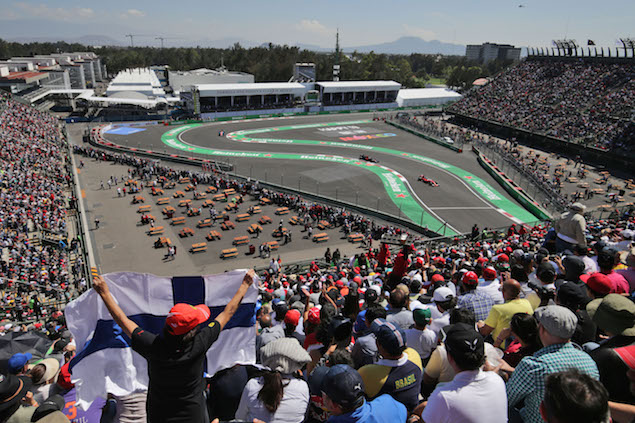 Sebastian Vettel
“I am very disappointed, because the car is quick. Our Q2 had been a walk in the park with the Soft tires. I had a much better feeling, but then with the Supersofts we were nowhere. Yesterday we were gaining quite a lot on the Supersoft compound and today we didn’t gain anything. We tried a couple of things, but in qualifying you can’t turn the world upside down: so now we need to have a look and see why. Everybody improved on the Supersofts, more or less half a second – everybody except us. The car is quick, there is nothing wrong with it, and we start where the car doesn’t belong. It doesn’t make our race easier to start further back, but I think we still have a chance.”

Kimi Raikkonen
“In Q1 the feeling with the car was good, better than in the morning during P3. Then in Q2 it was quite tricky to get the tires work consistently and to know where the grip was. In the last qualifying stint we were getting there again, but in the first run I felt it a bit odd in the last part of the lap and felt I could have gone faster in a few places. On the second try, for whatever reason, I had no speed in the straight, something was not right and we could not even try to go faster. It’s a pity because I think there was easily quite a lot of speed there today, but we couldn’t use it. Now we have to find out what happened. Obviously it’s disappointing where we finished today but tomorrow we’ll see what we can do.”