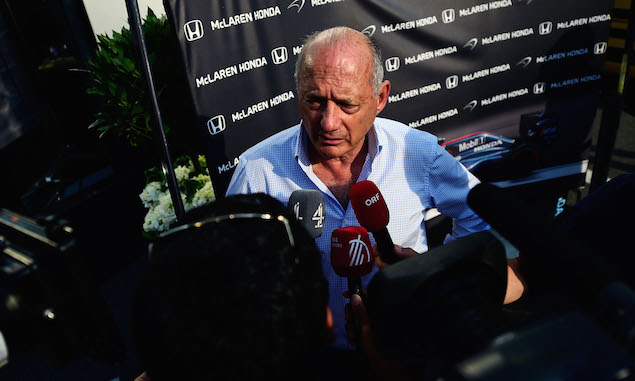 So that just leaves Frank and Bernie now. Ron Dennis hasn’t actually died, but in this small, introverted, navel-gazing world of ours, he might as well have done, if he’s no longer going to be prowling the McLaren garage, his garage, with a generally condescending, supercilious look on his face, just occasionally replaced with that slightly frightening smile that lights up a room…like an electric chair.

Of the dinosaurs that stalked the F1 planet – Enzo Ferrari, Colin Chapman, Jack Brabham, John Cooper, Bruce McLaren, Ken Tyrrell, to name but a few – only Frank Williams and Bernie Ecclestone are left and, for different reasons those two are not quite as important as they were in their heyday. The majority of the current crop of team principals are simply employees and their name isn’t written above the factory door. In most cases, they wouldn’t know the difference between a clutch plate and a dinner plate, having got the job because they bought their way in, happen to be the right nationality, were in the right place at the right time, or are career motor industry people.

Ron Dennis is approaching his seventieth birthday and only in a sport where the head honcho is in his late eighties would it be considered normal that the McLaren boss refuses to go gracefully. But this is a man who has the unfortunate knack of even making a compliment sound like a snide remark and a dignified exit is just not his style. His winning days are well behind him -  the team hasn’t won a Grand Prix since 2012, nor a title since 1999 - but he is a totemic figure in our sport and his departure, if not exactly regrettable, is sad at least. 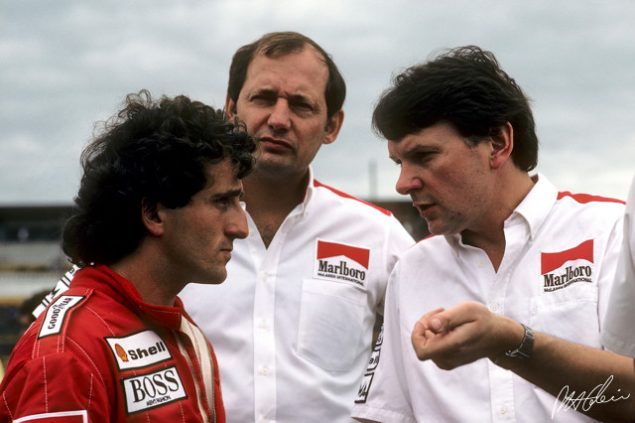 When I first started in F1 in 1987, I wasn’t even sure what Ron looked like and had assumed that another McLaren person was the team boss. Surely the boss couldn’t be that bloke picking up a piece of dirt off the garage floor, operating the lollypop during pit stops or rushing to bolt on a Gurney flap when a car needed a quick rear wing change. On top of that, back in those days, the team bosses and “senior management” wouldn’t be seen dead wearing the same team kit as the drones in the garage, but Ron was the first to adopt a one uniform for all policy, thus giving sponsors better exposure.

It was when I joined Honda the following year that I came to know him better and I had nothing but respect for him, respect for the way he handled my Japanese masters, respect for how he handled the Senna-Prost dynamic – better than he would later deal with the Alonso-Hamilton pairing - and given that McLaren-Honda won all but one race that year, you had to admire how he had put a winning team together.

It was at the end of that brilliant 1988 season that I had my first experience of Ron’s “sense of humour”. It had been pointed out to him that the Honda Christmas card implied that any old chassis could win the World Championship if it had that fantastic V6 turbo in the back. At the end of Christmas lunch at the Woking factory, I was duly “tried and sentenced”, taken into the workshop, hosed down with water and covered in flour, before being brought back into the canteen. Like many people in a position of power, his humour seems to rely on laughing at others.

But he can laugh at himself too. I was invited to a sponsor evening at the German GP one year and was asked to sit opposite him to “help” him with a trick. I had to copy everything he did – touching his left ear with his right hand, looking right and left and at some point in the middle of this, drink a glass of water. Finally, Ron twisted his ear, like turning a tap and squirted the water that he hadn’t swallowed, straight at me. Much laughter from assembled sponsors as Ron explained the trick was done under “FIA rules.” (he was embroiled in some dispute with them at the time.) “FIA rules Ron?” I replied. “You should have said.” And with that, I grabbed an ice bucket off the table and threw the contents all over him. He saw the joke. 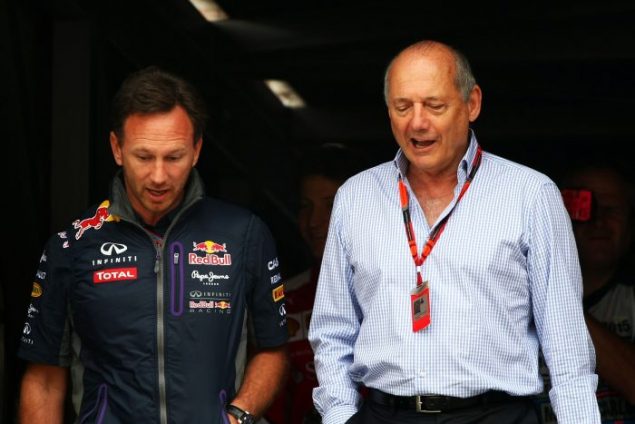 However, more subtle humour eludes him and I think he pretty much stopped talking to me when I worked for the Red Bulletin, a daily paper handed out to everyone in the paddock from 2005 to 2008. Ron hated it and allegedly asked for it to be banned at a meeting of the World Motor Sport Council. He respected the late Alan Henry more than any other journo and when Alan told him the Bulletin was satire, Ron asked if satire was a good thing. Certainly, when it comes to irony, Ron probably reckons that’s what his housekeeper uses to press his shirty.

I bet Ron hasn’t even noticed he stopped talking to me, which I regret as he can be fantastically good company. I’m sad he won’t be in the paddock from now on. I’ll miss listening to him murder the English language, as he embarks on some lengthy dissertation in RonSpeak, although I don’t believe he will be missed when it comes to McLaren’s F1 operation. What the paddock will miss is a man of great compassion, kindness and loyalty. I experienced it at first hand once and although my situation didn’t require any financial assistance, on more than one occasion, Ron has helped journalists financially in times of need. He is fiercely loyal to his staff and they to him: one employee once got into the sort of jam that would lead to instant dismissal in any normal business, but Ron helped the person to sort out his problems and kept him on. Formula 1 will be losing a truly infuriating person, but it will also be losing a man of integrity and a real racer.

And, to use one of my favourite Dennis malapropisms, you can quote me verboten on that.

From the cockpit: Felipe Nasr on two precious points

When F1 team-mates fight for the title