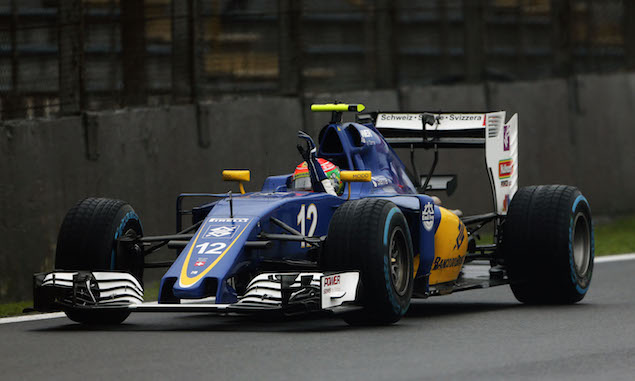 As I said in the heat of the moment, the result of the Brazilian Grand Prix felt like a victory. After such a long dry spell both the Team and I managed to score a delicious two points which mean so much. And among all the mathematics properties of the number it also now has a special meaning for us. It is our precious jewel that has provisionally opened the door for us to finish in tenth place in the Constructors' Championship!

The rain as I was expecting and hoping for managed to lower the comparison bar and gave us the opportunity to score those long wanted, expected and deserved points. After the individual dedication of so many of us and such intensive collective nail-biting, we had a very tiring but happy moment. Our precious first points of the season are with us.

It was far from easy as I am sure all of you that had the opportunity to watch or heard about are aware of. It was a long, three-hour race which factored in many other dimensions besides time: anxiety, control, and eventually an explosion of emotions. More than once I was aquaplaning (oops!) and having to get back control of a car that insisted on having a mind of its own. More than once Sauber kept its fingers crossed - usually while I was aquaplaning! - while punching the calculator to see where those precious points were taking us. 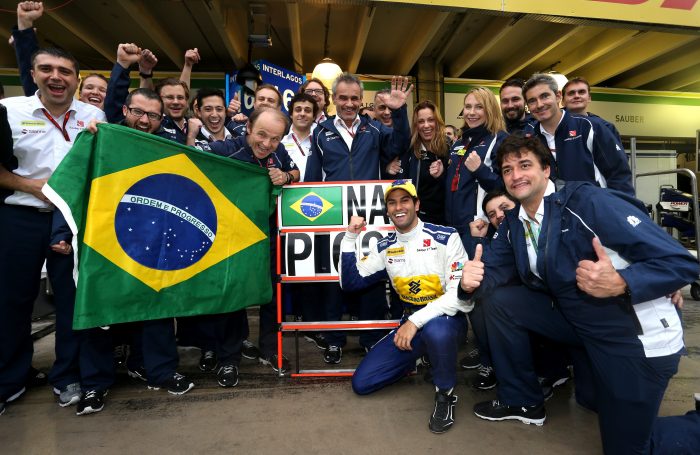 Stop, go, half points, continue to the end, another Safety Car... We had to be there in the cockpit ready to attack or/and defend without losing concentration and being faster all the time. I even managed to do my fastest lap on the penultimate lap of the race! At the same time, I wanted it to finish and wanted to continue to savour the atmosphere, the incredible Brazilian public and the enthusiasm of my team.

To score the result in front of the Interlagos crowd was such a special moment and one I will never forget.

We still have Abu Dhabi to race next week, before we can focus full-time on next year and hopefully properly celebrate. Meanwhile, I can only say that: Never have so few points meant so much for so many.