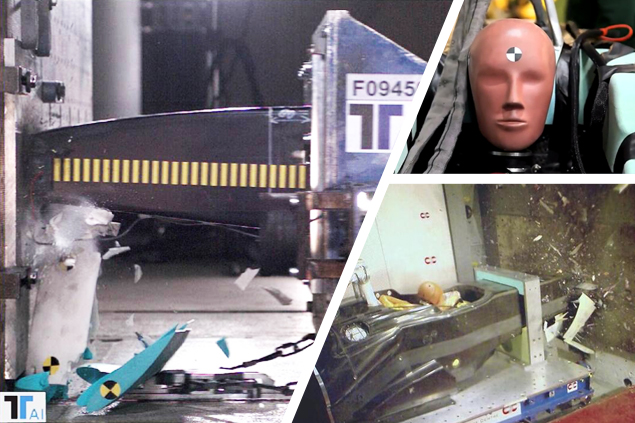 The FIA has not changed its already stringent crash tests for the new breed of F1 cars. Theoretically, 2017-spec machines should actually pass these more easily given their wider tracks (stretching from 1800mm on last year’s models to 2000mm) and wheelbases that should be slightly longer as well.

F1 crash tests are carried out in a very scientific way and in the presence of an FIA delegate. They take place in one of three certified test centres: the Cranfield Impact Centre located between Bedford and Milton Keynes, i.e. F1’s hotspot in the UK, the Transport Research Laboratory, also in Britain, and the CSI facility in Milan.

The impacts are shot in slow motion so all details can be scrutinised. Any Formula 1 car must go through 19 FIA tests to be cleared for action, from frontal impact tests to static load tests. 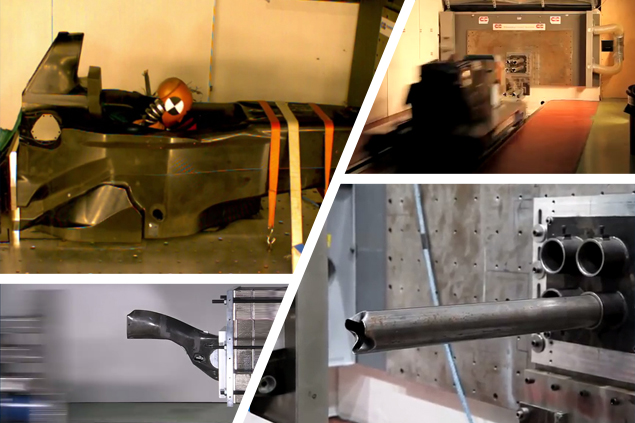 In one of the first dynamic tests, the nosecone is attached to a cart, which is pulled by cables and thrown at a wall at 15 miles per second. Weighing 780kg, the overall unit hits the wall headlong at 54kph (around 101kJ).

While this seemed grossly underestimated compared to the top-end speeds reached in F1, one has to bear in mind that the wall is non-deformable whereas safety facilities around the circuits primarily comprise deformable structures, such as tyre walls and Tecpro barriers, which absorb most of the energy released in a shock.

What’s more, low-speed impacts offer greater accuracy when assessing absorption capacity on any component. After the test, the part’s deceleration limit is established for this speed, which will then be speed-adjusted following further calculations and extrapolations.

The impact shatters the nose into a myriad of carbon fibre particles, which bear the brunt of the shock so the survival cell can remain intact. To pass the test, the cart’s maximum deceleration must not go over 45g. What the FIA scrutinises here is not as much nose solidity as the chassis’ ability to absorb shock energy, according to seven specific criteria.

A second dynamic test consists of attaching an aluminum plate to the survival cell, with a 75kg crash test dummy strapped in, mandatory extinguishers installed, and the tank filled up with water.

Weighing between 900 and 925kg, the cell is then pulled by cables and thrown at six metal tubes while doing 40kph, resulting in a 87kJ impact. Shock absorption is not the main focus this time around, as F1’s governing body is more interested in checking whether the monocoque, safety belt mounting points and extinguishers have remained undamaged. Still, the deceleration force is measured on the dummy’s chest over a 3ms period.

Other dynamic tests help assess the deformation of the rear crash structure, as well as that of the steering column (to ensure the steering wheel can be removed even after an impact). The results are obtained by projecting a weighted object at the car.