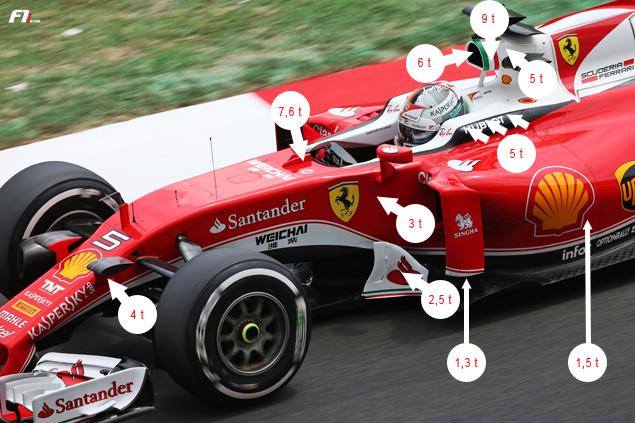 Dynamic impact tests are completed by static load tests, during which various loads are applied on several areas of the car for set periods of time.

– on each side of the chassis (3 tons at the survival cell’s midpoint, 2.5 tons at its lowest end)

– on each side of the cockpit, at rim level (5 tons applied in three different points)

Meanwhile, the roll hoop has to withstand loads at different angles – 5 tons laterally, 6 tons longitudinally and in a rearward direction, and 9 tons vertically – without its deformation exceeding 25mm. 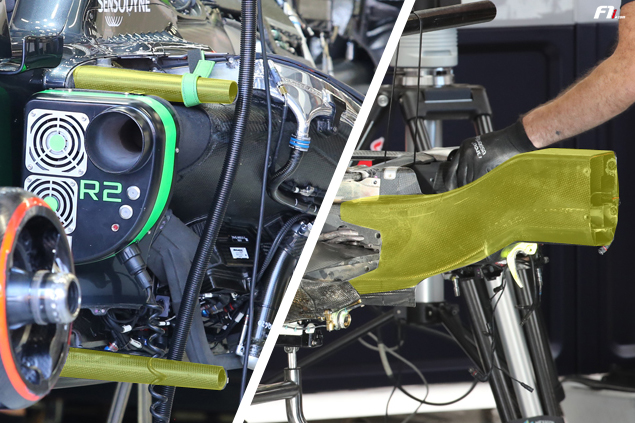 Since 2001, a side intrusion test has been carried out to make sure the FIA’s anti-intrusion provisions are respected. To that end, a zylon panel, which is at least 6.2mm thick, is bonded to the sides of the survival cell, with its solidity assessed via a 500mm2 model.

Finally, deformable crash structures are scrutinised to ensure they can withstand various loads. For instance, the nose must not be damaged under a 4-ton load. 2017-spec nosecones have had to pass two such tests against only one previously. Same drill for the rear crash structure, while push-off tests try the side impact structures under different loads and at various angles.