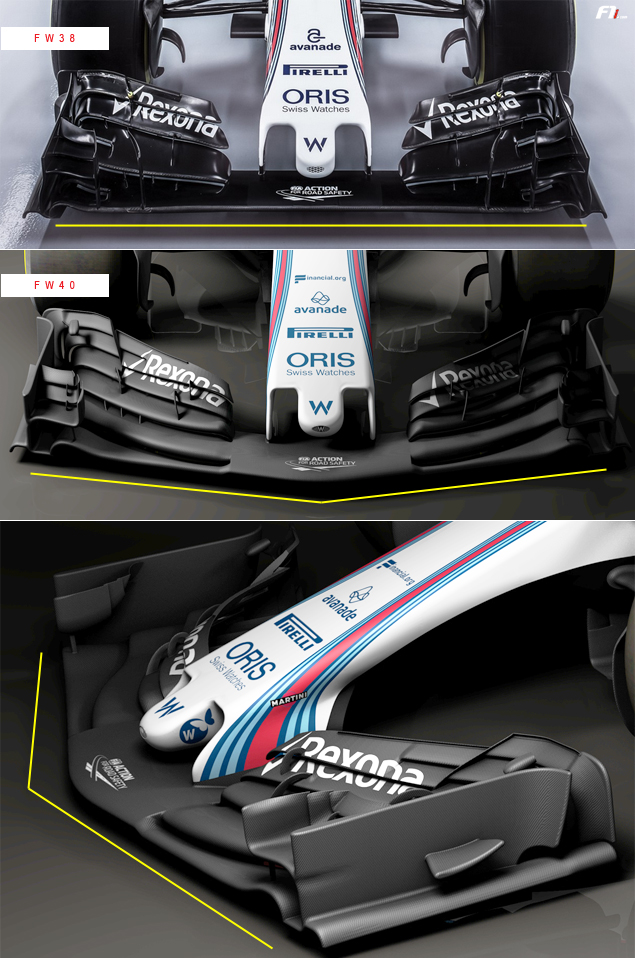 Let’s start studying Williams’ latest challenger by focussing on its front end. The front wing span has gained 150mm, going from 1650mm to 1800mm, and sports a swept-back design with an angle of 12.5° between the tip of the wing and the endplates.

The outer section of the Williams front wing has kept the arched installation aimed at creating a vortex to drive away the dirty wake coming off the wider front tyres. The overall concept bears a lot of similarities with the final design trialled by Williams in 2016.

The British team introduced an experimental front wing in Austin last year, which featured an extra pair of fences. The rendered images of the FW40 do not include these areo elements so one may surmise that the Williams will most certainly sport a different front wing design when hitting the track for pre-season testing in Barcelona next week.

Last but not least, one can notice that Williams has retained the thumb-tip nose design that has been a distinctive trait on Grove’s chargers since 2015.