Williams continued its recent tradition of unveiling its new Formula 1 car first by releasing a video of its 2017-spec FW40 last Friday. Although the rendered images only offer a glimpse into Grove’s latest challenger, Nicolas Carpentiers takes a closer look at its main features. 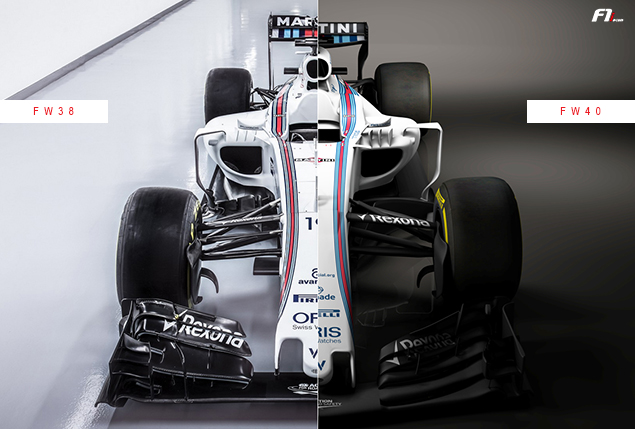 Williams might have undercut all other Formula 1 teams in taking the wraps off its new car first, the Grove-based outfit’s rendering of its FW40 (in celebration of the team’s 40 years of racing) outlined the main characteristics of 2017-spec chargers without giving away too much either.

This year sees the introduction of wider and lower cars fitted with bigger tyres, though the rendered images prevent any in-depth comparison. Although the car’s increased girth is evident, its sidepod width remains below the maximum authorised breadth. However, the floor, which has gained 200mm compared to last year’s model, highlights the stretched frame of the car.