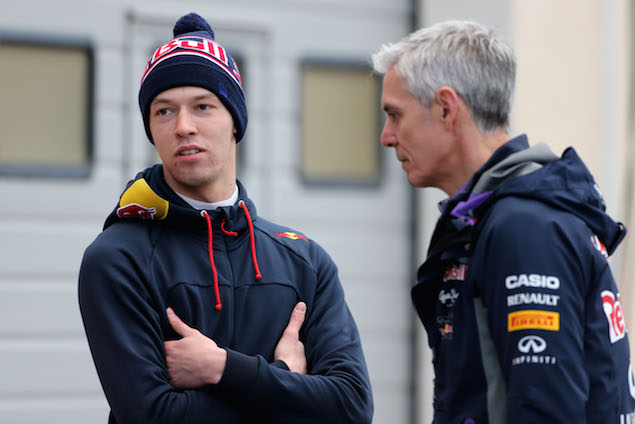 It’s not the first time there’s been a mid-season driver change at Toro Rosso, although nothing quite as early as Race 5, but never before has the merry-go-round affected so many. It’s clearly going to be the hot topic of our first weekend racing back in Europe at the Montmelo circuit, especially as a Spaniard is involved. Carlos Sainz is staying put. For him, there’s been no excitement of introductions to a new team of engineers, no taking delivery of a different race suit, just the knowledge that he now has to earn his place at Toro Rosso all over again, banking on his greater experience of this year’s car and Ferrari power unit to give him the initial edge over Daniil Kvyat. In simple terms, he has been overlooked in favour of Max Verstappen and the reason is that, despite all the talk of what a great talent he is, he has not yet created the same buzz as his former team-mate. I don't just mean in terms of what he can do in a race car, but also when it comes to building up his reputation and being pushy about being fast-tracked.

But on Thursday in the Catalunya paddock, he will stick on a smile, say that Max’s move is good for him, because it proves what Red Bull thinks of the Toro Rosso drivers, plus any other phrases he might remember from the Jean-Eric Vergne PR patter after the Frenchman stayed put with the Faenza squad, while Ricciardo got the call to replace Mark Webber. That’s one dejected driver and his new team-mate will also be doing some on-line shopping at Amazon, entering “Brave Face –Russian” in the search bar.

The Spanish Grand Prix will also witness the arrival of a whole host of sponsors, guests, team personnel and media who never bothered with the first four races and that alone usually generates a sense of hysteria in the paddock. Throw in this Red Bull firecracker and it’s going to be great fun to watch. 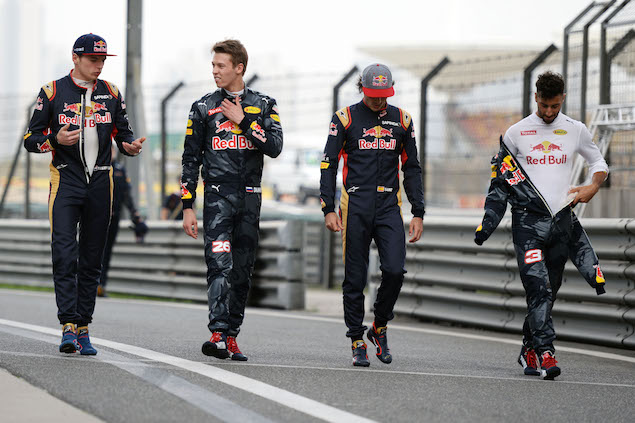 Romain Grosjean is having a brilliant 2016 so far. He’s hauled his brand new Haas into the points, he’s easily outshone his team-mate and now, he’s even providing Red Bull’s spin doctors with an excuse for the “sensational” driver swap between Verstappen and Kvyat. When I say spin doctors, I really mean it in the singular and applied to the good Herr Doktor Marko, Red Bull’s steely enforcer.

Marko has compared Kvyat’s current situation to the one the Frenchman was in, back in 2012, when he had a reputation every bit as crashtastic as Pastor Maldonado. It’s almost a plausible argument but you don’t want to scratch too deep because the veneer of truth on this particular train of thought is very thin indeed.

Swapping over the Dutchman and the Russian, like handing over spies at Checkpoint Charlie, is actually a brilliant move for Red Bull, but all the sugar coating, waffle and hot air can’t hide the fact that the only reason it’s happening is that the drinks company supremo Dietrich Mateschitz and Henchman Helmut both realise patience is a virtue, but they want it NOW! 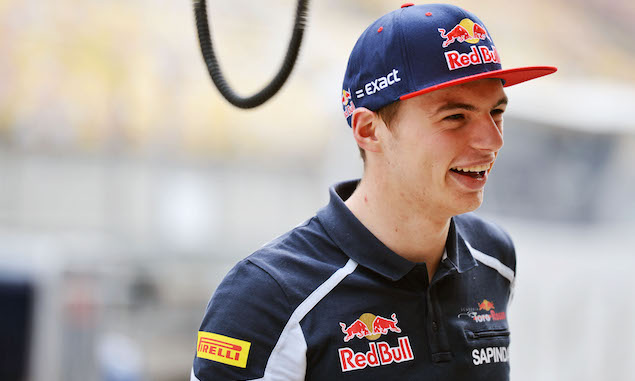 It might be true that Kvyat cracked under the pressure of trying to beat Daniel Ricciardo, it could be the case that internal politicking between the Dutch and Spanish camps within Toro Rosso was making life unpleasant, but these are just tall tales being used to hide the simple fact that Red Bull needs to prove to the Verstappen camp that it’s serious about him, because if not, then Maranello or Brackley beckons. Red Bull might be the masters of playing hard ball with the futures of the drivers they own, but I suspect that Raymond Vermeulen’s balls are even harder. Vermeulen used to be Jos Verstappen’s manager and now he looks after Max. I once watched Vermeulen smoke a cigarette without a single wisp of smoke escaping from his lips, in a non-smoking part of Sao Paulo airport. When he does bother to exhale it’s to make confident statements about his young charger: “Max’s marketing value is already worth millions,” he told Dutch newspaper De Telegraaf last December. “Max is hot property and it shows. In the last months, the interest has been increasing internationally.” But to show that really it’s about the racing, not the money, he added: “Max is fine for now at Toro Rosso and Red Bull, as for us the sporting interests always come first.” Interesting that, back in December he was already talking about Toro Rosso and Red Bull.

In my previous stints as a press officer, I’ve seen drivers who’ve been knocked for six by some unexpected stroke of bad luck and it’s not easy to deal with at the next race, especially when they are as young as the current Red Bull bunch. Chances are that this Thursday, Verstappen and Kvyat will be called to the official press conference and if the FIA is feeling skittish it might well invite the Russian’s tormentor, in the shape of Sebastian Vettel as well. The one thing you can be sure of is that the two job-swappers will have been coached and rehearsed to within an inch of their lives by their respective press officers as to what to say. Max will have been told to try and stop grinning like a Cheshire cat and Daniil will bang on about how nice it is to return to his Toro Rosso alma mater. 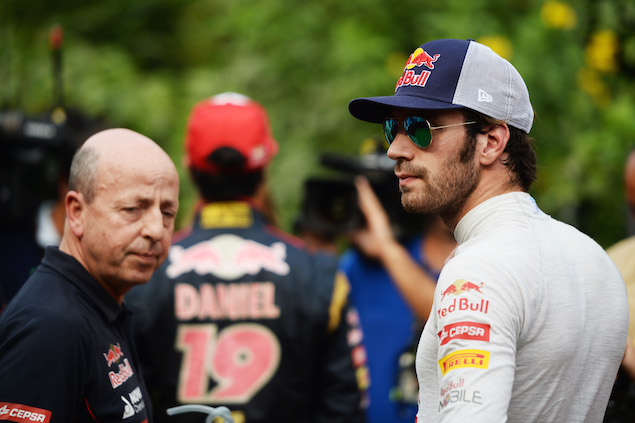 I’d always tell “my” drivers that talking to the media was what they were paid to do, seeing as they’d all happily do the driving bit for nothing. In the Red Bull camp they’re well paid too, because even the most underrated of them will be on at least 250,000 of one of the world’s strongest currencies, which isn’t a bad deal. Ricciardo is now on a lot more than that, but even he won’t be untouched by the fallout from this situation. The Australian really cannot afford to be beaten in any session by his new team-mate this weekend and, even though that shouldn’t happen, it will be on his mind.

The last time I can remember such a kerfuffle was when Michael Schumacher lasted all of one race with Jordan before he was stolen away by Benetton’s Flavio Briatore. Verstappen’s is a less complex scenario as he is owned by both parties in this team swap. But the similarity comes from the fact that the Dutchman is even more of a precocious talent than was the German and all the other players in this little drama should remember that. In fact, with some more power heading Red Bull Racing’s way from the Canadian Grand Prix, they might be reminded of it every bloody race weekend for the rest of the season.

However, much as this is exercising all our attention at the moment, you can be sure that, by the time we get to Canada, the driver line-ups in the two Red Bull teams will hardly be discussed, with some new drama making a bid for top billing in the media. 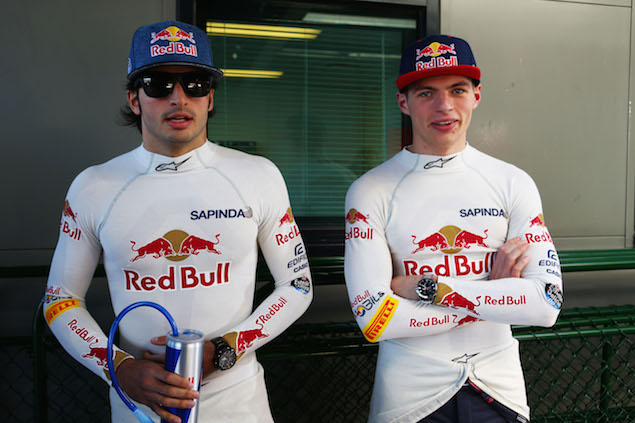