Jenson Button speaks to F1i about progress with Honda, young drivers, 2017 regulations and his future in Formula 1 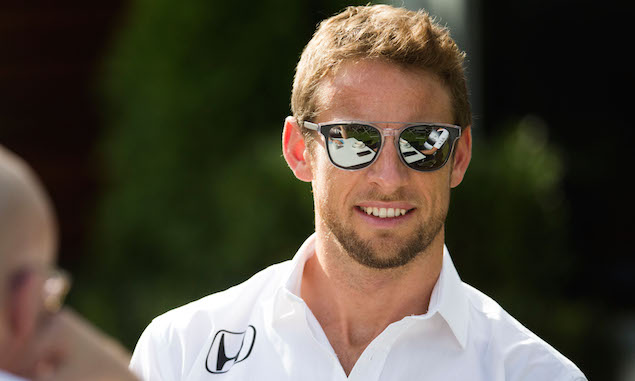 Year two of the Honda project; you knew how difficult last year was going to be but how is the motivation now in terms of progress? Is it quick enough? Is everything starting to click even if it’s a long way to go still?

“It’s never as quick as you want it to be, I think that goes for everyone in the team. Same as everything in life. But we also realise how competitive this sport is and you’re not going to suddenly win races from the word go with a new manufacturer that’s a year and a half behind in terms of development. So last year was tough, this year we haven’t really seen the best of us. There’s still a long way to go in terms of our outright pace but I think the important thing now on the race weekends is just to make sure we get everything out of what we have and I don’t think we’ve done that so far this year. Monaco is an interesting race for us but we will see progress through the year. But no, we’re not going to be winning races this year.”

How much are you enjoying Formula 1 in general at the moment?

“It gets better race by race because we become more competitive so you end up fighting and you’re actually at least competing. So I’d much rather be well in to the points and having fights knowing that you’re always going to score points when you’re fighting. We’re not there yet but that will come. It’s head down and working towards that.”

How do you approach it when you have to leave home and go to a race considering your winning experience and now you’re fighting lower down?

“It’s no different. You still come to the race and do the best you can. I don’t think any driver gets in the car and doesn’t give his best because you want to do the best for yourself and you’ve still got competition whether it’s your team-mate or other cars out there. So it’s absolute rubbish that drivers don’t push when you’re not in a competitive car. Why would you not push? This is what we do for a living, this is our job, this is our hobby, this is our life. Why would you get in the car and drive at 9/10? It just doesn’t happen. Everyone’s pushing because you still want to look good against your team-mate. So I don’t believe it when I hear anyone say that.” 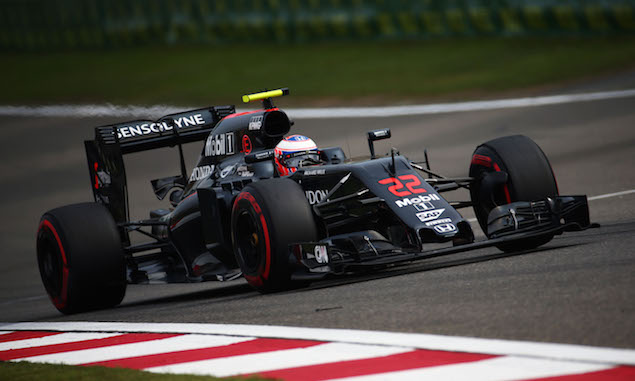 Is it the same satisfaction when you get out of the car and you’ve pushed and know you’ve got everything out of it?

“When the car is nice to drive, yeah, you get satisfaction. But then there are certain times when you are just so frustrated. That’s not just us where we are on the grid, I think that’s most drivers out there because of how it feels. If you’re winning you sort of forget how the car feels because you're winning, but when you’re where we are every single little thing sort of annoys you because it’s not doing what you expect it to do and it’s not doing what you hoped it would do.”

Harder for you being used to success with the championship at Brawn and then many race wins McLaren?

“Yeah it’s tough but it’s the same for both of us. I think if you had a younger driver in the car it’s not as exciting. But when you have Fernando as a team-mate it keeps you excited, you look forward to every race and the challenge of beating your team-mate. And working with them as well, seeing where you end up, whether you’ve made progress and how close you’ve got to scoring points or have you scored points? There’s a lot always to look forward to through the year and when you hear new parts coming. Of course we’d both rather be winning races but we can’t. There’s only one driver that has won races this year and there are only two guys that have a chance of winning races this year I think. So as long as you’re progressing, you’re happy.”

How can you demonstrate that you are still a reference - you or Fernando - with these kind of results?

“How can the young kids say that they are good enough? Who says Max is good? Who says Carlos is good? No-one knows, they’ve never been against an experienced team-mate, so maybe that car is just really good. I’ve proven what I’ve done in my career, I’ve won a world championship, Fernando has as well, there’s the proof.” 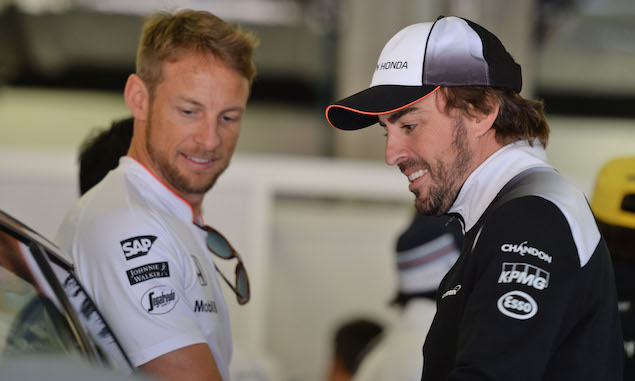 Completely different scenario for you in that you came in as one of the youngest drivers in F1 trying to prove yourself against the guys that had done it before. Is it now almost as motivating to try and prove it against the young drivers that are hyped up?

“It’s not of any interest to me at all. The interesting one for me is the guy that is alongside me. It’s not like running 100metres, you don’t lose pace through 17 years of being in Formula 1. You get faster because you gain experience. It’s absolute rubbish that a driver is past his best. If he is past his best he retires. It’s absolute rubbish what people say about drivers that have done over 200 grands prix, that they’re past their best, that the new, young, fresh kids are better. Who knows? I mean, they might be, but there’s no proof of it yet.”

Is that what motivates you then with the Honda long-term project, that however long it takes, if it clicks, that you’re at your best when it does?

How is the time with Honda many years ago helping you now? Then it was a works team but the rest is the same; big commitment, big expectations, a difficult time…

“They’re very good at what they do and the relationship is good. They’ve worked with Westerners a lot in the past so there’s no issues there whatsoever. I don’t think it really makes much difference that I worked with them before and Fernando didn’t … We didn’t have big expectations. I purposely don’t read stuff that is blown out of proportion and they don’t have an understanding of the situation. I know what the situation is and I know what to expect when I get to a race weekend.”

Do you believe that nowadays you are a better driver than in 2009?

“Yes, I do. I’ve gained more experience, I’ve found myself in situations where I’m under pressure more, especially in 2009. The only way I can judge it is that I haven’t lost reaction and I’ve gained experience. So there’s no reason to say anything else, I should be a better driver.

From the cockpit: Felipe Nasr on Russia and hopes for Spain