Over 25 years apart, Bob Bell worked on the conception of the potent McLaren-Honda MP4/4 and equally dominant hybrid Mercedes Formula 1 cars. Now serving as chief technical officer for Renault’s works team, Bell is overseeing the work of engineers at Enstone and Viry, striving to ensure smooth chassis/power unit integration. Nicolas Carpentiers sat down with one of the paddock’s most respected, albeit discreet, technical figures.

THE SOUND OF MUSIC

The firing of V6 power units, the throbbing of valves, the sound of pistons, all these noises are music to the ears of the motor racing enthusiast. But for one of the most decorated technical leaders in Formula 1, the sweetest melodies might just come from different horizons.

“My favourite composer is Shostakovich,” Renault’s Bob Bell told F1i. “Music has no real meaning or value, unless it is driven by some genuine emotive background.

“Probably of all of the composers, particularly the modern ones, Shostakovich stands out as the one who is driven by a very turbulent emotional background, because of his life in the Soviet Union.

“His music expresses that period, that era of the sentiment in a way that nobody else seems to catch. That’s what real music is about, it means something, it tells a story, it paints a picture: that’s important.” 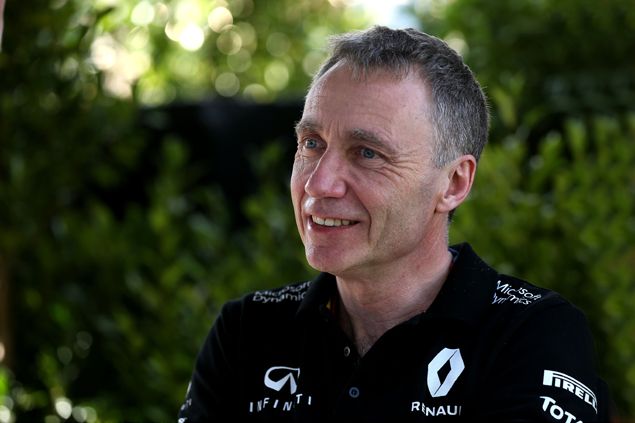 The unassuming Bell has been a figure in the paddock for three decades. At Renault, he is coordinating the work of engine boss Rémi Taffin and chassis chief Nick Chester to make sure both departments are playing the same tune.

“I oversee the technical functioning between the two sites of Viry and Enstone,” he added. “The primary purpose is to ensure a consistent strategic approach. Strategic technical decision-making manifests itself literally on a day-to-day basis.

“It could be as simple as making a judgement call if there is disagreement between the engine and the chassis guys about the way to route a pipe. I may have to come and say: ‘Well, look, you have long enough to debate it, you haven’t reached the decision, we gonna go that way.’ Than can happen on a day-to-day basis, but the less it happens the better.

“I have to say that actually the relationship between Viry and Enstone is very strong, and those sort of things don’t come my way very often. It could be at a higher level, it could be a decision about when we introduce the next engine upgrade: what level of maturity, of confidence do we have in that upgrade to bring it to the track? I will be involved with Rémi [Taffin] and his team. At its highest level it is setting a theme, a tone, a view on what the standard should be.

“The real task of a technical director is to be able to provide that guidance for all those various levels, and to make sure that technically the whole organisation is aligned with the common purpose, the view.”