Jenson Button has changed his mind and wants to see canopies introduced in F1, saying "it's time we did something serious about it".

Justin Wilson's death after being struck in the head by debris during an IndyCar race has reopened the debate over cockpit canopies, with the FIA looking at potential solutions to help protect drivers. Button used to race with Wilson - as well as Dan Wheldon who was killed in an IndyCar crash in 2011 - and he says there have been too many open cockpit fatalities to ignore the need for change.

“I used to know Justin from Cadet karts, in my second year in karting we raced together," Button said. "They were good years, fighting at the front it was mostly Justin, Dan Wheldon, Anthony [Davidson] and myself. We didn’t have a care in the world at that time, it was just out and out racing. Somebody sent me a video of us racing at Clay Pigeon Superprix which was just very special to see us all fighting at such a young age. Such talent and the understanding of a racing machine, it’s quite scary at that age.

“It’s very sad to see what happened and I think we’re all pretty devastated by it. One, because you know the guy, you’ve raced against him in karting, raced against him in Formula One as well, but also because this just shouldn't happen at this time in motorsport. It’s not the Seventies, we should know better.

"I was one of many drivers that said this is open cockpit racing and it should stay as open cockpit racing, but I think we’ve all had enough now. It’s time to do something serious about it, not just changing the headrests on the cars and things, I think you’ve got to get a canopy on the car of some sort because we can’t have this happening as much as it has over the last few years. Since Henry Surtees there’s been a lot of head injuries that have ended up with death, so it’s got to be changed.”

While Button says he is unsure on the ideal solution, he believes canopies need to be introduced in IndyCar before F1.

"I haven’t actually done much thinking about it, but a canopy is probably the way to go. Obviously that takes time, I can’t see it happening for next year in Formula One.

"I personally think it has to happen sooner rather than later and I think in IndyCar it has to happen because they seem to have a lot more issues than we do. Because of the speeds they’re travelling as well and every accident there’s debris because you can’t get away from the banking when you crash. So I think it would be good if we could see canopies sooner rather than later.” 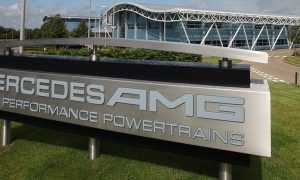