Echoing the views expressed by Jenson Button last week, Daniel Ricciardo has also come out in favour of the potential use of canopy protection in Formula 1.

On the back of Justin Wilson's tragic accident in Indycar in which the British driver died after being hit on the head by debris from another car, the subject of placing a canopy protection over the cock-pit of Grand Prix cars emerged once again.

The safety concept had initially been brought about after Jules Bianchi's freak accident at the Japanese Grand Prix last year, when the French driver slid off the track and hit a moving intervention tractor, with dire consequences unfortunately for the Manor racer.

Red Bull Racing driver Daniel Ricciardo believes it is now time to make a change.
"It is something I want to definitely go for - for me it is the last piece of the puzzle," said the Australian.

"The helmets have come on a long way but unfortunately we have still seen some tragic accidents and you get to a point where you don't care about tradition anymore."

"I don't care if the statistics say there have only been a few deaths in the last 20 years. Statistics cannot predict what is going to happen in the future so now we need to ignore tradition and go for safety.

In the recent past, the FIA has trialed a jet-fighter type of canopy which offered adequate protection in deflection debris, but questions have arisen associated with potentially hazardous restrictions which may be imposed upon a driver with regard to exiting a protected cockpit.

"As a current driver and seeing these things happen around you in Formula 1 and in IndyCar, said Ricciardo, "it hits home a lot more and you just don't care how the past has been with tradition. It is silly not to look into options now for sure." 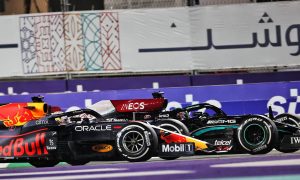