Duval's DTM commitment with Audi at the Laustzring has made the Frenchman unavailable for his home race, with Dragon choosing the Toyota WEC racer as his replacement alongside Jerome D'Ambrosio.

Conway tested with Dragon in 2014 and raced for Venturi in Formula E last season and is looking forward to his return to the all-electric series.

"I've worked with the team before and I enjoyed being in the series last year," Conway told Autosport.

"I've been itching to get back into Formula E and this deal is good for me. Paris is one of the tracks I like and I was quick there last season.

"With no testing it is slightly in at the deep end as the car is new to me, but there will be some elements I am familiar with too."

The 33-year-old Brit admits he would love the opportunity to drive full-time in the burgeoning series.

"I want to continue on in Formula E beyond Paris and into the next season too," he said.

"To do a programme alongside Formula E would be ideal but it is very much step by step for the moment and we will see how it goes. But yes I want to be back there."

GALLERY: All the action from the Day 2 in-season testing at Bahrain

The finish line beckons for the Jim Clark Museum 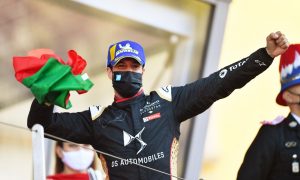 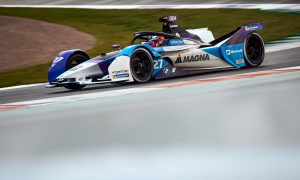