Former Scuderia boss Cesare Fiorio is reportedly in a "critical" condition after a cycling crash.

Italian sources including La Gazzetta dello Sport and Autosprint say the 78-year-old fell whilst cycling near Brindisi in southern Italy and was discovered unconscious.

He is currently in hospital, reportedly with serious head and arm injuries.

The accident occurred while Fiorio was on his daily 30km cycle outing. Italian police have yet to find out the reasons for the fall, whether it was an accident or if Fiorio was hit by a car, or suddenly fell as a result of not feeling well.

A charismatic figure of Italian motor sport, Cesare Fiorio briefly led Ferrari at the end of the 80s and beginning of the 90s, and was also involved with the Ligier and Minardi teams.

While obviously retired from the sport, Fiorio is still consulted on a regular basis and has also lent a helping hand recently to Ferrari hopeful Antonio Giovinazzi.

Monaco pays a race fee - but it's low 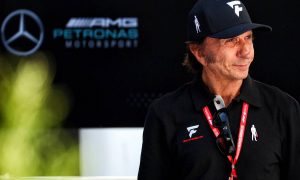 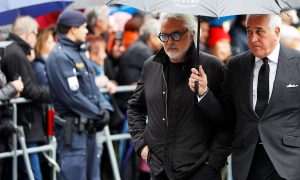