Dixon topped a thrilling Fast Nine Shootout with an average speed of 232.164 following an absolutely perfect four-lap effort which brought the Kiwi his third career pole for the Indy 500.

Before the last gasp nine-car session got underway, Andretti Autosport's Ryan Hunter-Reay had gone fastest among the 10 to 33 runners, breaching for the very first time the 231mph average speed barrier.

But as temperatures rose, track conditions appeared to improve. 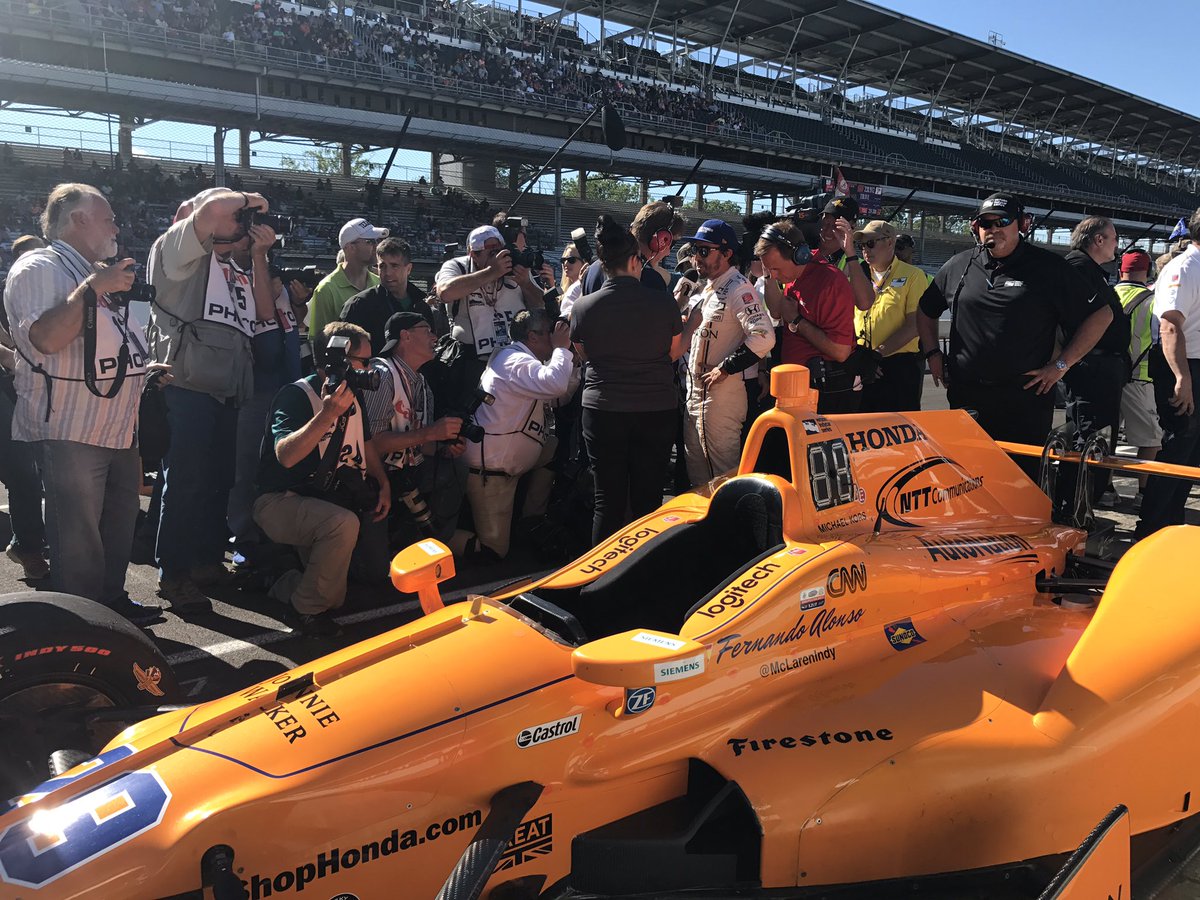 Fernando Alonso was the third driver among the top nine to make a run for pole, and duly put himself at the top of the scoring tower after an impressive and clean lap done at an average speed of 231.300mph.

The Spaniard's provisional pole only lasted a short while however as team mate and 2016 Indy 500 winner Alexander Rossi  bettered his time with an impressive 231.487.

In the end, three more drivers - Dixon, Ed Carpeneter and Takuma Sato - would eventually also head the McLaren Honda Andretti driver who will start his first Indy 500 from the middle of the second row.

"Today the car was better than yesterday," said Alonso, whose car's Honda engine was changed before qualifying as a matter of precaution - a rather familiar routine for the McLaren driver.

"More a better balance and I felt more confident, but we had an overboost problem in the last corner, so the engine was hitting the ‘brakes’ out of the corner.

"So I think I lost a little bit of speed into the main straight. Nothing we can change now.

"The guys did an amazing job this morning, they changed the engine in an hour and a half – a record time. The car performed perfectly."

Maldonado not ruling out F1 comeback despite refusing 2017 opportunity