Any hopes Red Bull Racing had of seeing its power deficit improve in the short term were just squashed by Renault Sport F1 boss Cyril Abiteboul.

The Milton Keynes-based outfit has struggled this season to remain in the wake of rivals Ferrari and Mercedes.

But  substantial aerodynamic work on its RB13 has seen the chassis considerably improve lately although its performance  remains limited by a Renault engine which still isn't measuring up to its Italian and German counterparts.

Red Bull was pinning its hopes on a power unit upgrade in Baku, but Abiteboul insists that there will only be incremental updates in the near future.

"It was Red Bull who said that there would be an upgrade [in Baku]," Abiteboul said in an interview published on the official Formula 1 website. 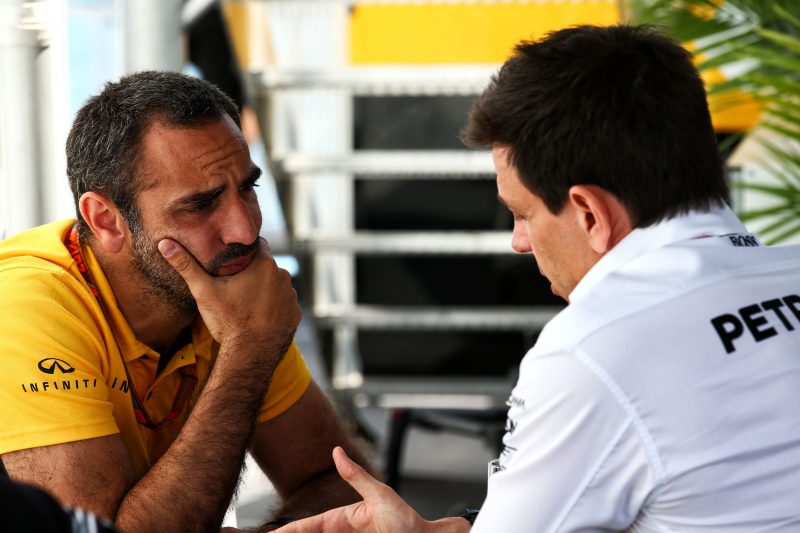 "There are upgrades permanently - every single race we are making some small improvements.

"Last year we created a huge expectation and we came with an upgrade that had a big impact. But we can’t repeat that every year.

"Now it is all about constant improvements which overall will make a difference - but there is no magic bullet.

"Every race the engine will become more and more reliable with the program on the dyno progressing.

"Frankly the next big upgrade will be next year. Then we will have a completely new concept. That will make a difference - but as I said 2018."