F1 CEO Chase Carey was the honorary starter at Le Mans on Saturday and his presence was on obvious sign of cooperation between the 24-hour event and Formula 1.

It was a well-known fact that Bernie Ecclestone was no fan of the endurance classic which in his view only drew attention away from F1.

The arrival of Liberty Media at the helm has now opened up a period of collaboration between F1 and the World Endurance Championship, according to ACO (Automobile Club de l'Ouest) boss Pierre Fillon.

"We are demonstrating the new relationship between the ACO and Formula One," said Fillon.

"With Chase Carey at the top of F1, the time has come to work together on a motor sport calendar that allows fans to enjoy both Formula 1 and the races of the world endurance championship." 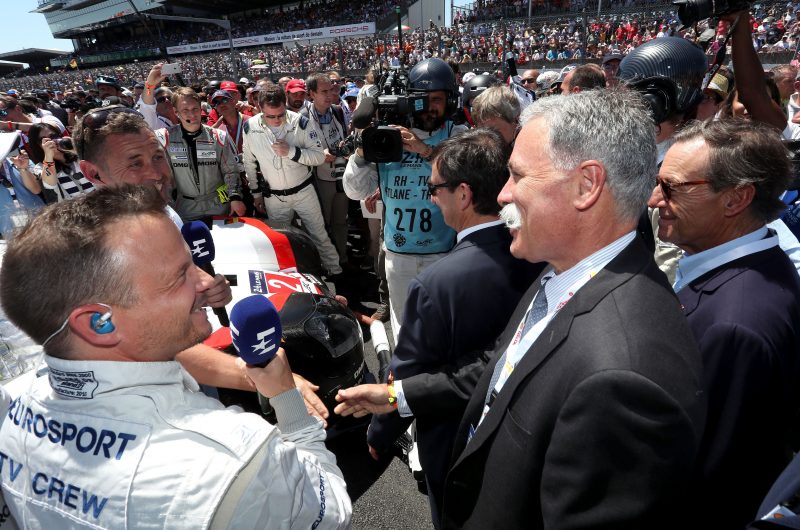 Renault's Nico Hulkenberg won the 24-hour epic with Porsche in 2015 and would have loved to go back last year, but the race clashed with Azerbaijan's maiden Grand Prix at Baku.

"At the moment, I don't think I am missing participating in Le Mans," Hulkenberg told Firstpost.

"I am focused on the Renault project and I would like to give this my best shot in the next few years. For the future, who knows?"

Both Fernando Alonso and Romain Grosjean have also expressed their desire to race at Le Mans one day.

Honda to bring 'some kind of improvement' to Baku