Fernando Alonso has always been a big fan of Robert Kubica, mightily impressed as he was by the Polish driver's outstanding talent as he raced through the junior series to F1.

After his burgeoning career was halted in its tracks by a rally accident at the end of 2011, Robert Kubica is now attempting a comeback, testing with Renault recently to assess his physical.

Alonso would love nothing more than to see his friend join the fray once again, although Kubica's plans currently remain uncertain.

“I would be happy to see him back in Formula 1 but I don't know exactly the situation, I only read that he did the test, but I also read that Renault were not considering him for next year," said Alonso.

"So I guess it's not that close that he will come back.

Alonso points to Kubica's track record in the junior categories, when he raced against and beat many current F1 drivers, as evidence of his dominant skills and talent.

"He won all the smaller categories," Alonso said.

"When the go-karts were the same, when the smaller categories, you run with the same single-seater, with the same car, he was beating all the generation that are winning now. So I think he's the best."

The two-time world champion has remained in contact with his former F1 colleague and rival who was present at Goodwood this weekend, although a lack of time means that communication isn't as frequent as he wish it could be.

"I do speak sometimes but not as often as we could do,” he said. “After the test for example we didn't so I don't know exactly how it went."

Alonso to fight for Mercedes or Ferrari seat - Briatore 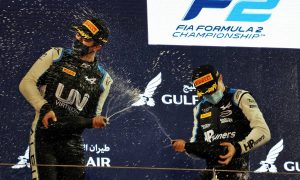 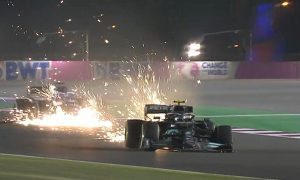