After its Asian leg, Formula 1 heads to Austin for the first race of an American double-header, with Mexico City following just one week later.

Pirelli has selected its three softest tyres for the Texas round - its yellow soft, Red supersoft and purple ultrasoft. Actually the latter will be colored pink to support the Susan G. Komen breast cancer awareness foundation.

The tyres' range shall be one step softer than in 2016, a factor which will likely contribute to faster lap times around the spectacular Circuit of the Americas and new lap records.

"For America, we’re once again taking a softer range of compounds that we have done for previous races there, with the ultrasoft available in Austin for the first time: but in pink as a one-off, to highlight the brilliant work of the Susan G.Komen®foundation.," says Pirelli's Mario Isola.

"This should bring lap times down, continuing the trend we have seen over the course of the season.

"Austin though is one of the hardest tracks to predict, also due to variable weather, and we’ve seen quite a variety of pit strategies there in the past.

"These could involve all three compounds this time, with the soft being a good potential option for the race as well." 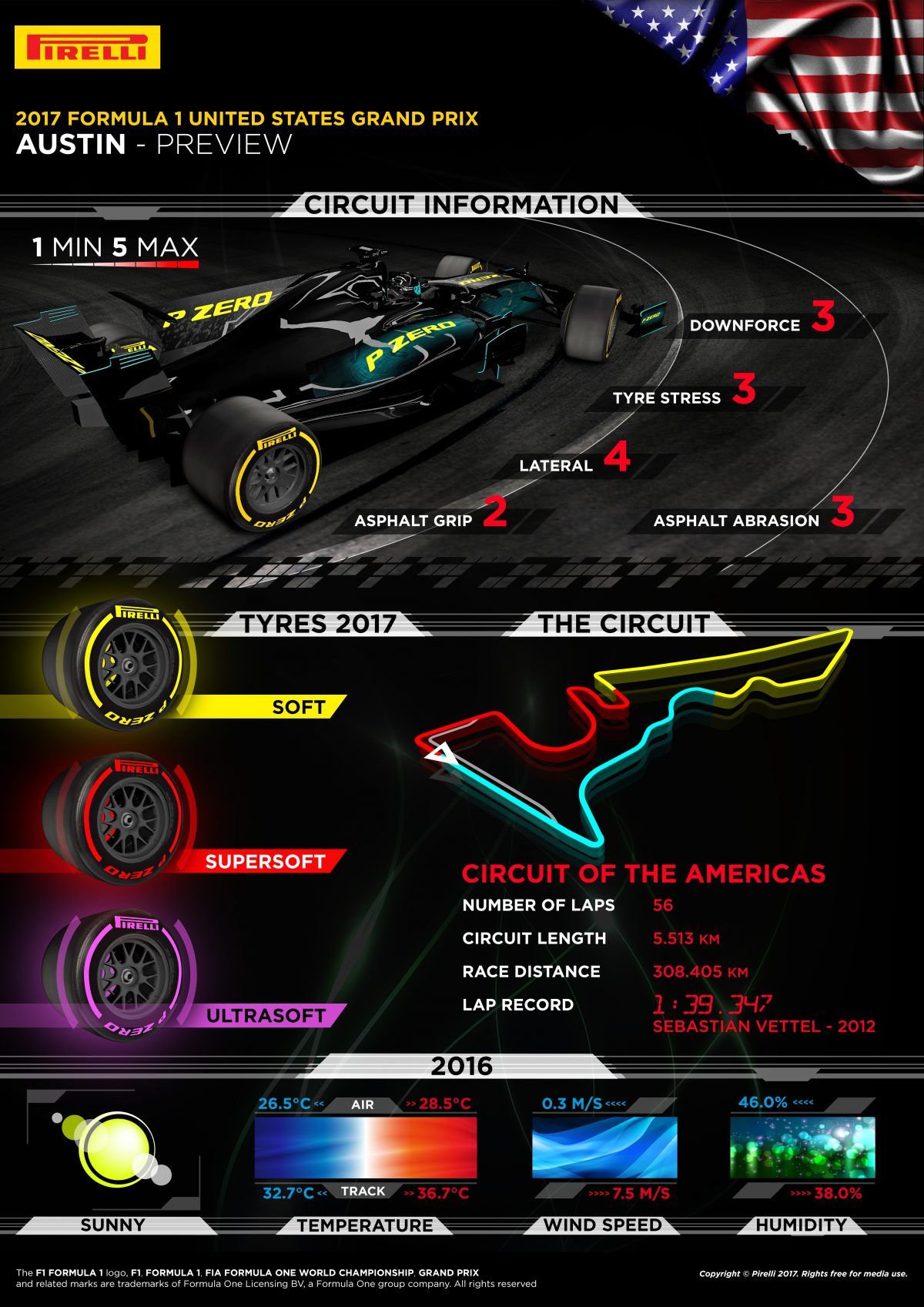 Racing alongside Alonso no gift for Vandoorne - Boullier