The FIA has identified a clever steering design exploited by teams in 2017 which procured a clear aerodynamic advantage, and has subsequently issued a technical directive addressing the issue.

The technical stratagem, according to FIA race director Charlie Whiting, involved a combination of suspension and steering which lowered a car's front ride height while cornering, which in turn induced an aero benefit and therefore extra grip.

The controversial topic was discussed at an FIA Technical Regulations meeting in London, with several teams offering differing views on the subject of the impact on aerodynamics of front suspension movement.

While Red Bull pleaded for freedom of development of the system, Ferrari apparently advocated tighter restrictions.

Ultimately, the governing body has issued a technical directive to all teams regarding suspension designs for 2018.

"It became clear during the season that some teams were designing the suspension and steering systems in an attempt to change the front ride height of the car," wrote Whiting.

"Whilst some change is inevitable when the steering wheel is moved from lock-to-lock, we suspect that the effect of some systems was a far from incidental change of ride height.

"We also believe that any non-incidental change of ride height is very likely to affect the aerodynamic performance of the car."

To justify his stance, Whiting has gone as far as to reference a 24-year-old FIA International Court of Appeal ruling on suspension as a precedent for the FIA's interpretation of the impact of the system on a car's aerodynamics. 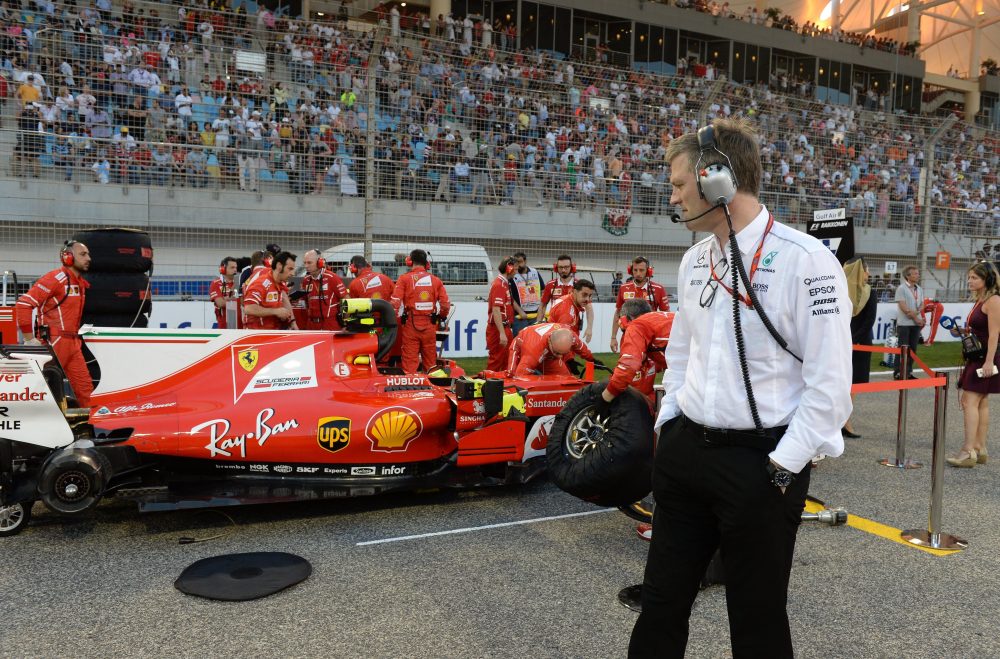 "Any car system, device or procedure which uses driver movement as a means of altering the aerodynamic characteristics of the car is prohibited," reads the old ruling.

"It is our view that such steering systems should be treated in the same way as suspension systems, i.e. that the 1993 ICA ruling should apply when assessing compliance with Article 3.8 of the Technical Regulations," added Whiting.

"Hence, any change of front ride height when the steering wheel is moved from lock-to-lock should be wholly incidental."

Furthermore, the FIA has put the onus on the teams to prove that their designs comply with the new directive.

"We will therefore be asking you to provide us with all relevant documentation showing what effect steering has on the front ride height of your car and, in order to satisfy us that any effect is incidental, we believe that ride height should change by no more than 5.0mm when the steering wheel is moved from lock-to-lock."

With most 2018 designs done and dusted, it remains to be seen how the teams will treat the latest technical directive.

Given the apparent difficulty in policing the directive, they could decide to bypass it altogether and run the risk of putting the matter in the hands of the stewards at Grand Prix weekends, or embark on a redesign of the suspension geometry to remove all doubts about the system's legality.

'We believe in Honda', insists Marko