Pre-season testing is done and dusted, so it's time to look at a few simple stats covering Formula 1's class of 2018.

While the first week of winter testing was seriously compromised by the vagaries of the weather, teams and drivers enjoyed blue skies in Week 2 at the Circuit de Catalunya.

Taking a look at the teams, Mercedes laid down the most laps, reaching the century mark with a tally of 1,040, or a distance of 8,841km, a spectacular testimony to the team's reliability.

It wasn't quite as much as in 2017, but the botched weather explains the difference.

Unsurprisingly, Ferrari wasn't far behind but Toro Rosso's presence in the top three spectacularly underlines Honda's progress over the winter, something its former partner McLaren - the team which put the fewest laps on the board - will have painfully noted. 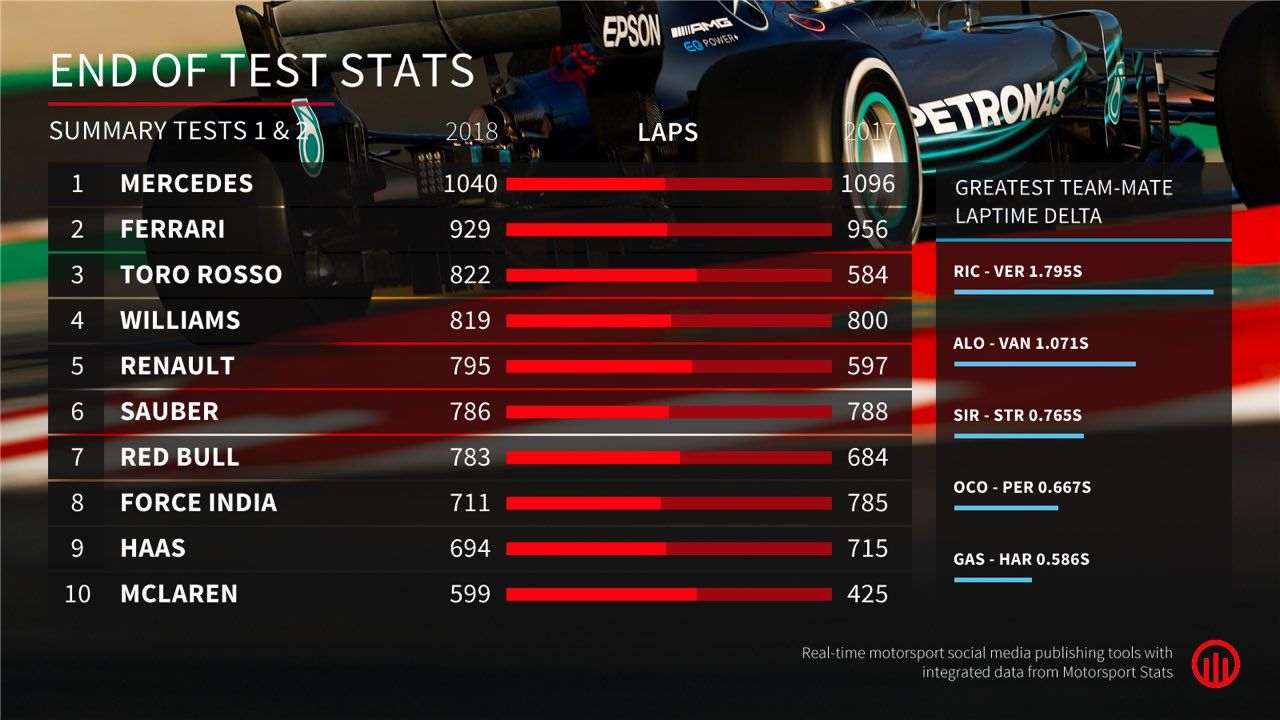