Pirelli has released the teams' various tyre selections for next week's Bahrain Grand Prix in Sakhir, with McLaren in particular electing for an aggressive approach.

Formula 1's exclusive manufacture has set aside its supersoft, soft and medium compounds for the second round of the world championship.

Fernando Alonso and Stoffel Vandoorne will have nine sets each of the red-rimmed supersoft tyre, while Renault and Force India follow with eight sets for each of their drivers.

The bulk of the field, including Mercedes, Ferrari and Red Bull, has chosen the standard seven-set approach but a greater diversity of choices is found among the yellow, soft compound.

Team mates often follow each others' choices but Valtteri Bottas will have an extra set of yellows at his disposal next week compared to Lewis Hamilton.

Further down the field, Williams, Toro Rosso, Haas and Sauber all see their drivers choose a different soft allocation than their team mate. 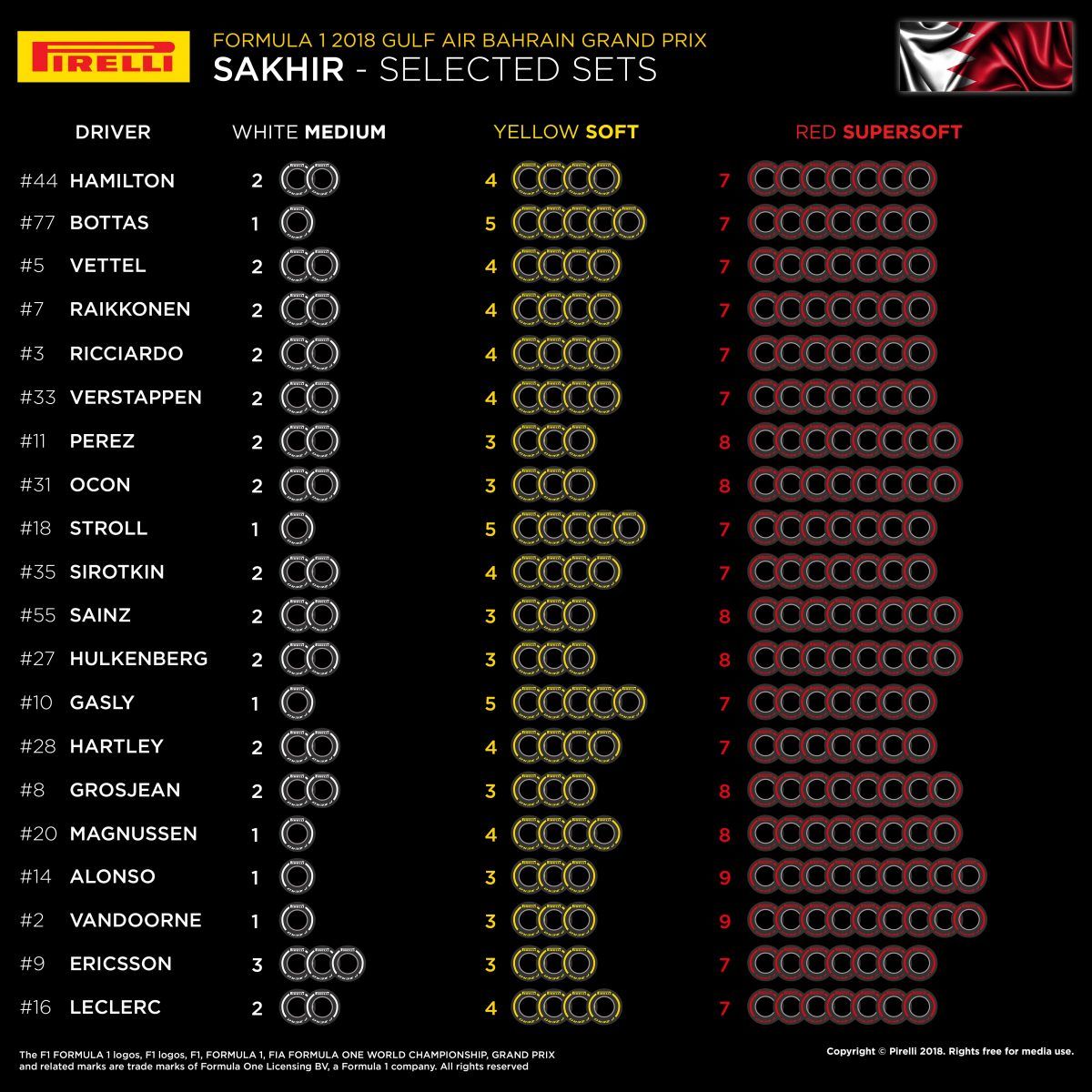