Mercedes has opted for a conservative approach to tyre selection for next week's Spanish Grand Prix in Barcelona.

Pirelli is offering a three-compound range made up of the medium, soft and supersoft tyres for the fifth round of the championship that takes place at the Circuit de Catalunya.

The Silver Arrows outfit has chosen three sets of the white-rimmed medium rubber and split equally its choice of soft and supersoft tyres, with five sets each.

Ferrari on the other hand has gone with four sets of the soft compound and seven sets of the supersoft for Sebastian Vettel and Kimi Raikkonen.

Red Bull Racing has more or less followed the Scuderia's choice, but with one set less of the red-rimmed supersoft tyre.

Looking down the order, Williams is banking on an aggressive approach with Sergey Sirotkin and Lance Stroll choosing respectively ten and nine sets of the supersoft.

As a reminder, Pirelli will supply in Spain a tyre with a lower tread to counter overheating concerns associated with Barcelona's abrasive new surface, a specific change that could help Mercedes' W09, a car particularly susceptible to changing tyre temperatures.

Later this year, Pirelli will also supply its lower tread tyre at the French and British Grand Prix. 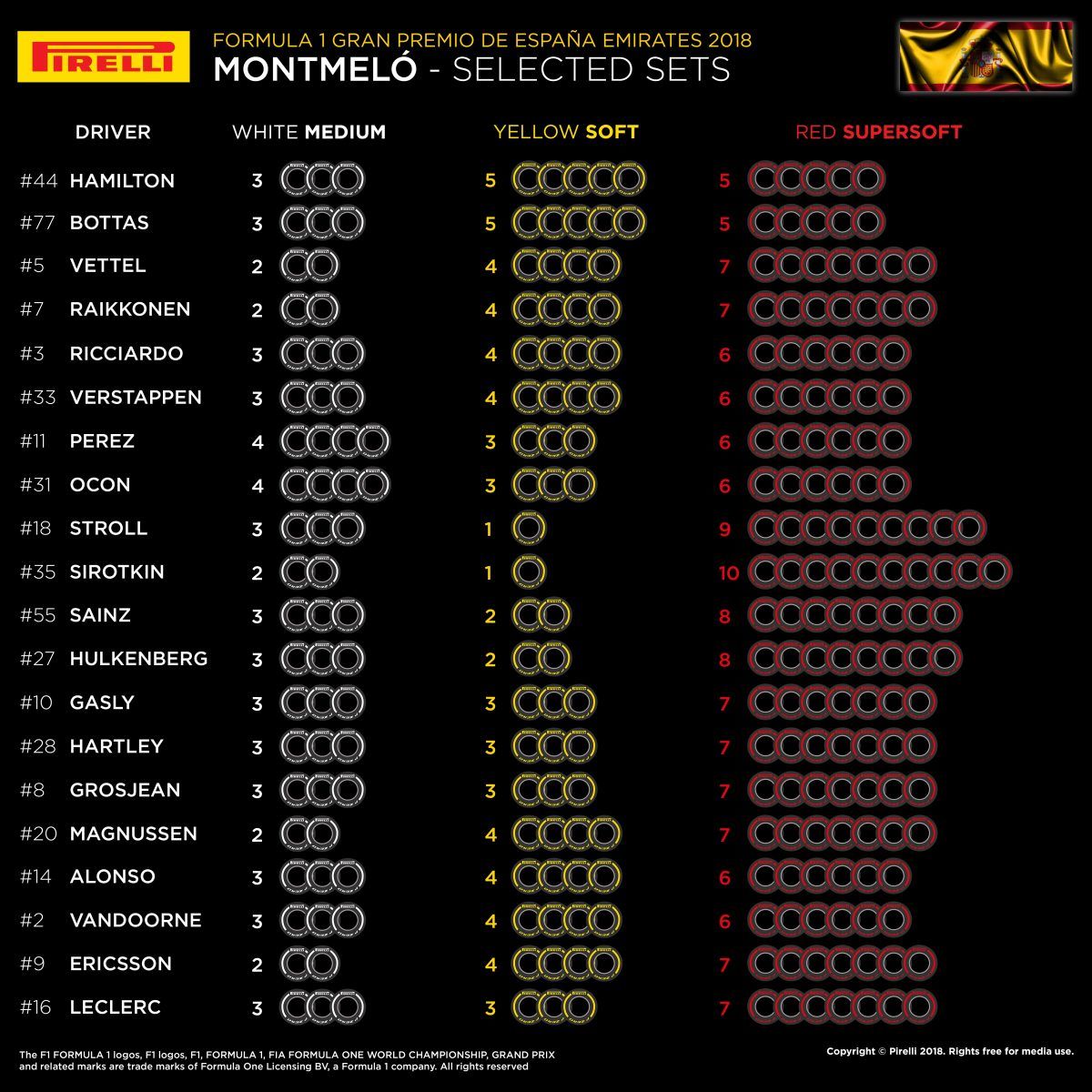 Hamilton still at odds with 'harder to drive' W09 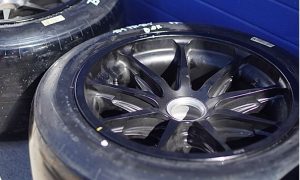 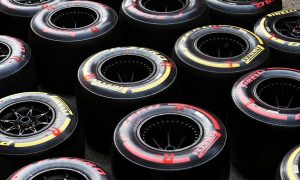 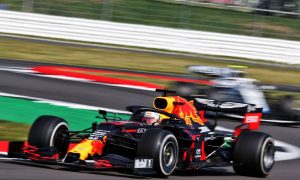