Following a trend in force since the beginning of the season to promote overtaking, the FIA has announced that a third DRS zone will be added at next weekend's Austrian Grand Prix.

The third stretch has been added after Turn 1 with the hope of seeing drivers mount an attack on their rivals in the braking zone in to Turn 3.

"We have three detection points, three activation points, and the new one is between Turns 1 and 3."

The map below outlines the three DRS zones, with detection and activation points, the initial first two zones located after Turn 3 and on the start-finish straight. 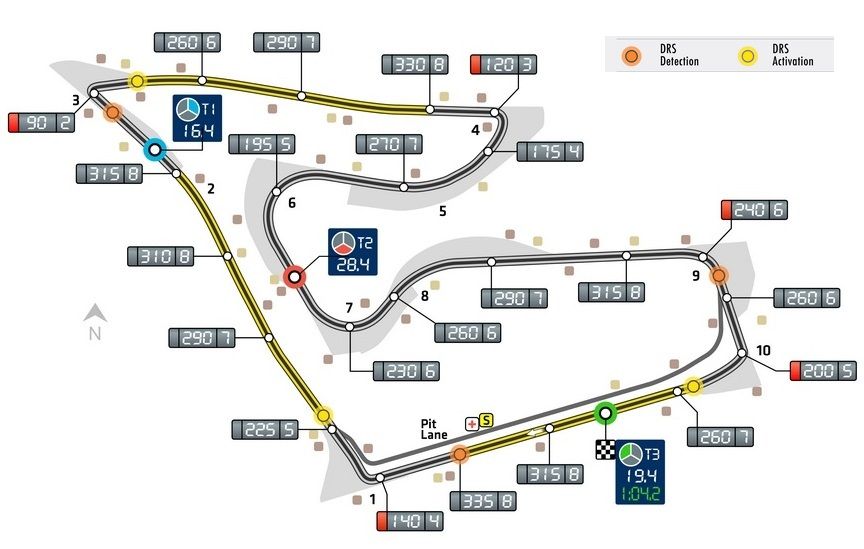