Formula 1 returns to Hockenheim next week, or 'Hulkenheim' as Renault driver Nico Hulkenberg would like to call it, the German getting an extra boost of motivation for his home race.

Hulkenberg heads to his home turf on the back of a solid drive to sixth place at Silverstone last weekend, so it's all adding up to a promising outing for himself and for his local fans.

"It’s very special to have the German Grand Prix back on the calendar," says the 30-year-old.

"A home race is extremely motivating, as you carry that extra ounce of determination to do well in front of the home fans.

"We missed it last season, but now it’s back at Hockenheim, we’ll really enjoy every moment throughout the weekend.

"Most drivers and teams have a home race at some point in the season, and we’re well prepared for both a busy one away from the circuit, and for the extra pressure for a good result on-track.

"I’m looking forward to it, and I’ll be aiming for a positive result for the team and for the German fans."

The fact that the German wasn't on the calendar in 2017 means that drivers have yet to run at the venue with F1's faster latest-spec cars, a thrilling and fun prospect for Hulkenberg.

"I enjoy this track a lot, and this year with the increased downforce cars, it will be even more fun," he adds.

"It begins with a high-speed turn one, which is going to be quicker than ever in 2018, and then turn two, which is actually an important corner as you need to combine a high minimum speed while getting on the power early to open up the long, curved straight.

"You need good traction out of the hairpin, which is also the best overtaking spot on race day. Sector three, the stadium section, is special with the packed grandstands and cheering crowd.

"It’s a tight part of the track, it gets narrow, but it’s fast and flowing so hopefully we can put a show on for the fans." 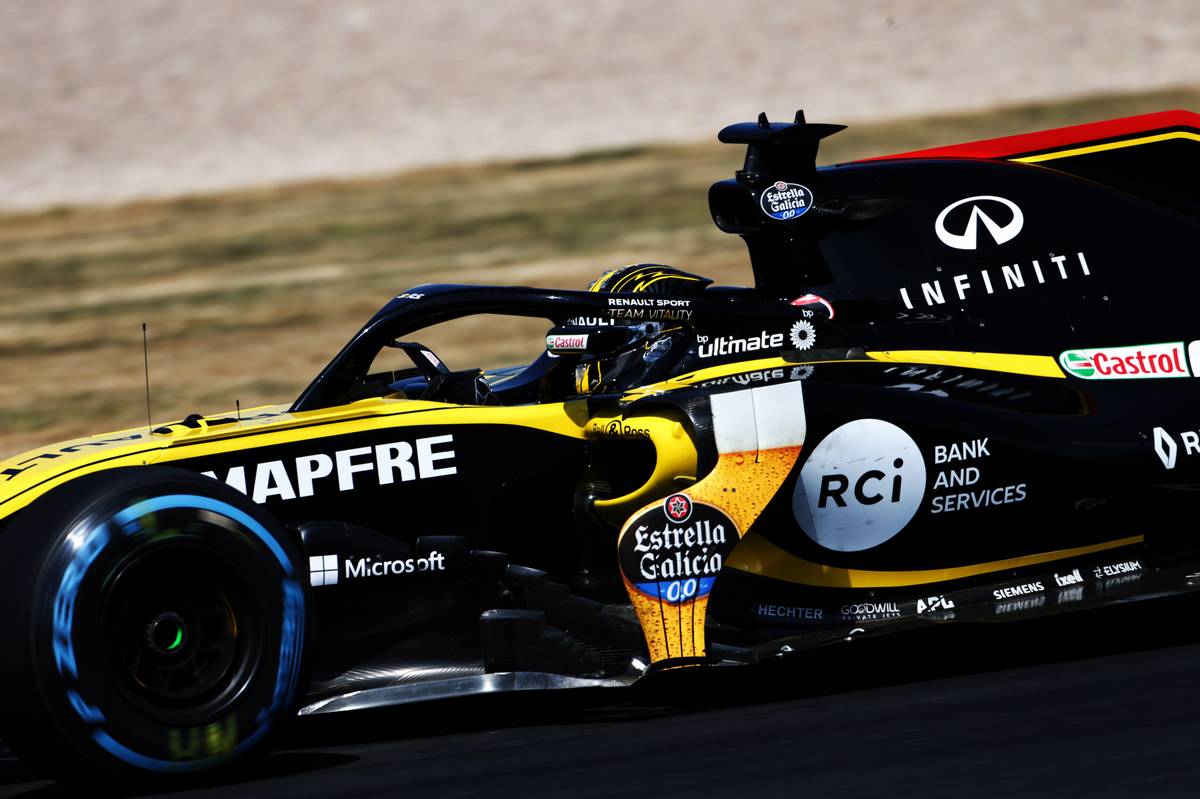 Renault currently has the upper hand over its mid-field rivals and the French team is determined to keep its edge, thanks in part to more updates brought to its R.S.18 next week, like an all-new front wing that shall be tested from the outset.

"We got the maximum from the car in Silverstone, and it was some afternoon!" says Hulkenberg.

"We made a really good start, straight into a high position meaning we had to tweak our race plan.

"We managed the tyres well, and it was a strong race all in all and pleasing to be back in the points.

"Ahead of Germany we will be looking at our qualifying pace, as we know the midfield fight is getting close and we have to keep the upgrades coming and hard work in order to stay ahead of our rivals."

FIA to discuss mirror safety with teams in Hungary