Jean-Eric Vergne has been crowned ABB FIA Formula E champion for the 2017/18 season, after battling his way from the back row of the grid to finish in fifth place in the first New York ePrix race of the weekend.

Vergne and his Techeetah team mate Andre Lotterer were excluded from the results of Saturday's qualifying session after being deemed to have exceeded their maximum power allowance. The team blamed a late software upgrade carried out for reliability reasons for the infraction.

Even so, the pair made brisk work of moving back up through the field. They soon passed Sam Bird, Vergne's only remaining rival for this year's title. The Virgin Racing driver had also had a tough qualifying and started from 14th; he made initial progress to run in ninth place but then his forward momentum stalled, and he had no answer to Vergne's superior straight line speed.

A late choreographed switch between the Techeetah drivers gifted Vergne the extra points he needed to make it impossible for Bird to catch hin in Sunday's second doubleheader. However the team title is still up for grabs after Audi clinched an impressive 1-2 in Saturday's race.

Sébastien Buemi had started from pole in what is Renault's last race in Formula E. However he was no match for the pace of Daniel Abt's Audi, which took the lead on lap 6. His team mate, outgoing series champion Lucas di Grassi, likewise got the better of Buemi for second on lap 20 to take second place.

Just after the mid-race pit-stops and car changes, di Grassi pulled off a robust pass on Abt for the lead which caused some consternation in the Audi garage. Abt's anger was heightened when the team then appeared to impose team orders to protect the team's 1-2, meaning that he couldn't use his fan boost advantage to re-take the position.

Di Grassi duly won the race with Abt having to settle for second ahead of Buemi and Venturi's Tom Dillmann, who was subbing for Edoardo Mortara. Vergne finished ahead of Mahindra's Nick Heidfeld who got a late jump on Lotterer for sixth. Maro Engel in the second Venturi likewise pulled off a late pass on Bird, who finished in ninth ahead of Renault's Nicolas Prost. 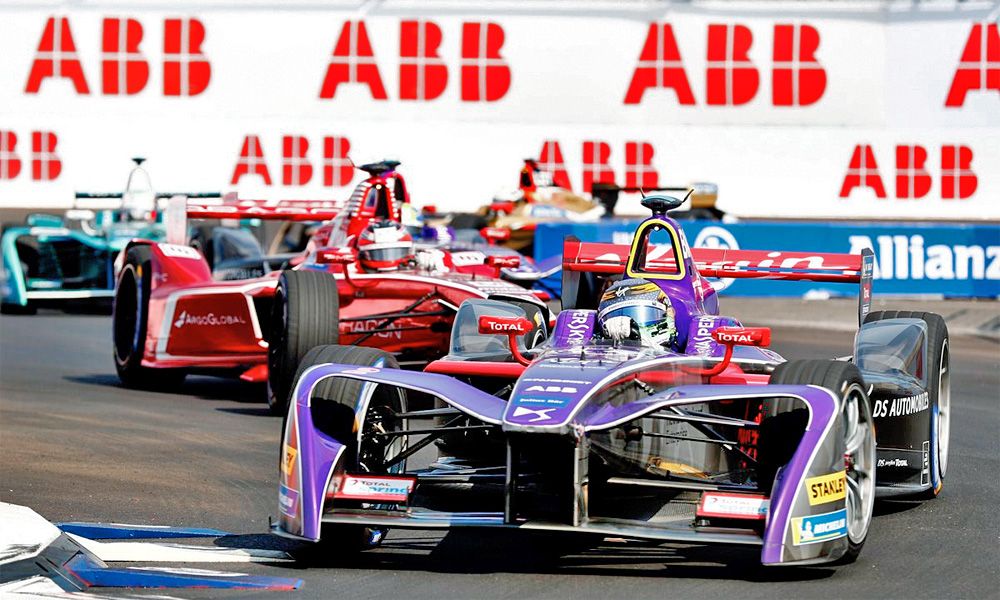 To cap a deeply disappointing day for Virgin, Bird's team mate Alex Lynn was the cause of a safety car when he spun going through turn 5 on lap 35 and went backwards into the barrier, doing heavy damage to the car. Although the race restarted, it ended under the clock after 43 laps rather than reaching the scheduled full race distance.

It had been an even worse day for Jaguar, which saw Mitch Evans fail to get off second place on the grid due to a suspected driveshaft failure. His team mate Nelson Piquet then had a problem after the mid-race car change that forced him to retire.

Also failing to finish the race was Dragon's José María López, who was rear-ended by his team mate Jérôme d'Ambrosio in the compression of cars going into turn 1 at the start.

There had been only 19 cars on the grid, after NIO driver Oliver Turvey was forced to pull out following a practice accident in which he broke a bone in his hand. The Briton will be replaced by Ma Qing Hua for Sunday's season finale.

It'll almost be a home race for Max Verstappen in Germany