Williams' official young driver Oliver Rowland says he's looking forward to getting back behind the wheel of the FW41 next week.

The former GP2, Formula 2 and Formula Renault 3.5 Series driver is currently combining his role at Williams with a season in the FIA World Endurance Championship with CEFC TRSM Racing.

But the 25-year-old from Sheffield still very much has his eyes set on a seat in Formula 1.

"The end goal is a seat in F1," he confirmed. "It's always been my ambition since I was younger.

"Hard work and determination is key but there are only 20 seats in Formula 1 and every driver in the world wants to be racing in it.

"There is always going to be political factors in getting a seat, that's the nature of the sport," he admitted. "I just concentrate on working as hard as I possibly can for Williams and let other people do the rest."

For now, Rowland will taking part in next week's in-season test at the Hungaroring. He is sharing testing duties for Williams with the team's test and development driver Robert Kubica.

Rowland was previously in the car in the first test in May, when he completed 121 laps at the Circuit de Barcelona-Catalunya.

"My first test in Barcelona was an eye opening and interesting experience from my side, but one I really enjoyed," he recalled.

"I tried to give the team as much feedback as possible and I think I did a good job for them and achieved that.

"I'm looking to continue my good work from Barcelona and bring it into this test and make more of an impression on the team.

"I can't wait to get back in the car and show what I can do."

It's been a disappointing season for Williams so far. Currently at the bottom of the constructors standings, the team urgently needs an improvement in performance in the second half of 2018.

"It's been a tough season," Rowland admitted. "But hopefully with improvements the team can push on in the remaining races.

"I'm really happy how this year has gone so far," he insisted. "I've progressed and that's important. Williams have given me an opportunity and I want to repay them by working hard and delivering positive data back to the team." 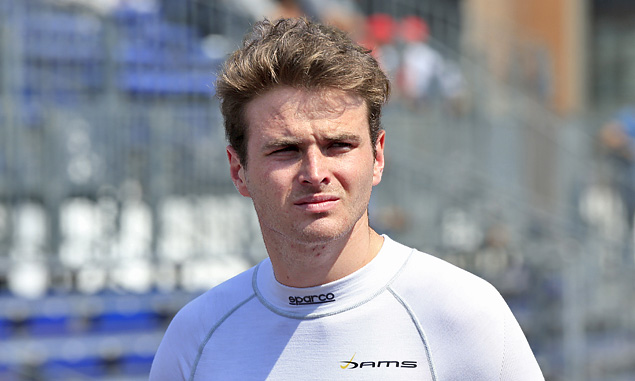 Rowland will be in the car on Tuesday July 31, with Kubica taking over on Wednesday.

Nico Hulkenberg will be at work for Renault on the first day, with Formula 2 driver Artem Markelov taking over on Wednesday. At Force India the work will be split between Nicholas Latifi and Nikita Mazepin.

Red Bull has also announced that simulator driver Jake Dennis will be testing for them on both days, after being told that Dan Ticktum does not have enough points on his FIA licence to allow him to take part.

Antonio Giovinazzi will likely test for Ferrari or Sauber - or possibly both, as he did earlier in the year. Mercedes, McLaren and Toro Rosso have yet to indicate who they will be fielding at the test which follows this weekend's Hungarian Grand Prix.

But Haas has said it will be skipping the test altogether. The American squad says that it sees little benefit in the additional running available.

Red Bull's Ricciardo leads the way in FP1 in Hungary