His time of 1:16.834s was less than a tenth of a second faster than Red Bull's Max Verstappen. His team mate Daniel Ricciardo was third fastest despite not behing entirely happy with the RB14's balance and set-up.

A subdued session for the Silver Arrows saw Lewis Hamilton and Valtteri Bottas end the day fifth and sixth fastest respectively, with the Finn over a second off Vettel's pace.

Conditions were dry and hot on Friday afternoon for the start of second 90-minute free practice session at the Hungaroring. Haas pair Kevin Magnussen and Romain Grosjean were first out on track, with the Dane opening the post-lunch running with a first run of 1:21.072s which was immediately bettered by his team mate.

Lance Stroll picked up the pace with a 1:21.511s despite a wild moment for the Williams at the chicane. Sebastian Vettel also had some untidy moments on his first run, but the Ferrari nonetheless moved the dial to 1:18.997s.

The Silver Arrows then went out to play and immediately claimed the top spots on the timesheets. Lewis Hamilton's eventual 1:17.587s pipped that of team mate Valtteri Bottas by almost three tenths.

However the Briton also had a wild ride over the kerbs at turn 4, one of a number of incidents for the field during the first quarter of an hour. They included a further lock-up for Vettel at turn 1, and Sauber's Marcus Ericsson spinning off at turn 11 to bring out local yellows.

Red Bull announced their presence when Max Verstappen set the new fastest time of 1:17.509s after 25 minutes to top the session ahead of his team mate Daniel Ricciardo by 0.047s. The top five had all set their times on soft compound tyres, while Kimi Raikkonen was sixth on the mediums.

Hamilton's first run on the ultras saw him fly across the kerbs at the chicane, but Vettel's initial outing on the purple compound was more successful as he went top with a time of 1:16.834s. Verstappen's riposte came within 0.074s of the Ferrari's time but was not quite good enough to reclaim the top spot. Raikkonen's effort was fast enough to put him third ahead of Ricciardo, until the Australian succeeded in squeezing out a little more pace.

The ultras also contributed to significant improvements for Esteban Ocon and Charles Leclerc, with both the Force India and the Sauber getting into the top ten on their latest runs before more flying laps from their rivals started pushing them back down the order. Leclerc ended up a disappointing 17th, just behind his team mate Ericsson who had earlier suffered an unsafe release on pit lane that will likely earn the team a fine from the stewards. 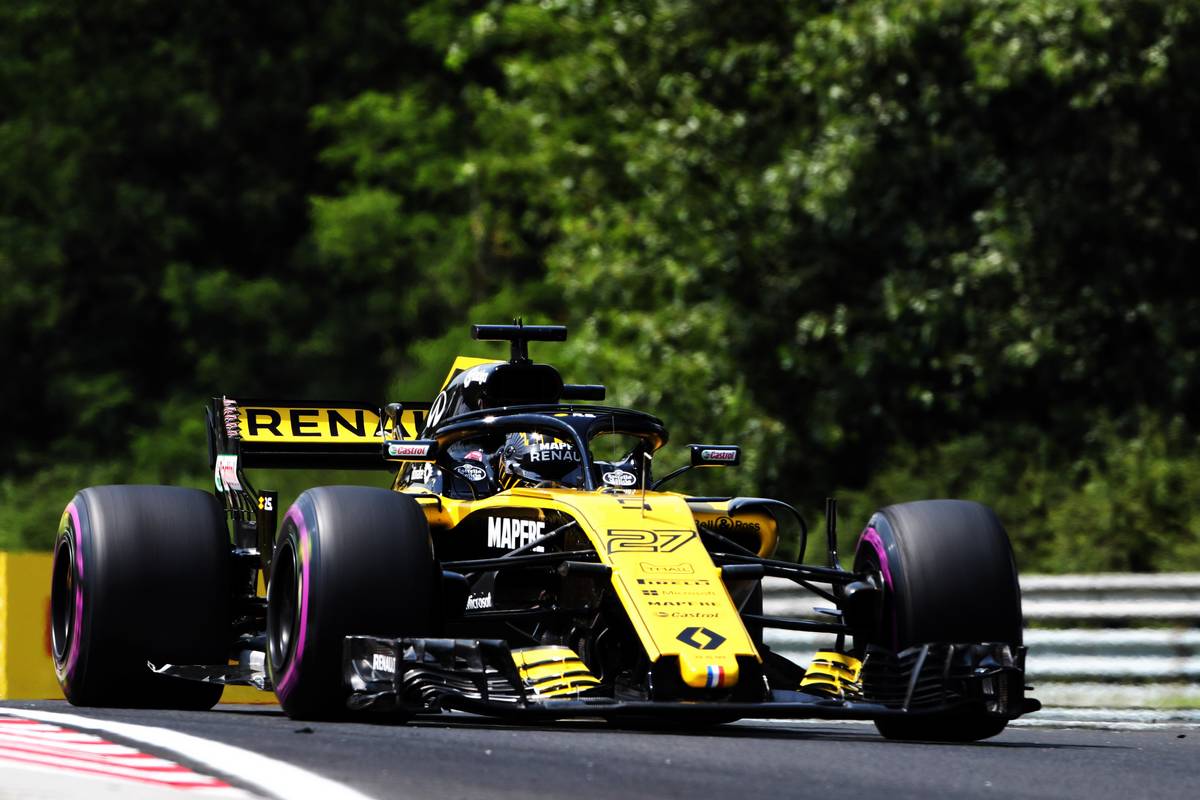 As the afternoon progressed, cloud cover had been building up. There was even a hint of rain in the air and lightning on the horizon. It took the edge off the searing track temperatures, and teams turned their focus to distance runs for the remainder of the day rather than qualifying efforts.

Joining the fray at the halfway point was Renault's Nico Hulkenberg who had been sidelined early on while the team fixed the electrical issues that had curtailed his morning session. He ended the day 14th fastest having completed a total of 23 laps after lunch.

Fernando Alonso overcame early power issues to end the day 12th fastest. His team mate Stoffel Vandoorne finished in 19th place after McLaren reverted to an old chassis for the Belgian in an attempt to address chronic handling issues. He survived a mid-session scare when he spun off into the gravel at turn 5 after dropping a wheel onto the grass. 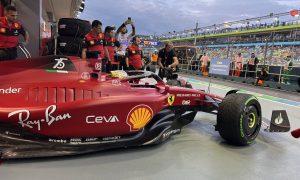 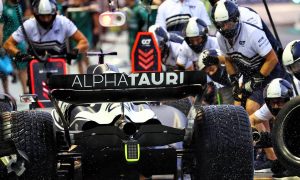