Mercedes technical director James Allison has defended the team's decision to pit Valtteri Bottas when it did during the Hungarian Grand Prix, even though it ended up costing the Finn a podium finish.

The team reacted to an early pit stop for Ferrari's Kimi Raikkonen, bringing their man in on lap 15 and hoping that he would be able to run the remaining 55 laps on a single set of soft tyres.

After fighting hard to maintain second position, Bottas finally lost out to the Ferraris of Kimi Raikkonen and Sebastian Vettel on lap 65. He subsequently ended up colliding with Red Bull's Daniel Ricciardo as he struggled for grip, and finished in fifth place.

Speaking in Mercedes' Pure Pitwall video briefing, Allison admitted that the team might have done better if they had waited to bring Bottas in - but insisted that it had probably made little difference to the final outcome.

"In hindsight, yes, we could have [waited]," he said. "Whether or not we could have stayed out long enough to have made a difference is another question altogether.

"Kimi was a few seconds behind Valtteri when he made his first stop of the day so we had a small amount of breathing space," he continued. "We had a bit more breathing space by the fact that Kimi's pit stop was actually quite slow.

"Although we did choose to react quite quickly, we contemplated for a little while pushing out another couple of laps, making it more of a tight thing to Kimi to prevent him undercutting us.

"We contemplated it but in the end, we rejected it, because we thought: well, we too might have a bad pit stop," he explained. "What we definitely don't want to do is lose the position to Kimi by pushing our luck too far.

"Arguably we were a little conservative. Arguably we could've had a couple more laps on that first stint and then as a result of that been a little bit less exposed at the end of the race.

"But the reality is that we lost the rubber with about six or seven laps to go, and those two laps wouldn't have made any difference," he pointed out. "It's always a swings and roundabouts thing and never quite as obvious as it looks at first glance."

Allison also explained why the team decided not to pit Bottas for fresh tyres under the late Virtual Safety Car that followed Stoffel Vandoorne's retirement.

"We would have done if the VSC was guaranteed to have lasted long enough for us to make the stop," he said.

"At the time we were holding what felt like a risky second place, where we thought we might be able to get to the end but we weren't certain.

"We felt that the likely worst case scenario was that we'd come home fourth," he continued. "So we might well have considered trading that risky second place for a nailed-on third. 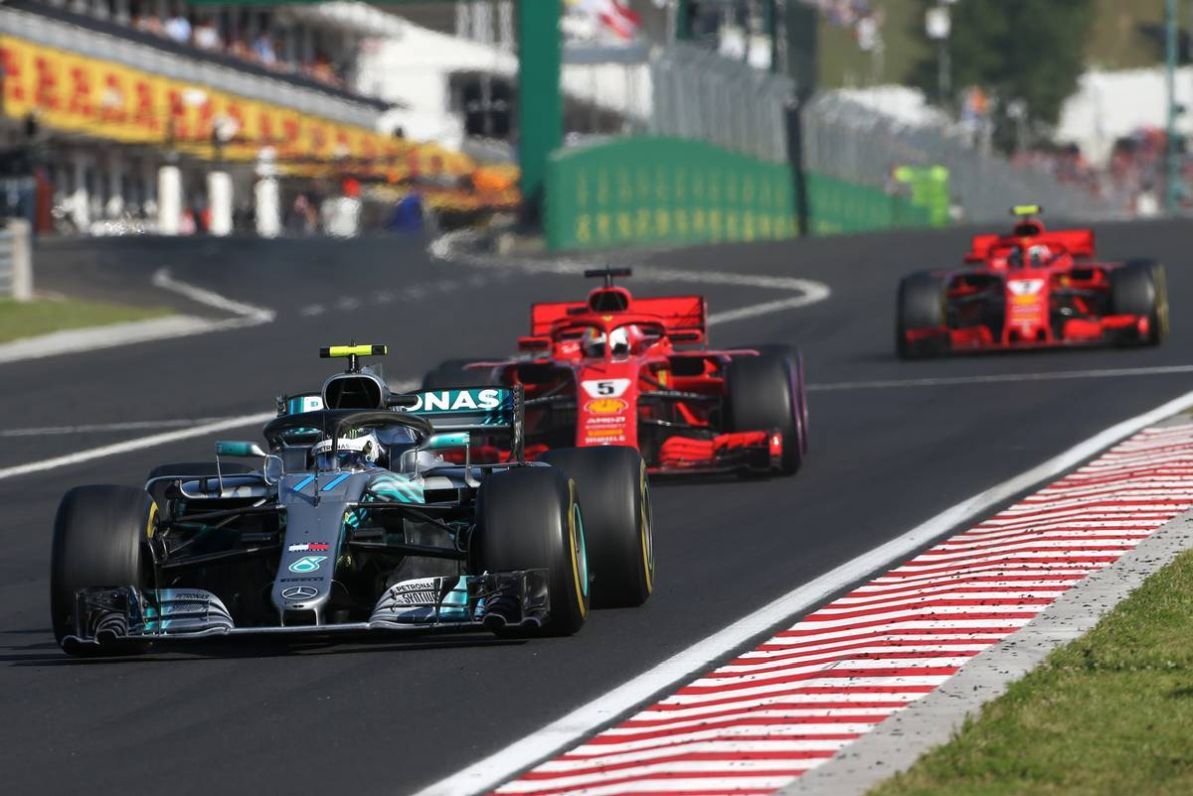 "We had the space to do it and get out ahead of Raikkonen. We might've considered it if we could be confident that the VSC would've lasted long enough for us to complete the change.

"The trouble was, the car that had brought out the VSC was stopped right by a gap in the barriers. It was only going to take a matter of seconds for the marshals to pull that car off the track, and then the VSC would have ended.

"It would've been bad for us to find ourselves in the no-mans land," he said. "In the end we decided to cling on for our risky second place strategy, thinking worst case we would finish fourth.

"As it happened, the second place didn't work out and it ended up a little worse for Valtteri and for us.

"In the final analysis he dropped down to fifth place, behind Ricciardo. But we did consider it and that's why we didn't do it."