Mercedes has gone more conservative with its tyre choice for the Singapore Grand Prix than any other team.

Pirelli is offering up its new pink hypersoft tyre again for the race, but the Silver Arrows appear to be unconvinced that it will last the course at the Marina Bay Street Circuit.

Teams get to take 13 sets of tyre in total to each event. They get one set of each available compound by default, and can then choose how they allocate the rest.

For Singapore, the compounds on offer are soft, ultrasoft and hypersoft. The supersoft tyres are skipped over to make for a bigger step between the prime and the option tyre, with the hypersofts being treated as a 'qualifying' compound.

But many teams are loading up on the pink tyre and are clearly planning to make use of it in the race itself.

Ferrari, Force India and Haas have all requested nine sets of hypersofts for the weekend for all their drivers. And a majority of teams including Renault, Toro Rosso, McLaren and Sauber have all put in orders for eight sets.

Two teams - Red Bull and Williams - have opted for seven. And Mercedes have asked for just six sets of the hypers for Lewis Hamilton and Valtteri Bottas.

Both Silver Arrows drivers have requested the same number of ultras (four) and softs (three) as each other.

Red Bull, Renault, McLaren and Sauber's Charles Leclerc have also taken three sets of the hardest compound on offer. Marcus Ericsson has opted for just two sets, allowing him to take an extra set of ultras for a total of three.

Force India's Sergio Perez and Esteban Ocon split their remaining allocation evenly with two sets each of soft and ultrasoft tyres. Stroll also has two softs but has capacity for four sets of ultras, while Sirotkin bulks up with five - more of the purple tyre than anyone else will have at their disposal. 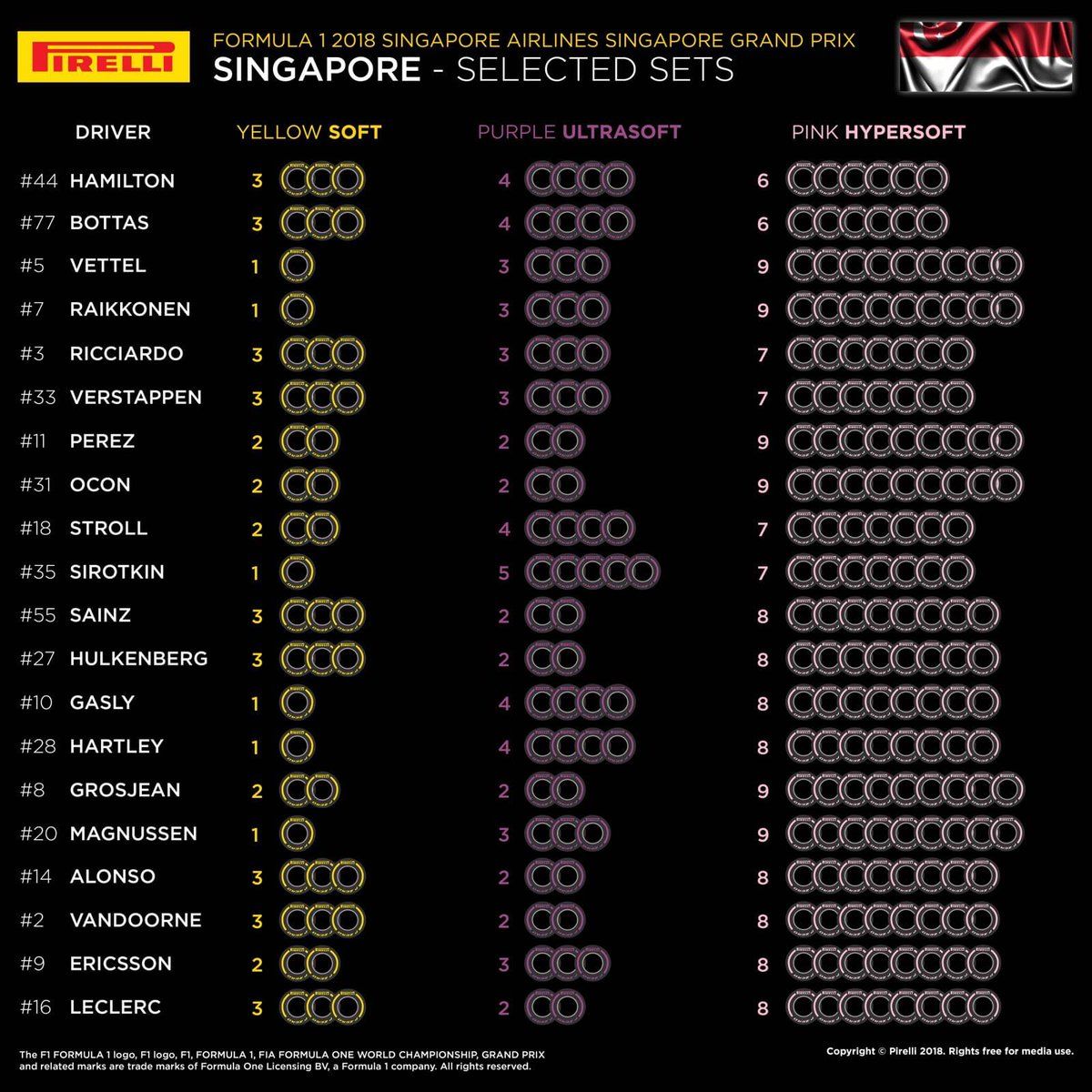 Norris 'couldn't even tell his mother' about McLaren