The Finn was instructed to allow his team mate Lewis Hamilton pass him during the Russian Grand Prix, which effectively meant he sacrificed a near-certain victory.

"The true strength of a team reveals itself in what individuals are prepared to sacrifice for the group," said a philosophical Wolff. "Valtteri was willing to sacrifice his win in Sochi to help protect our 1-2 and extend our lead in both championships.

"And he said he'd be prepared to do the same again tomorrow," he continued. "That tells you everything you need to know about the quality and integrity of his character.

"Valtteri proved in Sochi that he is a race-winning Grand Prix driver: he put it on pole, controlled the race and had the pace to win. And he also showed that he is a great team player when we need him to be in the final stages of the season."

Despite his regret at what had happened on Sunday, Wolff continued to insist that the team had made the right choice.

"It wasn't an easy call to make even though it was the right one for the points situation," he said.

"I think every one of us was facing this struggle between our head and our heart on Sunday, but there is no hard-and-fast rule or matrix you can apply.

"Whatever scenarios you think through, the old military saying is that 'no plan survives first contact with the enemy', and we saw that again in Russia with how the race unfolded.

"Each call has its own context and we may face more tough moments before the year is over. But we will handle each one on its merits and face them together, as a strong team." 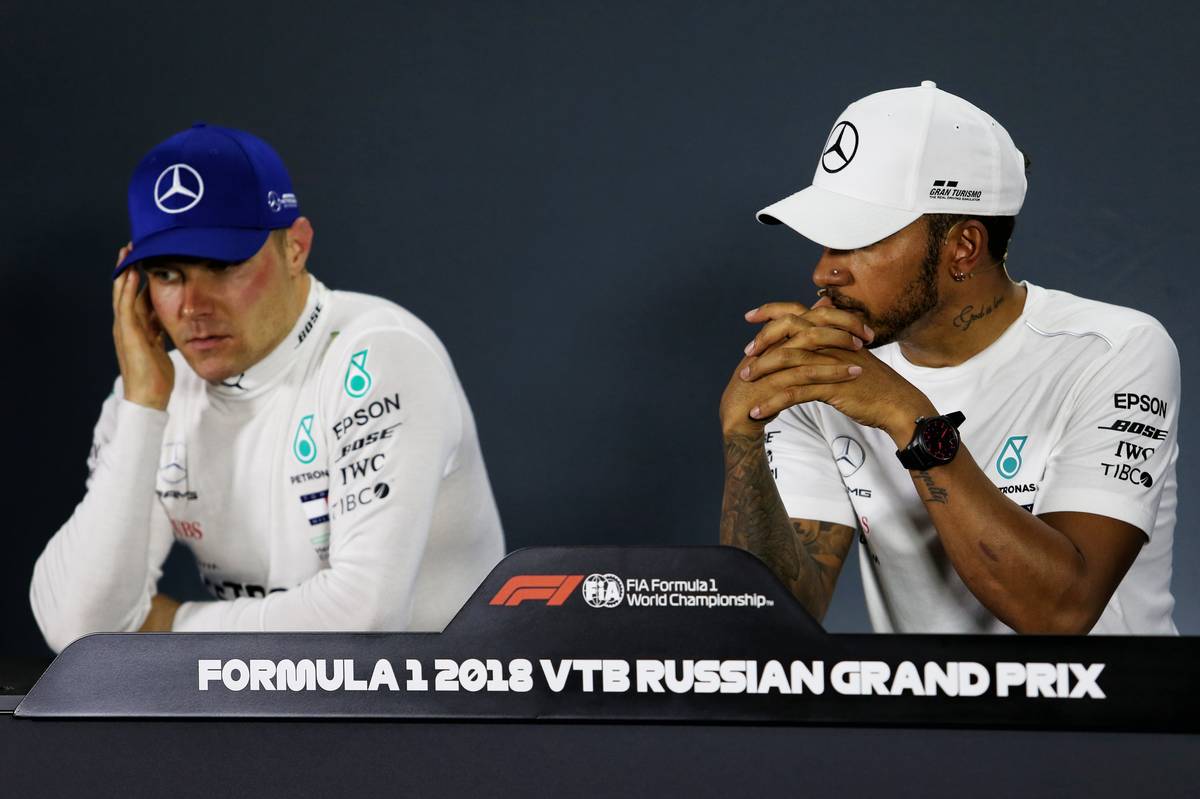 Hamilton now has a 50 point lead in the drivers championship, while the Mercedes 1-2 puts the Silver Arrows 53 points ahead of their Ferrari rivals in the constructors standings.

Healthy as that looks, there are still five races left in the 2018 season - more than enough time for Sebastian Vettel and the Scuderia to mount a comeback.

"Our fight with Ferrari is far from being over," Wolff concurred. "We can take nothing for granted and we will stay at maximum attack on every front in the next races.

"The battle with Ferrari remains extremely close, as was underlined by Sebastian's pace on Sunday and the pressure he put us under," he said. "Lewis was in Brackley this week and is hungry, focussed and completely determined to succeed.

"Suzuka will be another challenging weekend for us - we will need the very best from our team, our car and our drivers to come out on top," he added. "So we're going to Japan knowing that we all have to be at our very best if we want to claim the win."

Verstappen: 'Right choice' to give Kvyat new shot in 2019

Alonso: Suzuka all about passion, G-forces and speed