The last time that he raced at Fuji in 2008, Fernando Alonso walked away with a victory in the Japanese Grand Prix.

But returning to the venue ten years later, the former F1 world champion had to settle for second in this weekend's FIA World Endurance Championship event.

Kamui Kobayashi took the wheel of the #7 for the start of the race and quickly thrust his way through the field on a wet track, taking just two laps to move into second place behind the #8.

A lengthy safety car period to clean up debris from a blown tyre on the MR Racing Ferrari then enabled Kobayashi to take the lead over the race over his compatriot Nakajima. Mike Conway then took over the #7 and pulled out a 20-second lap over their stablemates.

Kobayashi returned to the cockpit for the final stint, and crossed the finish line with an 11-second advantage. It's the first time that Kobayashi and Conway have won since they were at Fuji in 2016, and the first time that Lopez has been part of a race-winning entry in WEC.

Alonso, Buemi and Nakajima took second place and retain their lead in the championship points. They finished four laps ahead of the best of the rest, the #1 Rebellion Racing car driven by Neel Jani, André Lotterer and Bruno Senna 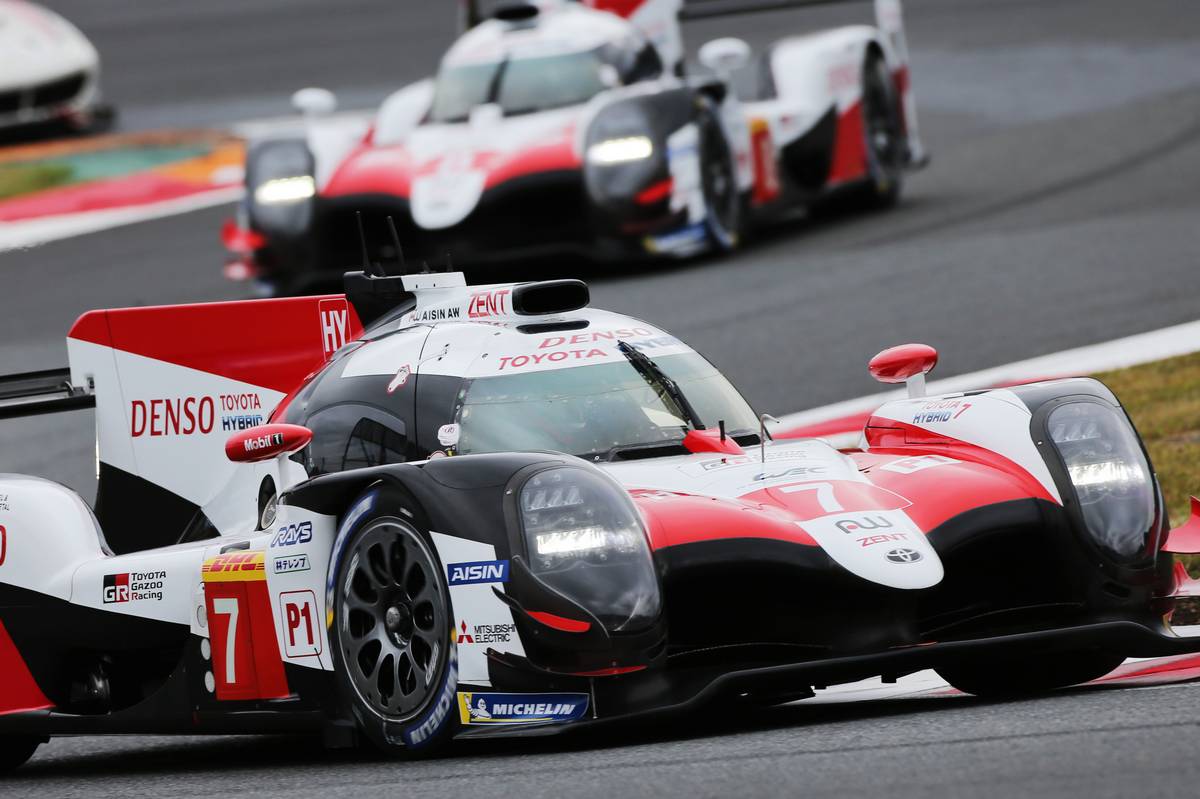 A late first pit stop meant that Jenson Button had led the race in the first hour in the #11 SMP Racing car. However the drying track meant that the advantage eventually swung to the Rebellion.

Technical issues for the #11 meant a lengthy pit stop that ended up putting them 11 laps off the lead, but Button and his co-drivers Mikhail Aleshin and Vitaly Petrov still managed to cling on to fourth place.

Both of the privateers' sister cars retired from the race. Gustavo Menezes crashed the #3 Rebellion at turn 1 during the safety car, while the #17 SMP car stopped on track after losing a wheel late in the race.

Jackie Chan DC Racing dominated the LMP2 category, with Jazeman Jaafar, Weiron Tan and Nabil Jeffri taking their first class win of the year in the all-Malaysian #37 ahead of the sister #38 car in the hands of Ho-Pin Tung, Stephane Richelmi and Gabriel Aubry.

Kevin Estre and Michael Christensen extended their GTE Pro points lead by taking victory in the #92 Porsche 911 RSR by 12 seconds over the #82 BMW Team MTEK, after the #71 AF Corse Ferrari driven by Sam Bird and Davide Valsecchi suffered a late puncture.

Jorg Bergmeister, Egidio Perfetti and Patrick Lindsey were victorious in the GTE Am class, making it a clean sweep for Porche in the GTE classes.

Grosjean 'always confident of staying at Haas in 2019'