Renault F1 boss Cyril Abiteboul fears that spiralling costs for manufacturers competing in Formula 1 could end up forcing one of the four existing companies out of the sport.

Currently Mercedes, Ferrari and Honda line up alongside Renault as manufacturers supplying engines and other components to customer teams competing in the world championship.

Last week, Mercedes revealed that its participation as a works team in F1 had resulted in costs of £309.7 million points in 2017. That's a rise of £45.9 million over the previous year, much of which was attributed to research and development - but excludes costs incurred by the Brixworth HPP engine department.

Now Honda is investing heavily in its engine department as it prepares to supply power units to Red Bull in 2019. It wants to avoid a repeat of the embarrassment of its disastrous three-year collaboration with McLaren.

Abiteboul believes that Honda is now heavily outspending Renault in its efforts to get back on top, and that this will have knock-on consequences.

"In Spa there was a very clear signal that Honda was on the move given the huge investment which we understand that Honda is putting in," Abiteboul told Motorsport.com.

Abiteboul said that the bigger the cost of taking part in Formula 1, the bigger the risk that the management boards of the big car makers would question whether it was worth it.

"[The rising cost] is in my opinion untenable," he said. "It may be paying dividends for Honda now, but at some point it will be untenable for one of the four. And who knows what will happen then."

Honda itself ran a works team in F1 until it pulled out at the end of 2008. Ironically the same squad went on to win the championship the following year and then became the successful Mercedes factory team from 2010.

Ford, Toyota and BMW have all been involved in F1 in the 21st century, only for their parent companies to decide that the financial bottom line didn't warrant it. The Ford-owned Jaguar team abruptly pulled out at the end of 2004, while Toyota exited following the 2009 season. BMW ended its investment in Sauber the same year.

Forthcoming changes to F1's technical rules - which will themselves come with a big price tag for teams to implement - were meant to attract new manufacturers such as Audi, Cosworth or Aston Martin into the sport by making it more relevant to their core business, and less costly.

However, FIA president Jean Todt admitted recently that new companies were unlikely to come into the sport in 2021 and that the priority was now to retain the four currently taking part.

"My priority is to make sure that we keep them four," he said last month. "If we can secure those four for me that would be a great achievement." 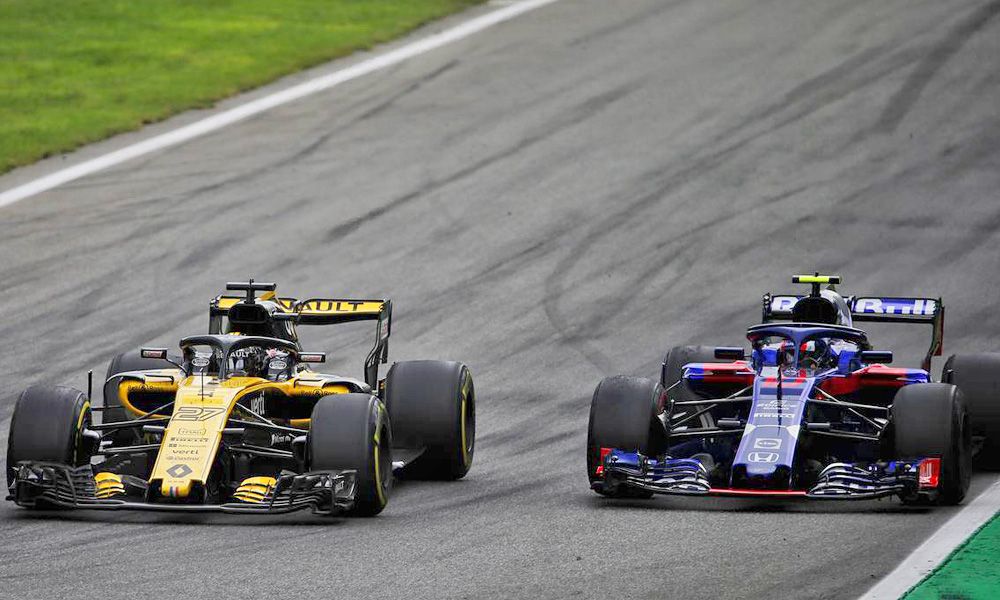 A lack of options for engine deals has been a source of major frustration for Red Bull, which was frustrated seeking alternatives after their long partnership with Renault started to sour.

Next year Red Bull will join Toro Rosso in the Honda camp, leaving Renault with McLaren as its sole customer team. Mercedes continue to service Force India and Williams, while Ferrari partner Haas and Sauber.

But a loss of any one of the four in 2021 could plunge F1 into renewed crisis if there aren't enough engine deals to supply the existing grid.

"I think F1 cannot afford to lose one of them," Abiteboul asserted. "And I don't see enough decision [or] action being taken [by the FIA or new owners Liberty] to alleviate that necessity to spend, in a way that might be untenable in the medium to long term."

In the meantime, he admitted that Honda's spending splurge had propelled the Japanese manufacturer to performance parity with Renault this season.

"They are definitely back," he acknowledged. "They are at a similar level to us in terms of competitiveness.

"That's why again we cannot sleep on next year's engine development," he added. "And we also need to put that in perspective of 2021, where we want to start as early as possible.

Hamilton, Vettel and Raikkonen match up on Mexico tyres