Pirelli will offer its soft, supersoft and ultrasoft tyres tio competitors this weekend, the same selection that kicked of the 2018 season in Melbourne.

Austin's Circuit of the Americas has become a popular venue for F1, not only for its lively atmosphere but also for its unique layout which embodies pretty much the best of what every other track on the schedule has to offer.

"As was the case last year, we expect a few different strategies to be possible at Austin, but due to the frequently variable weather and wide range of track characteristics, this is always quite a hard race to predict," said Pirelli's Mario Isola in the tyre supplier's preview of the US GP.

"In recent years, the asphalt that made its debut in 2012 has stabilised, but it will be particularly important for the teams to get a comprehensive read on the latest conditions in free practice to prepare an optimal strategy.

"This isn’t always obvious in Austin, although there are several opportunities to overtake on track as well, as we saw last year. In 2018, this race is of particular importance to us, as Pirelli is the grand prix title sponsor.

"This underlines the significance of the United States to our company, with the very first P Zero World store being opened in Los Angeles two years ago." 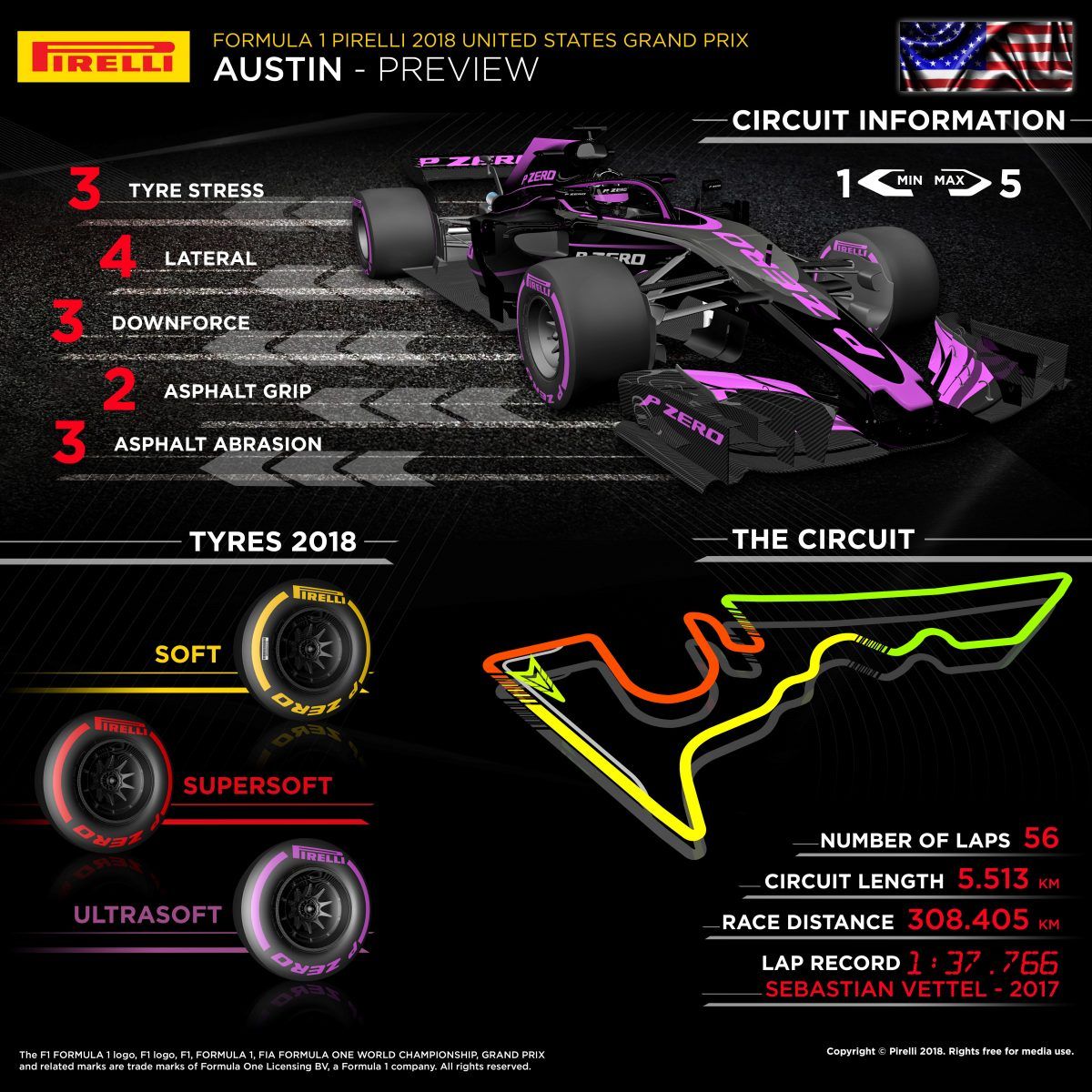 Stroll: 'Texas is Texas - and it's awesome!'