Esteban Ocon thinks that Charles Leclerc could upset the natural order of things in Formula 1 as early as 2019.

Leclerc has already made an impression in his maiden season in F1 with Sauber, enough to persuade Scuderia management at Maranello to give him an immediate promotion to the Ferrari team for next season.

That will put him alongside four-time world champion Sebastian Vettel, who has been the main rival to Lewis Hamilton in this year's driver's championship.

But Esteban Ocon predicts that Leclerc could surprise both his new team mate and the drivers at Mercedes and be a genuine threat to them in next year's campaign.

“I think Charles will fight for the title next year, for sure,” the Force India driver said. “At least it won’t be a surprise to me."

He also expected Pierre Gasly to be in the mix when the Frenchman moves up from Toro Rosso to replace Daniel Ricciardo at Red Bull. "Pierre and Charles are going to fight for wins and podiums," he insisted.

And if that happens then Ocon believes that it's going to be a shake-up to the grid, perhaps signalling the beginning of the end of the sport's longer-standing drivers like Hamilton and Vettel.

"Probably the mentality of F1 is going to change with that," he said. "Seeing that young drivers can do the job, too. That’s only going to help the younger ones coming in.”

By young ones he no doubt includes himself. The 22-year-old is currently scrambling to secure himself a spot on next year's grid as his departure from Force India in place of Lance Stroll is all-but-confirmed.

The Williams team indicated on Thursday that it was still trying to do a deal to put Ocon into the second seat at Grove alongside the recently announced George Russell. 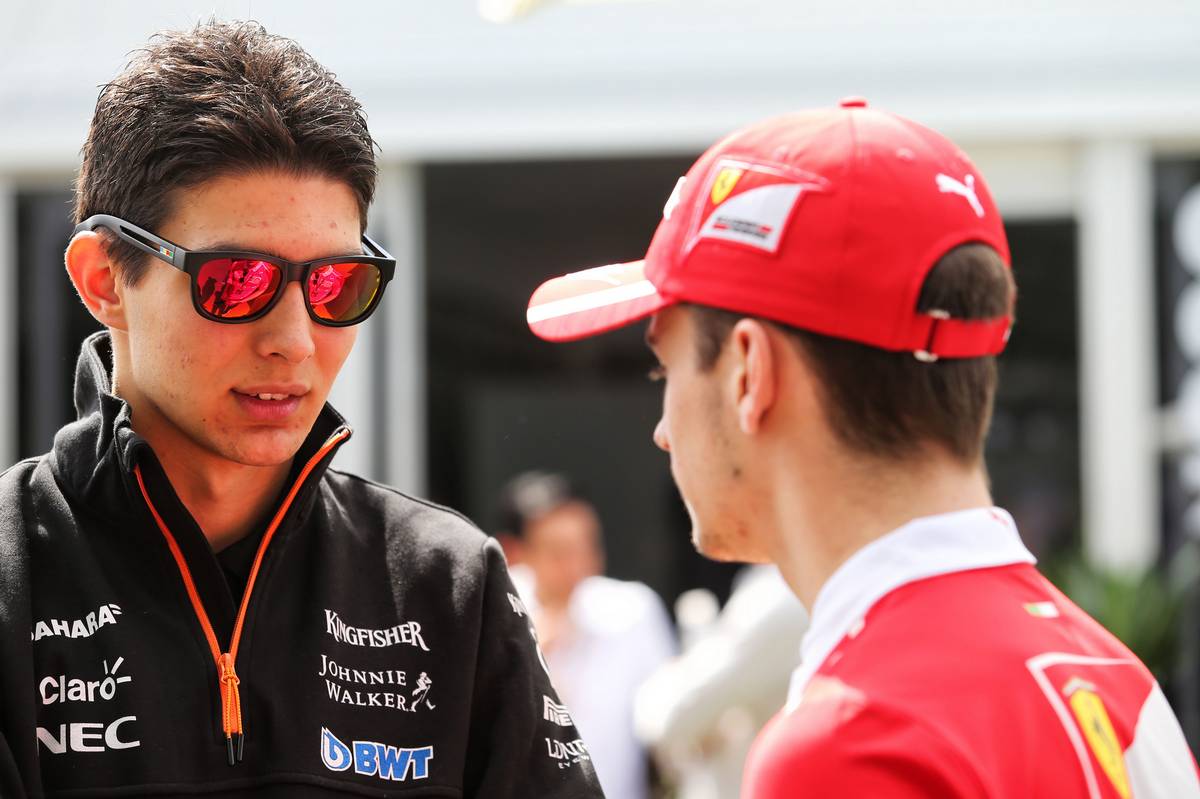 Ocon is hoping that Leclerc's meteoric rise will make teams look at him in a new light as well.

"We've been fighting all the way through, to be honest, me Charles and Pierre," Ocon explained. "Me and Charles more than with Pierre, because Pierre started a bit later in karting.

"In the French championship I was winning and then I was fighting with Charles, and Charles was arriving and he was a rookie.

"[So] I know him pretty well. The first race we raced together was in 2005 in Mini Karts, we were seven or eight years old.

"We were first and second. I was on the inside and we crashed on the last corner of the last lap, so he didn't finish," he continued. "I finished, like, sixth or seventh. That was the first time we met.

"All our career we've been fighting like this together. I know he has a very good talent from day one. He's one of the quickest guys out there.

"I think he will show that next year, definitely."

Gasly to try out Toro Rosso aero upgrades in Austin

Hamilton splashes his way to the top in wet Austin FP1