Lewis Hamilton mastered the wet conditions in Austin, topping the times in free practice 1 for the United States Grand Prix by 1.3s over his Mercedes team mate Valtteri Bottas.

Red Bull was best of the rest with Max Verstappen and Daniel Ricciardo third and fourth respectively, ahead of Ferrari's Sebastian Vettel and Kimi Raikkonen.

Practice was held on a wet track, although the rain largely held off during the session itself meaning that there was more activity than had been expected given the inclement conditions in the hours beforehand with over 250 laps completed in total by the 20 participants.

Heavy overnight rain had left the Circuit of the Americas looking bedraggled as teams prepared for the start of the 90-minute first free practice session. But despite prominent large puddles lying in sections of the 5.513km track, and a virtual river running between turns 14 and 15, the good news was that actual precipitation had all but abated as the light at the end of pit lane went green

Sauber's Marcus Ericsson was first out on track, the full rain tyres throwing up an impressive rooster tail of water from the wet surface. Quick to join him trying out the cold, grey conditions was McLaren's Lando Norris, sitting in for Stoffel Vandoorne, while Sean Gelael was similarly quick to take advantage of his chance at the wheel of the Toro Rosso in place of Brendon Hartley.

Ferrari's Sebastian Vettel and the two Mercedes of Lewis Hamilton and Valtteri Bottas soon ventured out to take a look at the treacherous conditions, while the first man to switch from the wet tyres to the intermediates was Renault's Nico Hulkenberg.

Staying on the asphalt was proving tricky enough and no one set a lap time for the first 20 minutes. Daniel Ricciardo was first to do so, the Red Bull clocking in at 1:55.266s which was quickly bettered by his team mate despite Max Verstappen having to save a big wobble during his run. 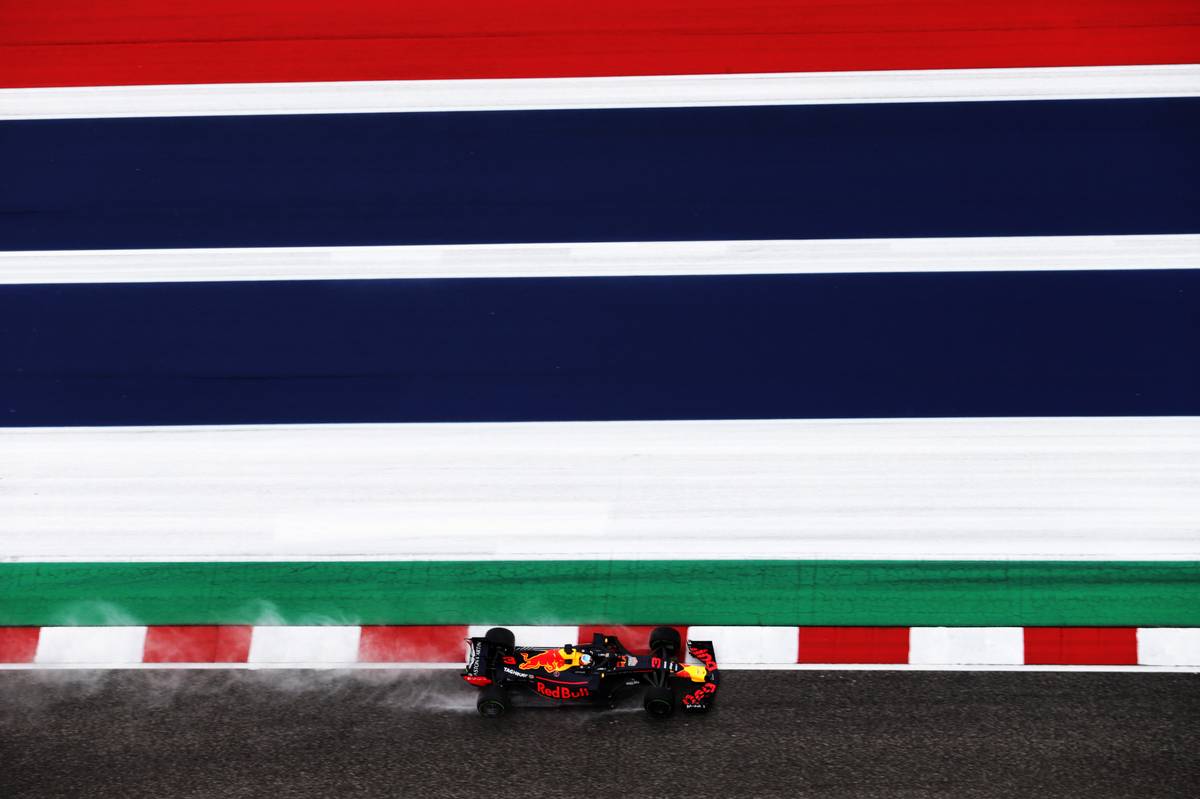 The pair continued to trade the top time back and forth as a weak dry line started to appear, allowing Bottas to go ahead of both of them with a new target time of 1:48.806s half a second clear of Ricciardo's latest.

Conditions were still proving more than a little demanding and were quick to catch out anyone asking too much of their cars in the circumstances, even Vettel who ran wide over the turn 1 run-off. His future team mate Charles Leclerc also found trouble when he ploughed across the sodden gravel in the first sector, prompting race control to temporarily red flag the session to allow track workers to deploy jet blowers to help clean up the Monegasque's mess.

When the track reopened for business with 40 minutes left on the clock, Hamilton rolled into action. He was soon at the top of the timings with a lap of 1:47.502s, over a second clear of Bottas, Verstappen and Ricciardo signalling that the track was getting faster with no significant rain forecast for the remainder of the session.

Verstappen's response saw the Dutch driver getting unsteady through turn 16 and running off, leaving the Red Bull heading to pit lane rather than continuing. Pierre Gasly also had a lock up in the Toro Rosso but without going significantly astray.

Vettel was also running wide again, this time at turn 11, but by now he had bounced back from his earlier off-track excursion and moved up to fifth place. That put him ahead of team mate Kimi Raikkonen, who was trying out the new Ferrari floor on his car during this first session. The pair put in more laps than anyone except Toro Rosso, potentially signalling a focus on race pace with a heavier fuel load than their main rivals on the grid.

Carlos Sainz was best of the rest for Renault ahead of Haas' Romain Grosjean, with Leclerc making a late improvement to go ninth ahead of his team mate Ericsson, nudging McLaren's Fernando Alonso and Lando Norris out of the top ten with Gasly 13th. 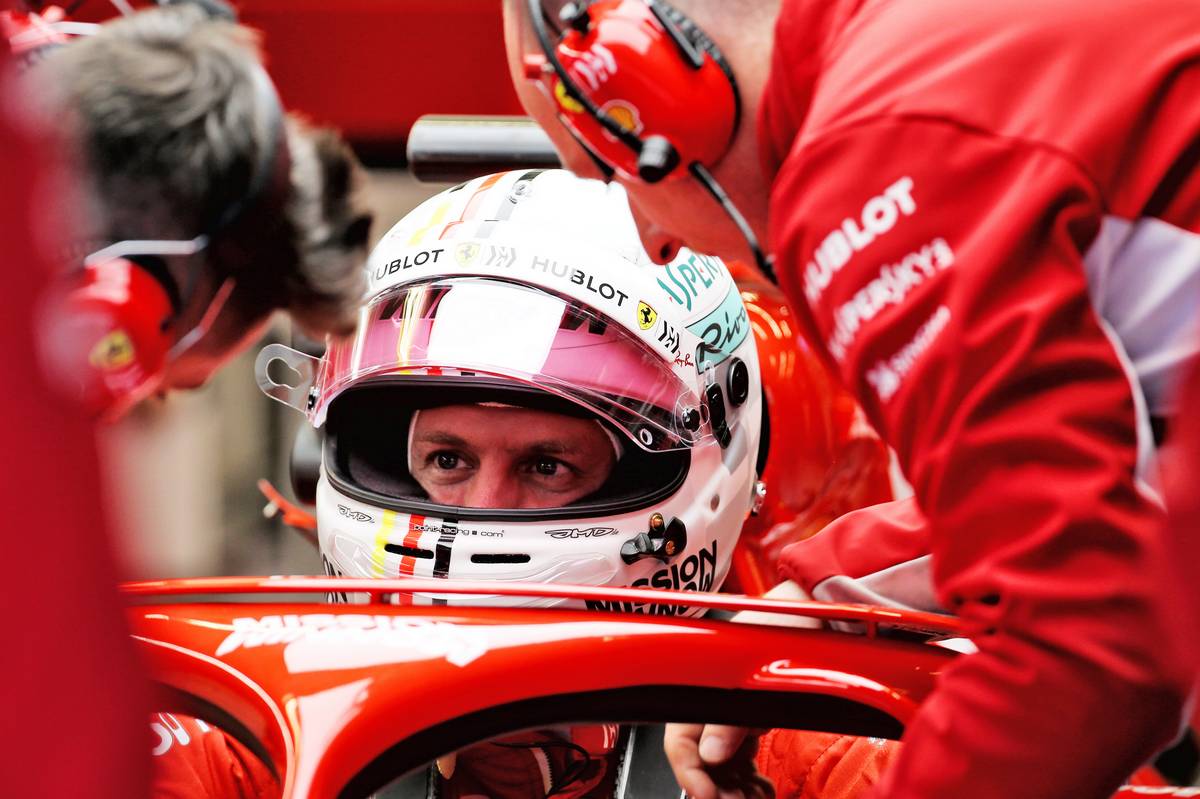 Ocon backs Leclerc to fight for title in 2019