Lewis Hamilton says that Fernando Alonso could have won more world championships in Formula 1 during his 18-year career in the sport - if only he'd made the right decisions outside the cockpit.

The two drivers had a notoriously troubled relationship in 2007 when Hamilton joined McLaren for his rookie season.

"Being in a top team straight away - and having to try to deliver against a two-time world champion who has been through what I have been through to this point almost - was a huge demand," Hamilton told BBC Sport of that first season. "It was one of the toughest years of my life."

However the situation between the pair has thawed over the years, with Alonso recently acknowledging the Briton's undeniable talent.

"He is one of the top so I think he should be happy with that," Alonso stated. "And it’s not finished yet. I think next year he starts as a favourite again so that is a good thing."

Since they were last team mates, Hamilton has claimed five titles while Alonso has remained stuck on just two. But Hamilton said that was mainly due to the decisions that Alonso had made away from the car rather than any lack of talent while driving it.

"Sure, he could have won more championships," the Mercedes driver told Auto Motor und Sport. "But it's not like he didn't have the chance.

"It just depends on making the right decisions outside the cockpit," he continued. "If you think like he did that you control the driver market, you can't be surprised when you end up without something in your hands.

"Seb and I were also on the market," he added.

After Alonso left McLaren he returned to Renault with whom he'd won the title in 2005 and 2006, and then embarked on a four-year tenure at Ferrari and then a similar spell at McLaren, but he was unable to win a third championship.

Hamilton said that the disappointing end to Alonso's F1 career did not tarnish the Spaniard's legacy in the sport as far as his peers were concerned.

"He is a phenomenal driver, and I believe his reputation has not suffered in recent years," Hamilton noted. "I think people know what he brought inside and outside of Formula 1." 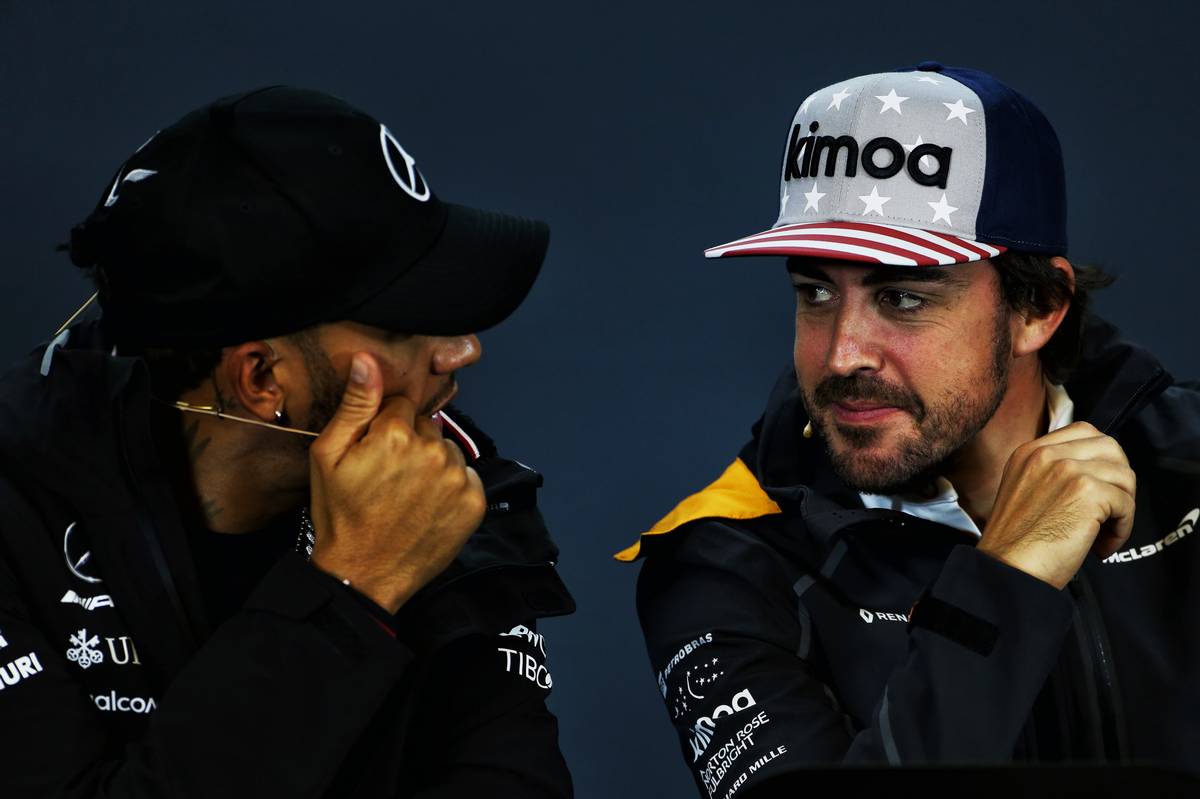 Hamilton has been tipped to go on and equal Michael Schumacher's record of seven titles at some point in the future. But the driver himself isn't quite so sure and signalled that his time in the sport might be running out.

"I am here for a few more years, so I am hoping I can at least get close," he told reporters. "I've still got things to achieve, still so many targets, so many things ahead.

"I feel like I'm still driving with that fierce fire I had when I was eight years old," he continued. "I'll keep going until that goes ... My body will probably run out at some stage.

"The way I have always approached it is to be really thankful for the ones you have. Whether I have the chance to win more, who knows? But I am going to give it everything to do so."

Brawn tells Ferrari not to panic after latest title loss