Lewis Hamilton overcame changeable conditions in Interlagos to secure his tenth pole position of 2018, but he admitted that it had been one of the more demanding and unpredictable qualifying sessions of the year.

"That was a tough qualifying session," he said afterwards. "Obviously the weather was going up and down and we didn't know what to expect.

"I didn't know whether I had pole - the last lap wasn't that great if I'm honest," he admitted. "I had a bit of understeer in a few places.

"I was so grateful when I heard that I had pole," he said. "Just a lot of work has gone on in the background with my engineers to make sure we got the car to the best place we could."

Hamilton's pole position may yet be at risk after a near-miss incident with Williams' Sergey Sirotkin during Q2. However it wasn't immediately clear whether the race stewards would be calling the five-time champion to account for what happened.

Hamilton himself had no doubt that it was the Russian rookie to blame for the scare. “Everyone was on an out-lap," he explained. "Me, Sergey and everyone in front of me.

"When you are on an out-lap, Valtteri was ahead of me and he was backing off to get his gap to I had to back off.

“I was making sure I had the gap but then all of a sudden I saw a car coming at high speed and was like, ‘Oh my God - is that someone coming on a lap?’

"I went left, but he was going left," he said. “But he wasn’t on a lap, so I don’t know what his thinking was. We all know to keep a gap.

“It was a disrespectful move. I was trying to get out of his way and then he got to the corner and slowed up. It was kind of strange.

"It was completely unnecessary because behind him there was a bit of space so ultimately his lap and my lap weren’t great. Hopefully he can learn from it.” 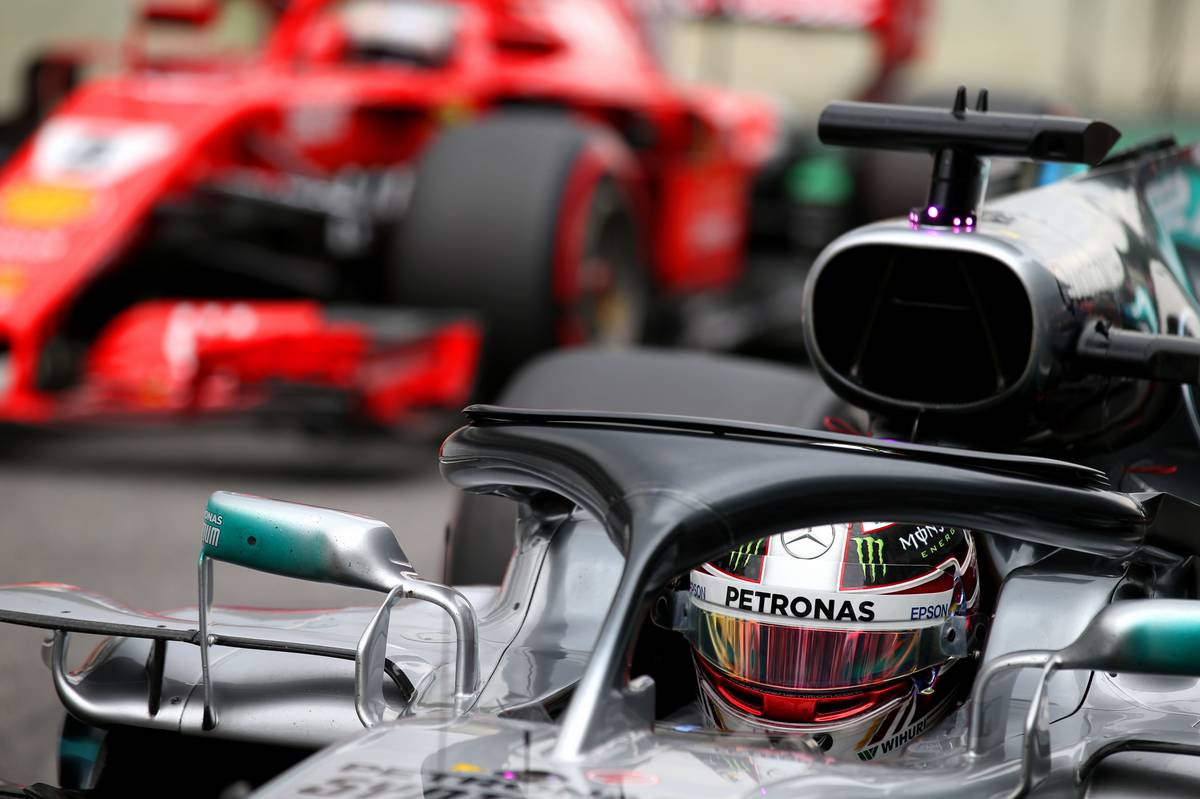 Assuming he keeps his pole for the race, Hamilton knows he has an uphill battle against Sebastian Vettel and Kimi Raikkonen in store for tomorrow.

As a result of changeable weather in Q2, both Ferrari drivers were able to ensure that they will start the race on the more durable soft tyres. However Hamilton and his Mercedes team mate Valtteri Bottas will be on the faster but shorter-lived supersofts for the opening stint.

"Ferrari are incredibly quick this weekend," Hamilton admitted. "You've seen how quick they are but they had a lot more blistering yesterday than we did on the supersoft tyres.

"I don't know if it was correct but we wanted to be on the soft and things sort of swung us the wrong way - or maybe right way, we'll see tomorrow."

Vettel in hot water with the stewards after weighbridge fiasco