The Mercedes driver set a new track record time of 1:07.281s at Interlagos to see off the threat of Sebastian Vettel by just 0.093s. However the Ferrari driver will have a potential advantage in the race having set his fastest Q2 time on soft tyres, while Hamilton will have to start the race on supersofts.

In a further twist, Vettel faces a mandatory visit to the stewards' office following an incident in the second round of qualifying, with the risk of a grid drop or even exclusion from qualifying facing the Ferrari driver.

Although the winds had remained gusty all day on Saturday, conditions at the Autodromo José Carlos Pace had been getting increasingly brighter and warmer. However by the time the track opened for business for the first round of qualifying, dark clouds were threatening to roll in and make their presence felt. 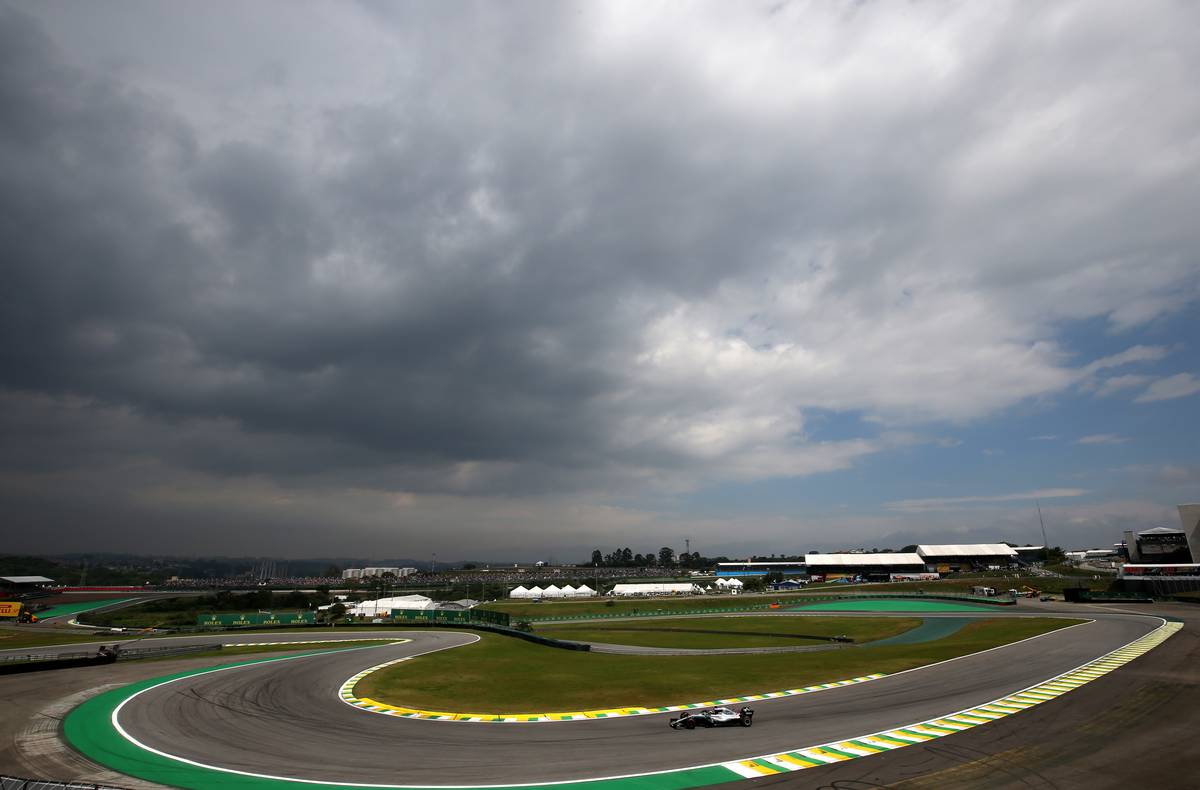 Q1: Verstappen fastest as rain moves in over Interlagos

Drivers responded to that threat of rain coming in by getting straight down to work, with Sauber's Charles Leclerc first out and both Mercedes drivers hot on his heels with the pit wall telling Lewis Hamilton "the rain is on its way" in no uncertain terms.

The first flying laps saw Red Bull's Max Verstappen top the timesheets with 1:08.205, a quarter of a second faster than Ferrari's Kimi Raikkonen. Hamilton was third fastest ahead of Sebastian Vettel and Daniel Ricciardo. An impressive lap from Leclerc demoted FP2 pacesetter Valtteri Bottas to seventh after the Finn was held up by a slower Haas. Leclerc himself had a spin when he tried to push for more speed next time by, but was able to sort himself out and get back underway.

Vettel was able to move up to third place with his own second run which put him ahead of Hamilton, and Bottas also got a chance to put in a better effort and duly rose up to fifth ahead of Ricciardo and Leclerc. Left in the drop zone at the midway point were Force India's Sergio Perez, Toro Rosso birthday boy Brendon Hartley, McLaren's Stoffel Vandoorne, and the two Williams of Sergey Sirotkin and Lance Stroll.

Light rain was starting to fall but the hot track meant it made little difference to the drivers, with Perez improving to 12th and Sirotkin jumping up to 13th place, which put Fernando Alonso and Pierre Gasly in danger of elimination. Both Toro Rossos found more speed with their next runs, but Gasly's jump up to 12th place only served to dump Hartley straight back into the drop zone along with Renault's Carlos Sainz.

Sainz attempted to get himself out of danger but his final run was only good enough for 16th, suggesting that the persistent drizzle in certain parts of the circuit was starting to have a real effect. As a result, there were no late escapes from the bottom five and Sainz, Hartley, Alonso, Stroll and Vandoorne were all prematurely done for the day. 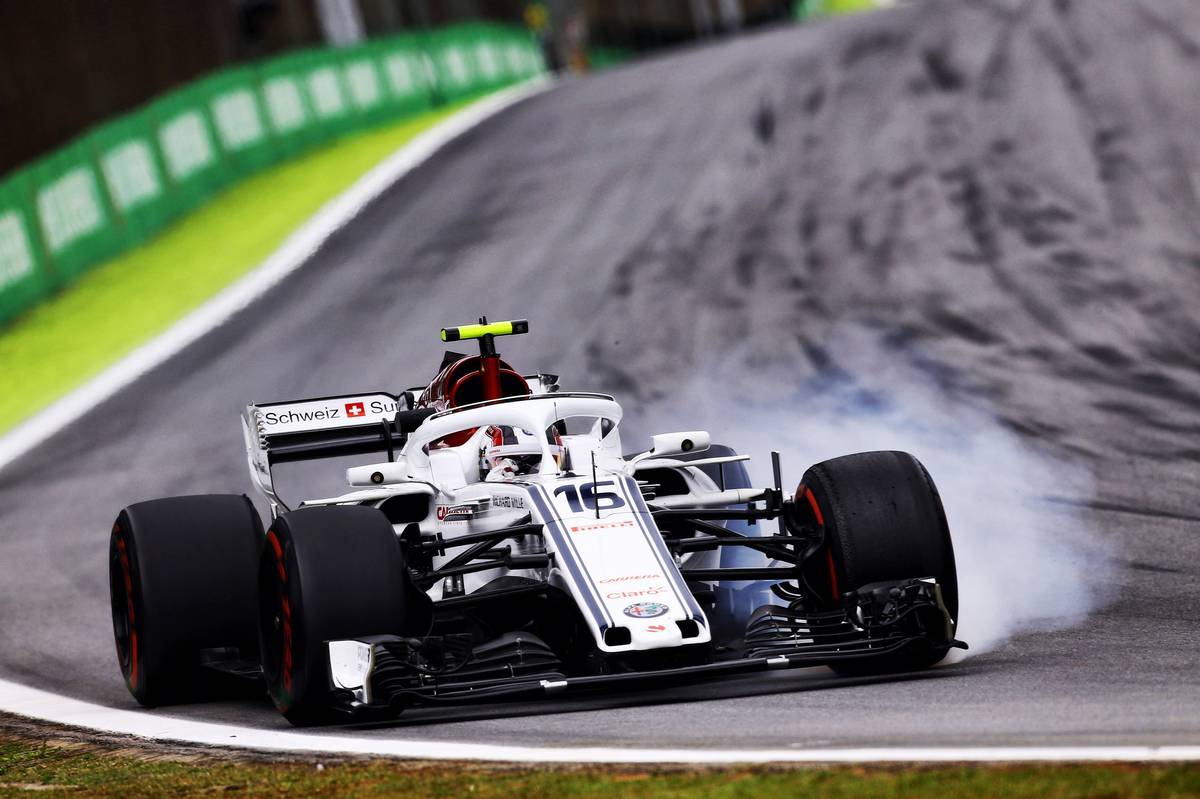 Q2: Bottas on top, Ferrari on softs as Leclerc defies the elements

With more rain showing up on the weather radar, there was a long queue of cars waiting to get out when the light at pit exit turned green. An extra complication was the question of tyre strategy, with Ferrari bold enough to risk bringing Vettel and Raikkonen back for the soft compound while the rest of the field played safe with supersofts.

Bottas went top with 1:07.727s which was just quicker than Vettel, Hamilton and Verstappen. Raikkonen was fifth fastest ahead of Ricciardo, with Haas' Romain Grosjean seventh quickest followed by Ericsson, Gasly and Magnussen. It meant Leclerc and the two Force India cars of Perez and Ocon were left outside the top ten.

There was a dramatic near miss on Sirotkin's flying lap when the Williams came up on a slow Lewis Hamilton, who realised and tried to jink out of the way at the last minute only to put himself right in the Russian's path. Fortunately both drivers avoided a collision, but the race stewards will doubtless be seeking a word with the five-time world champion about what happened especially after a separate close call between Hamilton and Raikkonen in the same session.

Vettel will be joining him at the headmaster's office after an incident at the FIA's roll-on, roll-off weighing station, when he apparently failed to follow the instructions of the marshalls. In his impatience to get back out before the weather worsened, Vettel seemingly left his engine running in neutral which made an accurate reading impossible. He then drove off the scales, causing damage that put them out of use. In the past, drivers have risked exclusion from the results of qualifying for such offences.

Meanwhile Hamilton had another headache on his mind with the realisation that Ferrari's successful gambit to start Sunday's race on soft tyres was going to pay off. Both Mercedes and Red Bull tried to get their cars back out on the more durable compound, but the conditions were deteriorating rapidly and they were unable to improve upon their supersoft times.

An exception to the rule was Leclerc, who despite complaining over the team radio that the track was now too wet for slick tyres, nonetheless managed to pull off a fabulous last gasp final flying lap on supersofts to jump up to eighth place. That demoted Magnussen out of the top ten along with Perez, Ocon, Hulkenberg and Sirotkin as the chequered flag came out.

Ocon has a five place penalty which means he will drop from 13th to 18th on the grid for the start of Sunday's race. 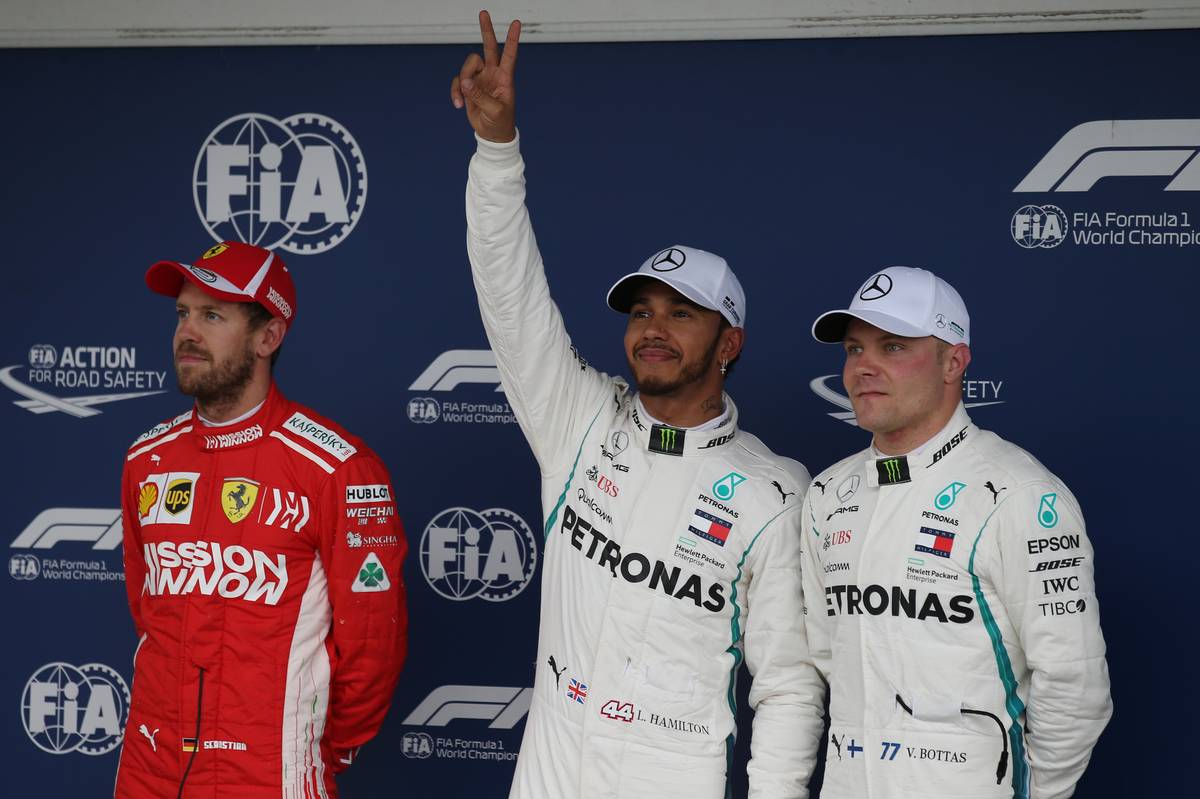 Q3: Hamilton on record form to claim pole from Vettel

With the rain having eased off, the Interlagos track record was broken early in Q3 with Hamilton shrugging off his second round distractions to go top with 1:07.301s which was less then a tenth faster than Vettel's riposte.

Bottas beat Raikkonen to set up a provisional all-Finn second row, with Verstappen and Ricciardo locking out the row behind for Red Bull and Ericsson and Leclerc similarly flying in formation for seventh and eighth place ahead of Grosjean and Gasly.

After a brief adjournment, the drivers returned to the track for their final runs of the day. Hamilton marginally improved his time and was the only one of the top drivers to do so, meaning that he had successfully clinched his 82nd pole position in Formula 1.

Assuming that the stewards don't have anything to say about it, Vettel will join him on the front row ahead of their respective team mates Bottas and Raikkonen. How the two teams' different tyre strategies will play out on Sunday afternoon remains to be seen.

Bottas, Raikkonen and Verstappen maintained their positions. Ricciardo similarly finished the final top ten pole shoot-out round in sixth place, but a five place grid penalty for a new turbocharger will demote him out of the top ten.

It means that Ericsson gets his best-ever grid spot followed by Leclerc, Grosjean and Gasly, with Magnussen promoted to tenth place ahead of the Aussie.

Alonso: Priority of NASCAR car swap is 'to have fun'

Vettel in hot water with the stewards after weighbridge fiasco