Sebastian Vettel's curiously lacklustre performance in the Brazilian Grand Prix was due to a sensor issue on his SF71H, Ferrari has revealed.

Vettel struggled to get away on the formation lap, and then had no chance of beating pole sitter Lewis Hamilton into turn 1 when the race got underway.

He was overtaken by both his team mate Kimi Raikkonen and by Red Bull's Max Verstappen during the opening stint. Even though he got back ahead of Raikkonen during the pit stops, he subsequently complied with team orders to let the Finn go past.

In the end he was only able to finish in sixth place, and was 27s off Hamilton at the line. But the team explained afterwards that none of it had been the driver's fault.

"Right from the formation lap, we became aware of a problem with a sensor on Seb’s car," said team principal Maurizio Arrivabene.

"This meant that, for the whole race, he had to run different settings to those we would have normally used and that made the car difficult to drive."

"Obviously, this was not an easy race and I am not happy with sixth place," Vettel picked up. "I tried to do my best, but the car was difficult to drive and I even struggled to drive on the straights."

The team had pinned its hopes on starting the race on soft tyres while those around them were on the less durable supersofts. But as it turned out, Vettel said it had made little difference on the day.

"I don’t think it was an advantage for us to start on soft tyres," he confirmed. "The supersofts lasted longer than expected, but that’s how it was.

"The first part of my start was going well, but then the second was not that good," he continued. "I had nowhere to go with Lewis in front of me. I think we just didn’t have enough grip in the second part of the Esses, Lewis and Valtteri worked together and I had no chance.

"Lewis was a little bit quicker on the brakes to give Valtteri the outside line and then in lap 2 or 3 Max passed us as he was faster."

Although Raikkonen succeeded in finishing on the podium, Ferrari had not been able to earn enough points to keep the constructors championship alive to the season finale in Abu Dhabi in two weeks time. 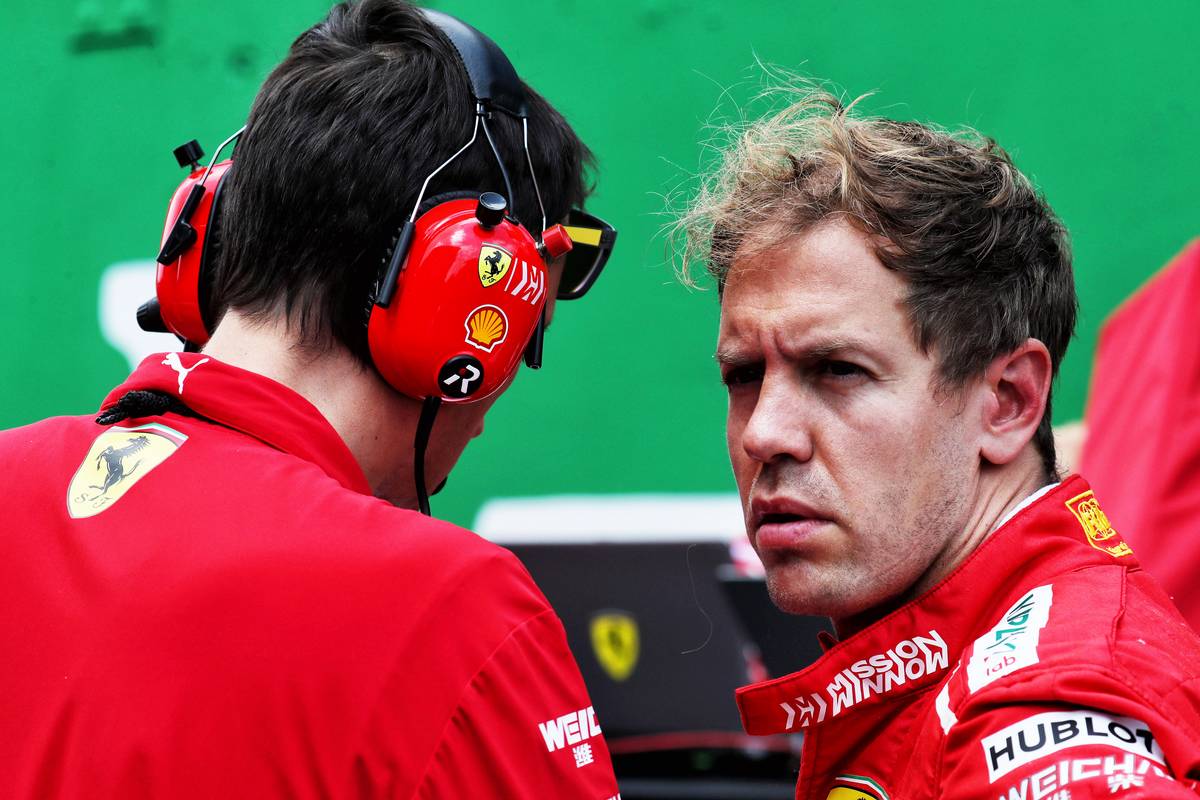 "Mercedes has been stronger than us and we can only congratulate them," Vettel shrugged. "However, I am happy that Kimi got to the podium, because it is a good result for us, even if we didn’t win the constructors’ championship."

Arrivabene was also disappointed with how the season had worked out for the Scuderia after such a bright beginning to their 2018 campaign.

"Unfortunately, even though Kimi finished on the podium today, we were unable to reach our goal, which was to keep the battle going for the constructors’ title," he said.

"Congratulations to Mercedes on taking the teams’ title."

Verstappen gets public service duty from FIA after Ocon incident