Mercedes has often relied this season on Valtteri Bottas to act as a buffer between Lewis Hamilton and the team's rivals, but the Finn admits he's getting annoyed with the defensive role.

Early on in Sunday's Brazilian Grand Prix, as Hamilton led the field, the Finn put in an extra effort to keep both Ferraris and Red Bull's Max Verstappen at bay, a tactic which was repeated later on in the race when he was asked once again to contain Kimi Raikkonen.

At the end of the day, Bottas concluded his day fifth, having been overhauled 12 laps from the checkered flag by Daniel Ricciardo.

"Sometimes it was getting annoying because I had to do it so many times," said a frustrated Bottas, alluding to his defensive role.

“I tried, but in the end, it was just a matter of time that the people got through.

"For sure it could have been a lot better. Just the first stint, struggled with some overheating and in the second stint I had blistering on the rears.

"So once the blistering started, my pace was a little bit slow, and once Daniel [Ricciardo] got through, we had a free pit stop behind so that’s why we stopped, to minimise the risk.

"In the end it was just bringing it home." 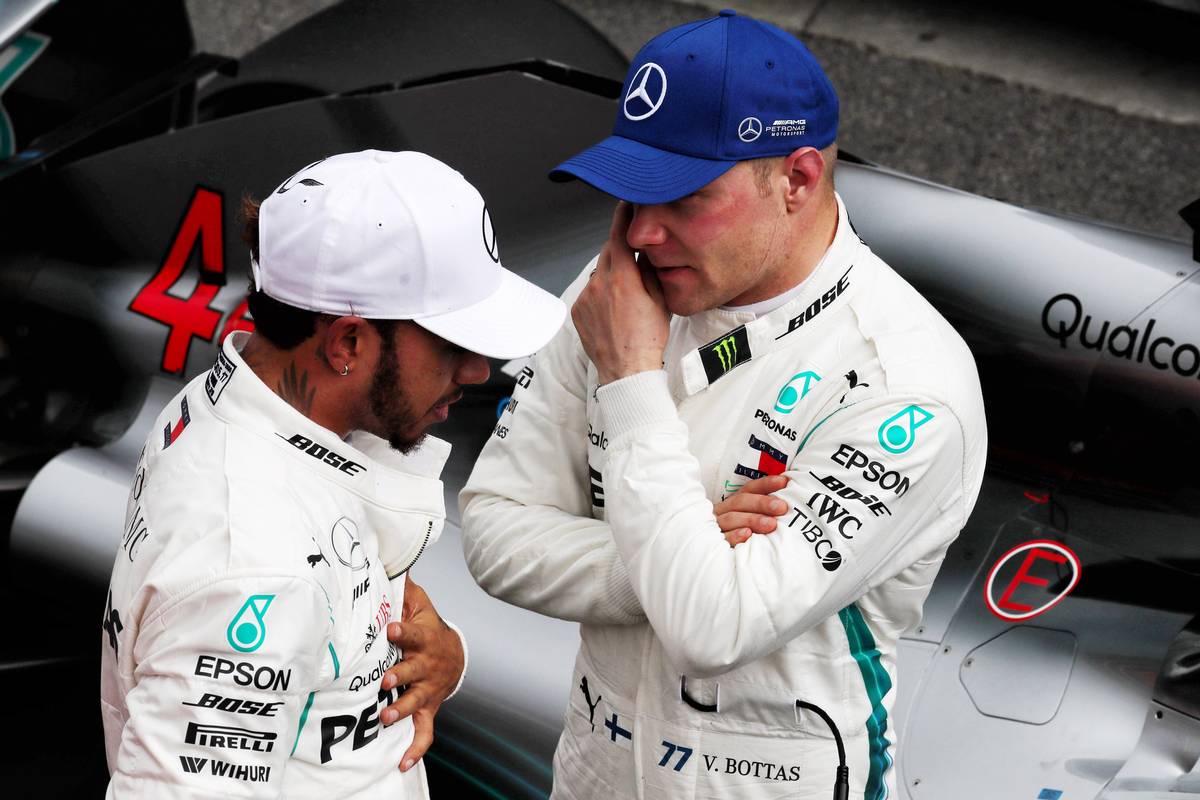 Beyond his frustrating day, the end result and Bottas' efforts contributed to Mercedes securing its fifth Constructors' title in 2018, a feat the 28-year-old valued from a collective standpoint.

"Everyone has been working super hard to make it happen and it’s impressive, what we’ve been able to do as a team.

"We’ve always kept it together under pressure. I think that was the main thing this season, so a big congrats and a big thanks to everyone in team."

Mercedes' 2018 campaign has been a tough one for the Silver Arrows squad as the balance of power between itself and Ferrari has ebbed and flowed.

"Every year it gets even tougher, it’s so many championships now in a row, it’s not going to get any easier next year, but I think that’s what motivates us," Bottas said.

"I think the key thing is we’ve minimised all the mistakes this year, we’ve kept united, the team spirit is only getting better. May that continue for long."

Lewis Hamilton has a few words for the troops