Ferrari team principal Maurizio Arrivabene says that the disruption likely from the United Kingdom's departure from the European Union next year could prove to be an advantage to the Scuderia.

Ferrari is one of only three teams not to base its F1 operations in the UK. Even American team Haas operates primarily out of Banbury in Oxfordshire.

But with Brexit set to limit free movement of workers between Britain and Europe, many of the designers and engineers working in the sport could find themselves with visa issues after March 2019.

Arrivabene believes that this could help his team attract top talent to Maranello. Similarly, Toro Rosso could find it easier to recruit the people it needs at nearby Faenza.

And although Switzerland isn't in the European Union, its stable relationship means it too should be able to find the people it needs for its operations in Hinwil, in the Swiss canton of Zurich.

"Looking at the situation into the future, I’m thinking about the solution for the overall Formula 1," Arrivabene explained last week.

“If everything is going in the direction that is announced at the moment, I suspect that in the near future we will find a lot of people that they’re knocking on the door of Maranello."

The situation with Brexit remains unclear, with the British government needing to get parliamentary approval for its proposed plan to avoid a sharp 'no deal' split with the EU.

"It’s not really the best scenario, talking about the overall Formula 1, so I hope they find a solution," he said.

"Not only for Formula 1 in general," he added. "[It should be able to] accommodate any kind of historical cooperation, and is going to look forward for the future and think about the best development for all of us.” 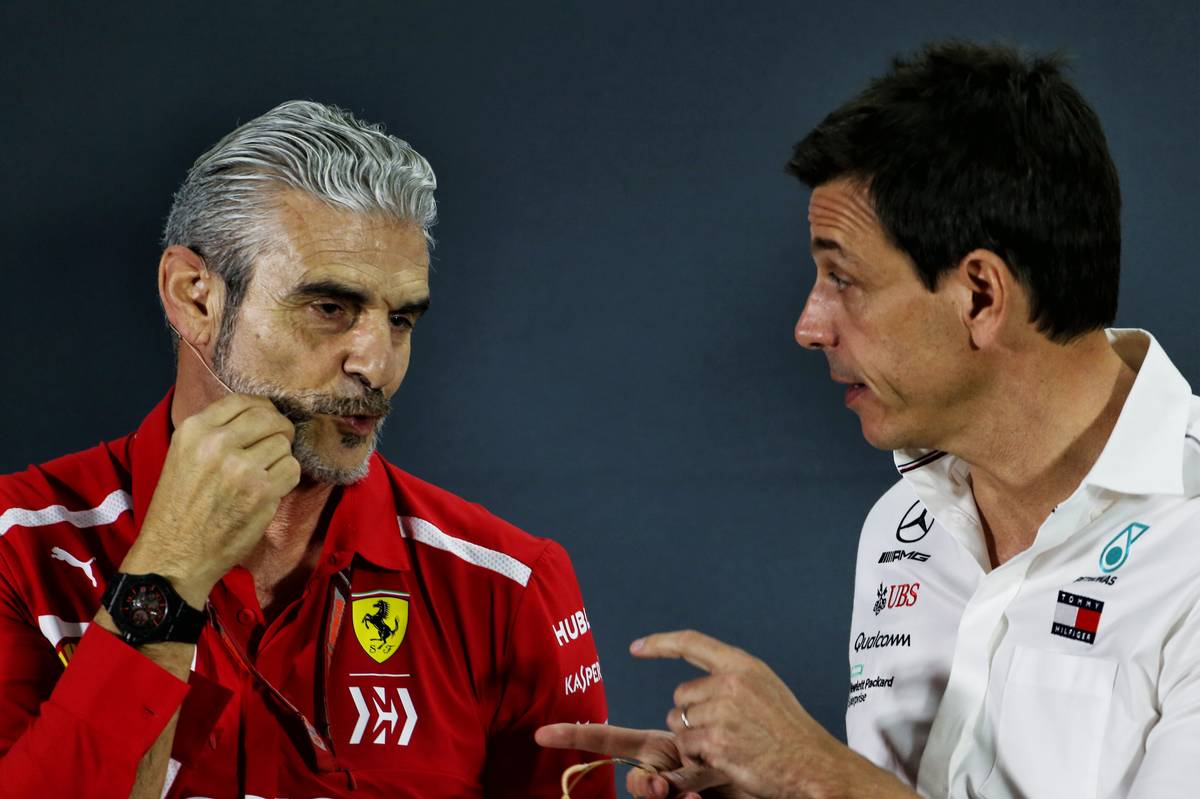 Over at Mercedes, team boss Toto Wolff admitted that they were closely monitoring political developments in the UK.

The German manufacturer operates out of two sites in the UK at Brackley and Brixworth, and Wolff admitted that it left its F1 operation in an exposed situation with regards to Brexit.

"We have a large operation in the UK,” he explained. “Our motorsport division, call it 1800 people, with a large percentage of EU citizens working for the team.

"We are importing lots of goods from the EU, we have taken steps to make sure they are not stuck on the border," he added. “So it is a factor for us ... Overall it is not a very pleasant development.”

Wolff said that he tried to keep his personal feelings out of politics, but in this case he was against Britain's departure from the EU.

"This topic is very close to my heart," he said. "We forget why we ended up with the EU: 70 years ago there was a war, and the European thinking was to prevent that in the future.

“In times where everything changes in the last two years, nationalism coming up in various countries, new alliances forming, others breaking up.

“My personal opinion – I’m not speaking for Mercedes – is here that we should be looking very carefully at the situation and not risk the economy of a country."