Nine-time Grand Prix winner Mark Webber believes that when it comes to qualifying and one-lap wonders, Lewis Hamilton is on a par with the great Ayrton Senna.

In the first half of the season, the Mercedes driver appeared outpaced by Ferrari's Sebastian Vettel, but the German driver's title challenge subsided on the back of team and driver errors, and Hamilton's strong post-summer run.

His successful campaign saw the Brit become the first driver in F1 history to score more than 400 points in one season, while his pole position tally increased to 83, putting the 100 mark in sight over the next two years.

"In qualifying – I’ve said it once, I’ll say it again – he’s the best since Senna. I mean he is better than Michael (Schumacher) over one lap," Webber told Speedcafe.com.

"Arguably he is definitely the best in the last, getting on for 40 years. He’s up there with Ayrton on one lap.

"Lewis doesn’t go off the road much on Saturdays but he’s had this devastating turn of speed when he needs to turn it on."

Webber, who competed against Hamilton for several years, witnessed first hand his former rival's outstanding ability, admitting that weaknesses are hard to identify.

"I don’t know what his real weaknesses are, that is why he is so dangerous," said the former Red Bull Racing driver.

"He has definitely had the measure of Sebastian (Vettel) of late. We know he is as strong as Fernando, so he’s been hard work for all of us over the years and that’s why he’s got the track record that he has." 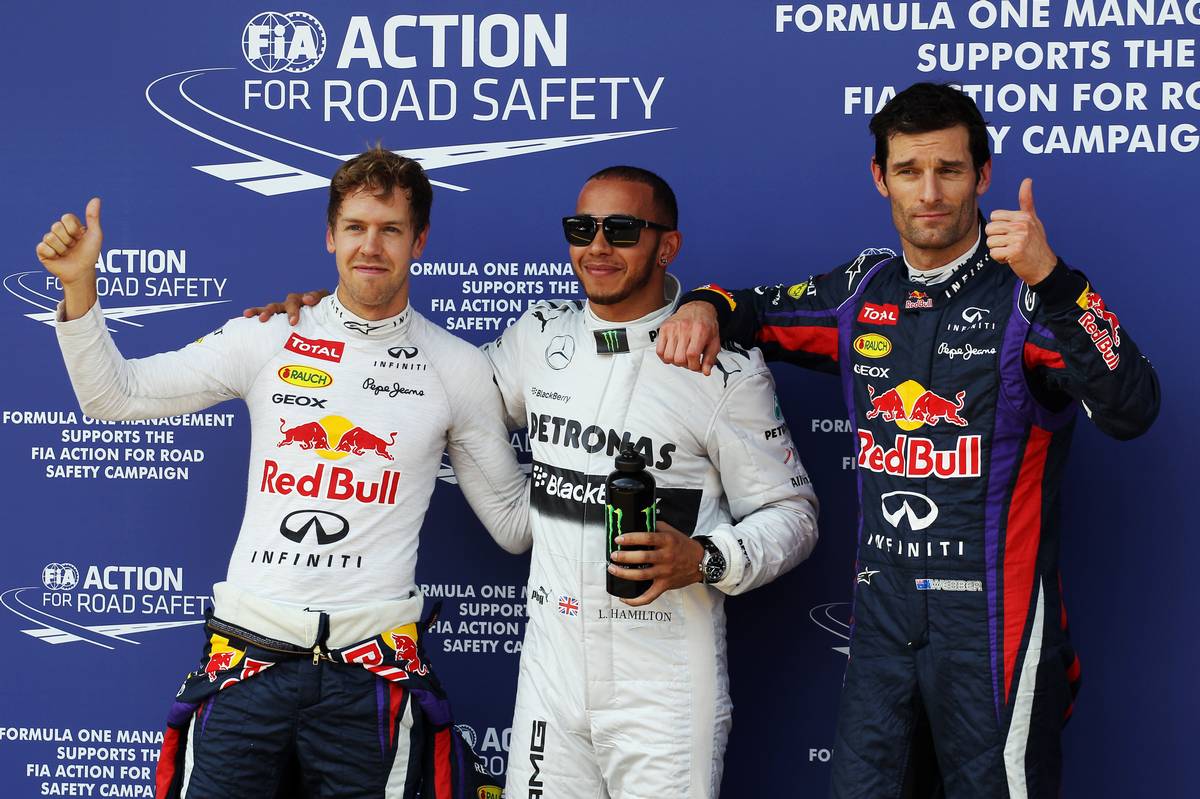 Hamilton has committed to Mercedes for another two years, but Webber believes 2019 will be key to the 33-year-old's motivation to extend his stay at the pinnacle of racing beyond 2020, and perhaps take a shot at overhauling Schumacher and his seven world titles.

"He is one of the greats (and) he’s not finished yet, so he can be at the top of a lot of the statistics, which is incredibly, incredibly impressive feat," added Webber.

"He could go all the way, especially if he gets (his sixth world championship) next year.

"I think that’s going to be a big indication of whether he’s got the motivation to try and get past Michael, which obviously will be eight.

"Have the next three years on the bounce, a lot of people probably would have switched off by then.

"To watch the record happen would be incredible but there is a lot, a lot of racing to be done."