Ferrari could be set for another big management switch after last week's change at the helm of the Scuderia, with Stefano Domenicali possibly returning to the House of Maranello.

The ousting of Maurizio Arrivabene and his replacement by technical director Mattia Binotto was confirmation of a rumour swirling in F1 for the past few months.

However, reports from Italy are now suggesting that Domenicali, who led the Scuderia from 2008 to 2014, could take over from Louis Camilleri as the manufacturer's chief executive, a move initiated by Ferrari president John Elkann according to the Corriere dello Sport.

The 53-year-old Domenicali is currently the CEO and President of Lamborghini where the Italian has done wonders in the past two years, nicely boosting the prestigious luxury marque's overall sales.

A return of Domenicali to Ferrari would also provide the manufacturer with an astute and knowledgeable manager capable of negotiating a new Concorde Agreement with Formula 1, a difficult task that could prove a bridge too far for the overbusy Binotto.

Needless to say, a potential return of Domenicali to Maranello would also lead to inevitable speculation about Fernando Alonso, the two men having worked together from 2010 to 2014. 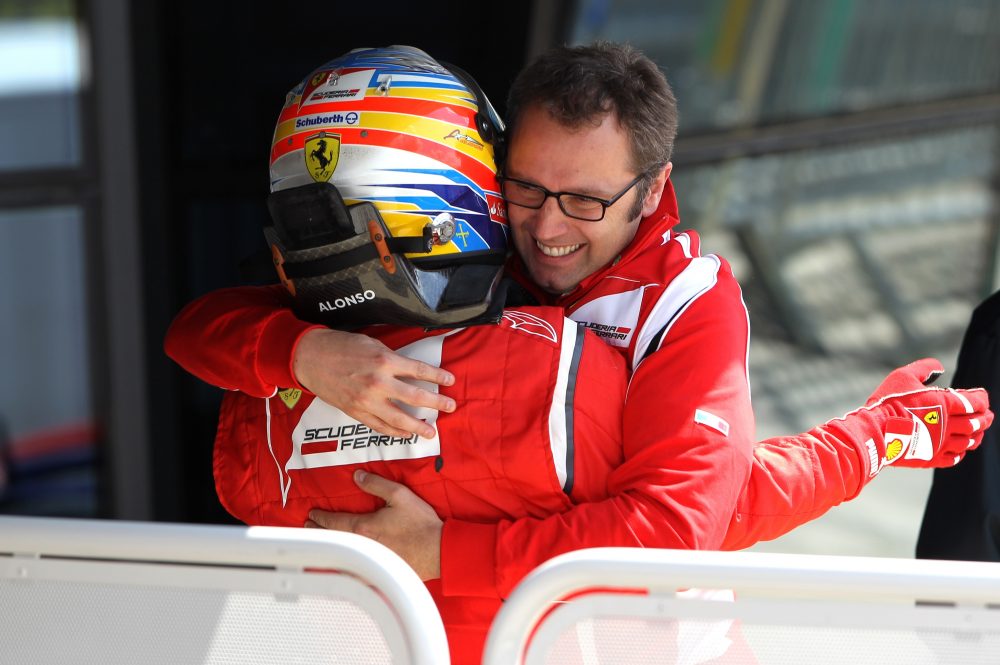 The Italian executive recently said that the two-time world champion who won't be racing in F1 in 2019 could return to the fray after a 12-month break, and possibly with Ferrari!

"It would be a great story, but it is something that should not be forced," Domenicali told Auto Bild back in December.

"But if in the future he makes that decision, why not?

"Of course it depends on whether Fernando returns and to all the other people involved and I leave that decision to them."

Chandhok: 'A-lister' Ricciardo moving to Renault a year too early