McLaren is still mulling the possibility of calling upon Fernando Alonso as its reserve driver should circumstances warrant it.

While the Spaniard has departed Formula 1, he still retains a formal link with McLaren through the team's Indy 500 endeavour.

However, the Dutchman has not been nominated as a McLaren reserve, at least not yet. For now, Brown is keeping his team's options open.

"Fernando is still part of the team with our Indy 500 project," Brown said on Thursday at the team's 2019 launch.

"Gil [de Ferran] ultimately leads our kind of driver plan so we have a few plans in directions that we could go if we needed a reserve driver.

"I think we'd probably stop short of announcing our reserve driver, but I think there is a variety of drivers out there that if we need someone on short notice that could fill that role." 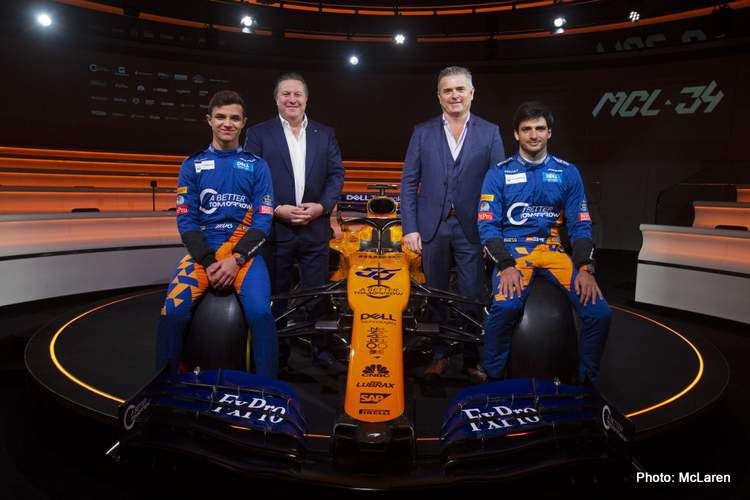 With regard to pre-season testing which kicks off next week, pundits speculated that Alonso could be present in Barcelona, but Brown isn't making any projections, insisting McLaren is committed to running Carlos Sainz and Lando Norris at the Circuit de Catalunya.

"Right now we are taking testing one day at a time," he said.

"We are focusing on our racing drivers. Any time you go into pre-season testing and doing everything from reliability to performance, you have a set plan and you take it one day at a time."