The livery of Ferrari's SF90 challenger boasts a small but potentially crucial detail that might not be immediately apparent to the naked eye.

Although still scarlet red, the new Ferrari's paint job is a matte finish rather than the usual glossy application. It means the 2019 car will be a slightly darker hue than is traditional.

"The reason is not aesthetic, but exclusively technical," new Ferrari team principal Mattia Binotto said on Friday at the press launch in Maranello for the new car.

"Eliminating the shiny element gives us a few hundred grammes," he revealed. "[It] may not sound like much, but when you push everything to the limit even this has an effect."

Ferrari is by no means the first to make this sort of change to their car's design in pursuit of saving a few hundredths of a second. Red Bull likewise moved to a matte finish paint in 2016.

While the off-season changes to the aerodynamic regulations appear relatively minor, Binotto said that the new rules have had a major effect on the team's preparations.

He said that the paint was an example of just how much the team had managed to tweak and enhance for the forthcoming new campaign.

"The new aero regulations [have] been a gamechanger for the next season," he said. "We pushed to improve every detail,. 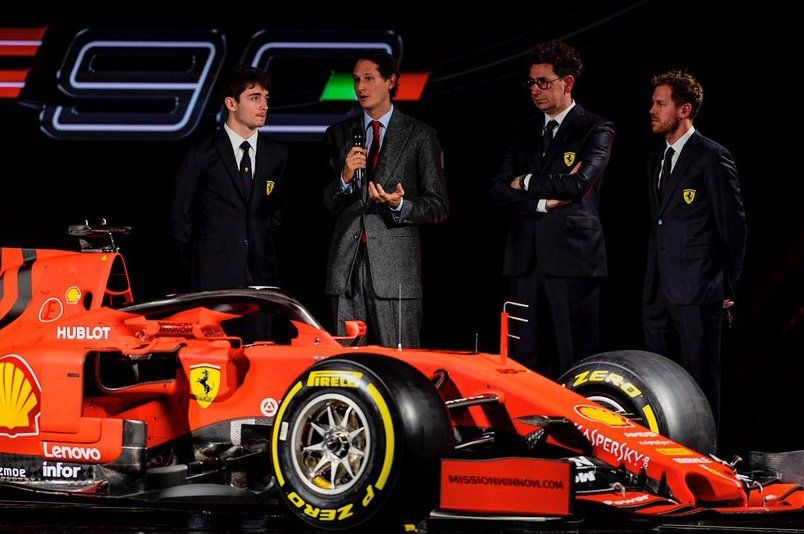 "Push it means to try to go beyond previous limits, and those that we have achieved. I think they are very close to the natural limits of the car."

Binotto conceded that last year's SF71H had ultimately came off second-best to Mercedes, but felt that the improvements that the team had found over the winter could put them back on an even footing with their rivals.

"[Last year's car] was not strong enough to win at the end, but it was a good baseline," he said.

"We will try to learn from the past what was wrong and try somehow to address all the issues we have got and make sure we’re ready for the season.”